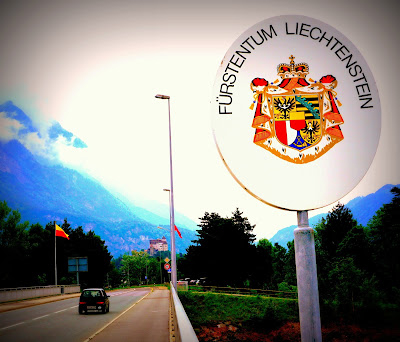 One of the great things about Europe is that you can visit other countries just as easily as one can visit other states in the US - just drive across the border, and odds are the border isn't terribly far away.

With this in mind, as soon as I found out I was being sent to Switzerland for work, I was determined to visit some other countries, and add them to my geocaching stats map.

Top of my list was the small country of Liechtenstein.

When I say small, I am not kidding.  At 61 square miles, the entire country is smaller than Washington DC, and at 37,000 residents, its 1/20th the size in terms of population.  It only has 176 geocaches in its borders.

It is, however, the second richest country in the world (per capita - first is Qatar), so it may be small, but it has some game.

As far as I can tell, the country is really just one long valley.  Nestled in the Alps, and just across the Rhine from Swizterland.

It also, being an old European country, is home to castles. This one is the Gutenberg castle. 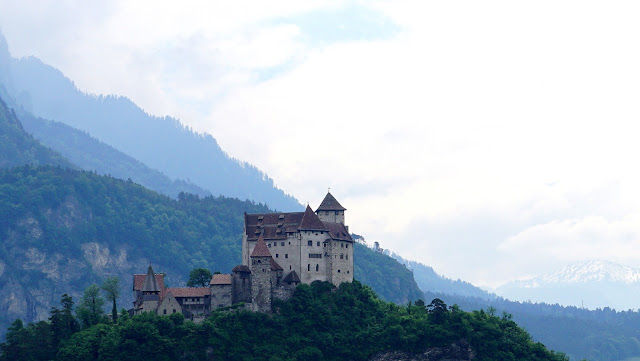 The castle started construction in the 1100s.

Mountains dominate the landscape.  It always struck me as an odd mixture of seemingly large sweeping pastureland bordered by towering mountains.  Makes for some very dramatic landscape.

Liechtenstein isn't very big so I had to double up on shots, so here is another, closer shot of Castle Gutenberg. 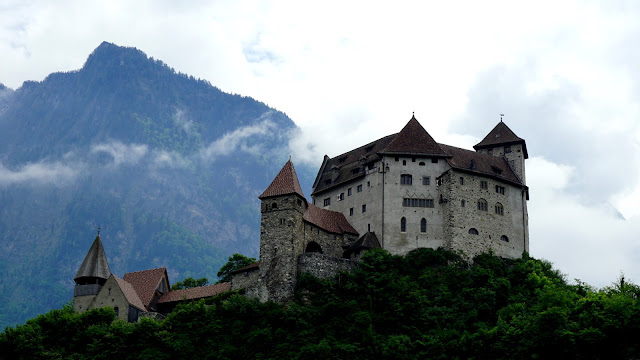 This is the view from Liechtenstein's First Cache, and  what a view it is.  I can take geocaching in a place like this all day. 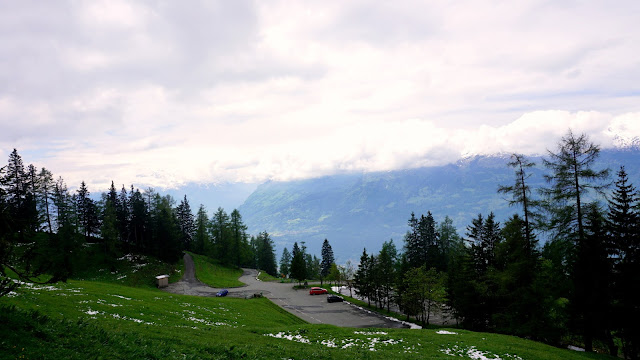 Another view of the valley, with the Rhine river flowing through it.  Some of the closest peaks are 11KMs away.  Pretty sure the farthest peaks are actually in Austria. 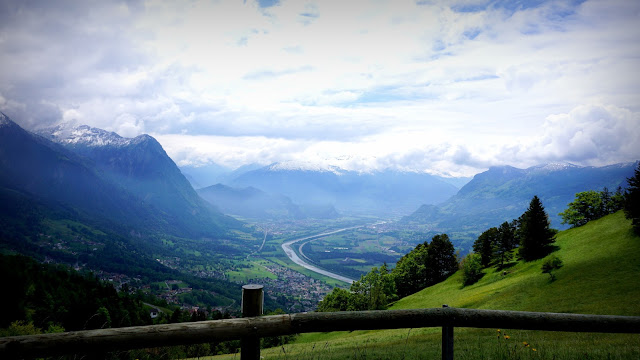 Liechtenstein is a monarchy, with the head royal being a Prince - making it officially the Principality Of Liechtenstein.  This is, apparently, the Princes official residence.  Number of guards spotted during my visit?  Zero.  It pays to not make enemies. 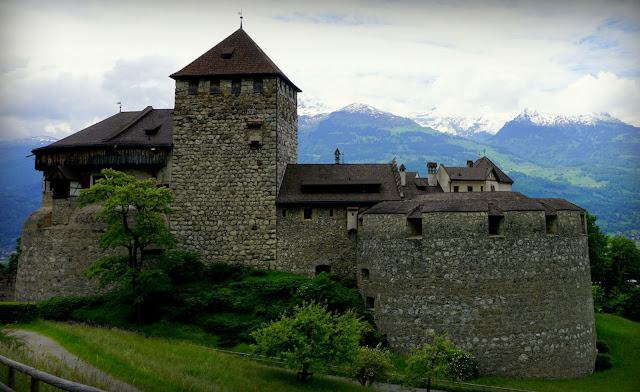 My time in this beautiful country was short, but definitely a memorable one.  Pretty sure this place goes down as my most favourite European country I have visited to date.

I hope to make it back here someday.  Who wants to come with me?
Posted by Dave DeBaeremaeker at 8:41 PM