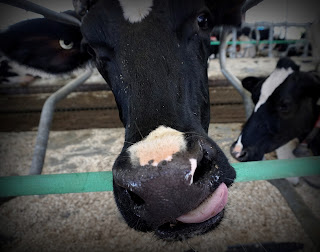 A wise rock star once told me that everything is better with a cow around.

I have little reason to disagree, however since I spend most of my time in a town, I needed further proof.  So today the grandparents and I took the kids to a farm to check out that sweet cow action.

The farm was holding an open house, which is apparently something farmers do when they want to show off their new barns and various whatnots.  They offer free food, and time with cows, so who am I to complain?

In this case the sweet new barn contains an automated milking machine. Whenever the cows feel the udder need to lighten their load (or when they moo to themselves "this is udderly ridiculous". (cows, apparently, are hilarious)), they can wander over to the milking parlour and get milked. 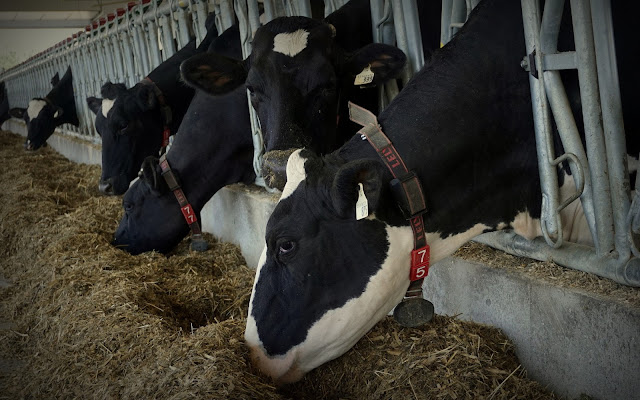 Apparently there is also a roomba like device that goes back and forth along the feeding area to keep the hay up against the wall where the cows can get access to it.  Yes, this farm has droids!  It is like living in the future, but with a promise of delicious milkshakes and, eventually, steak-ums. 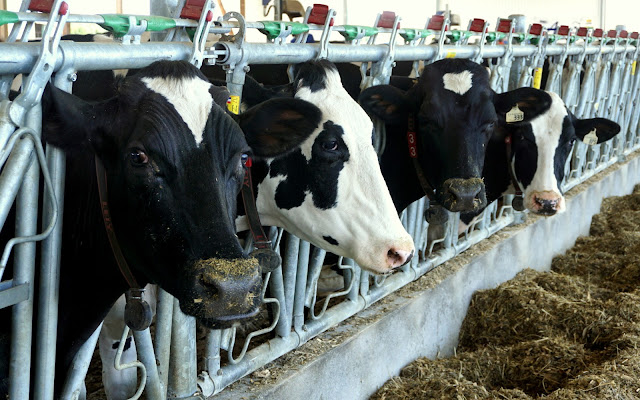 The kids spent some time checking out the farm equipment.  Zeke decided that this tractor was not his size, and headed off to find a more appropriate ride. 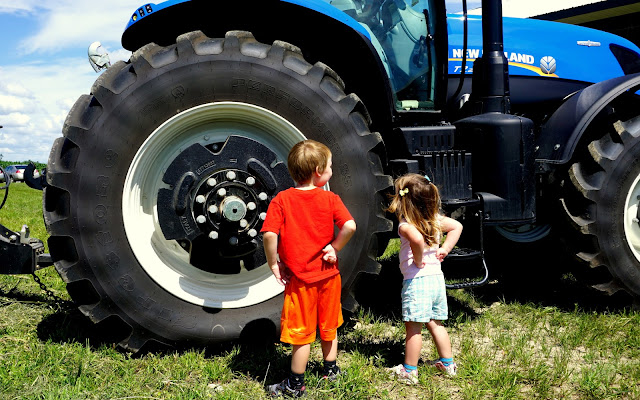 We eventually, thanks to a farm kid, found where they keep the calves - apparently they store em in hutches outside - think dog house, but more straw and mooing.  This is to keep the young'uns separated from the herd so they don't spread diseases. 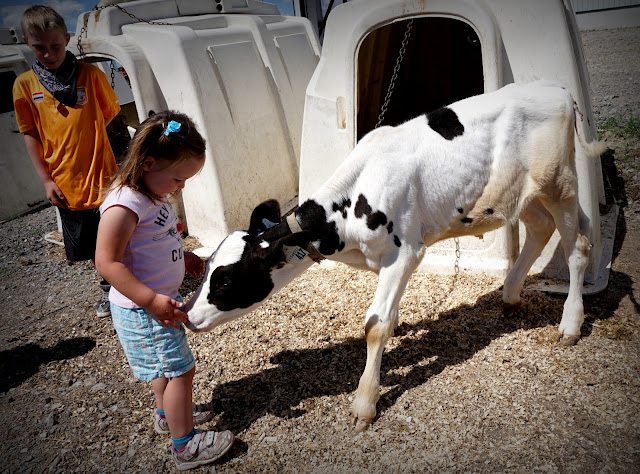 Cows are curious creatures, and as you walk thru the barns, they often stare at you, checking you out.

If you are lucky, they also stop to say hello! 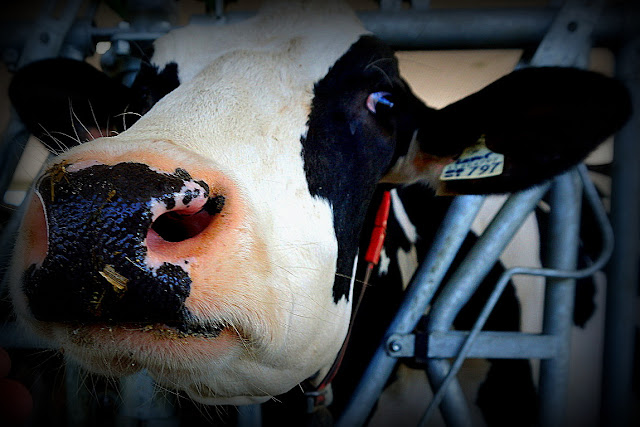 Posted by Dave DeBaeremaeker at 9:17 PM