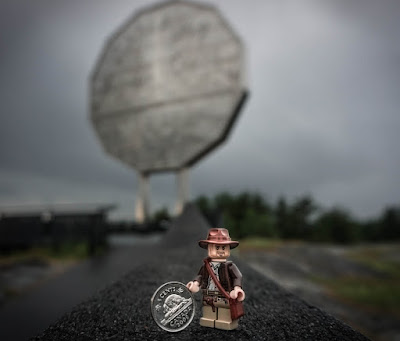 For those keeping track, we are on the third day of tales from The Great Canadian Road Trip.

We, being my wifey, a Scavenger friend by the name of Ron, and Yours Truly, woke up this morning in the gateway to the north: North Bay Ontario.

We hopped into the Geovan of Destiny and headed left on the Trans-Canada Highway.  Our destination?  Adventure! (also Agawa Bay, but adventure sounds more dramatic.)

Our first stop of the day was at Science North in Sudbury.  This is a science center, and home to the famous Big Nickel (Sudbury being the nickel mining capital of the world, so they say).

We arrived just in time for the sky to open up and dump a deluge upon the ground, and threatened to soak everything on said ground.  Since we were on this rapidly saturating ground we headed indoors to check out the stone globe. 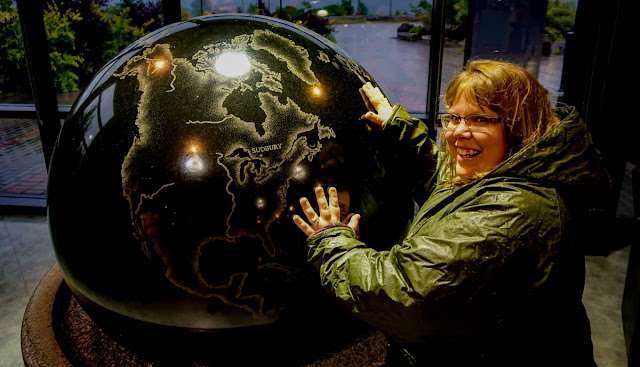 When the rain stopped, we headed back out to the van (luckily we did not reach "ark" stage).  In case you missed the demonstration of the Big Nickel by Indy above, here is a better look. Since northern Ontario is lightly populated, I was excited at the possibilities of checking out some things that are seldom seen.  Turns out they keep all of stuff down this road here (convenient, eh?) 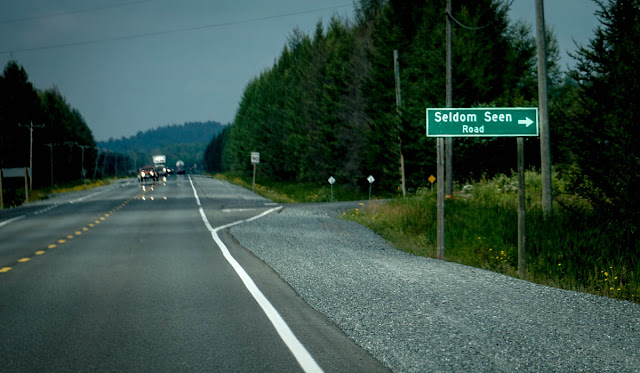 They have a saying down south that "everything is bigger in Texas". Such hubris!  Apparently whoever said that has never been to Ontario.  For example, our chairs are bigger than your chairs. Other things that are larger up north: the length of the Canadian highways (and the grip on the dream that the Leafs will win the cup this year).

The north is also known for its plethora of animals.  Here is Ron taking photos of some Canadian wildlife in Sault Ste. Marie. 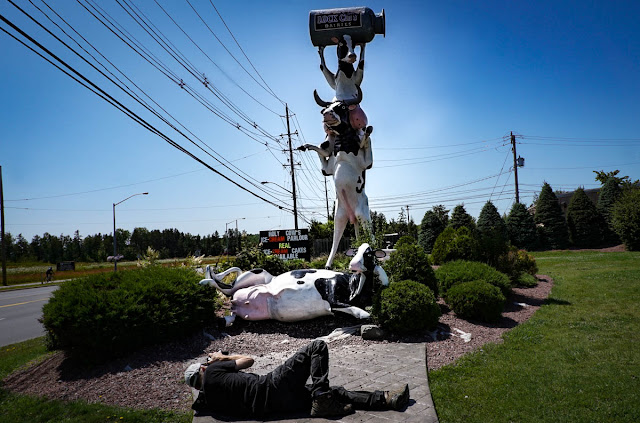 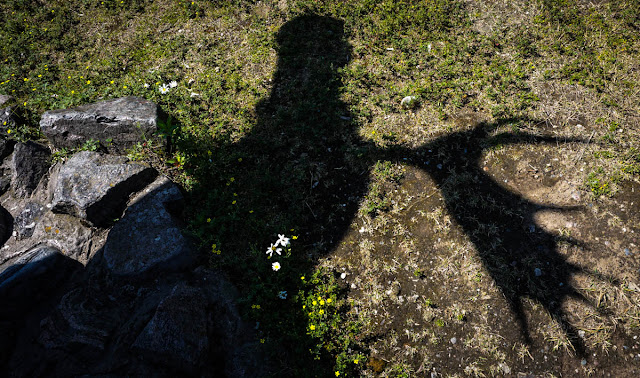 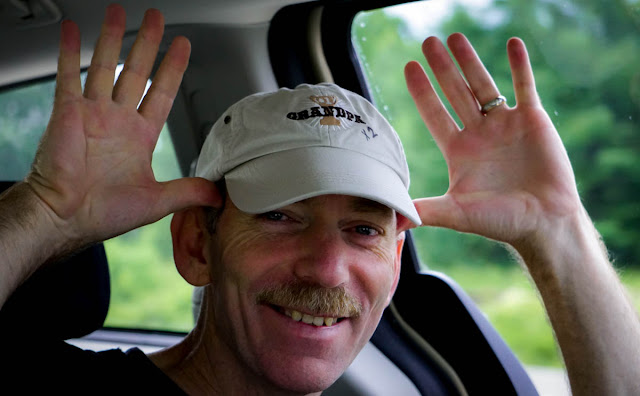 We spent a good portion of the days trip driving in, and then beside, lots of water. After a while we drove past Lake Huron and arrived at the big lake they call Gitche Gumee, aka Lake Superior (the largest freshwater lake in the world - no doubt as it took us all of tomorrow to drive to the other side, but thats getting ahead of myself).

It was kinda awesome finally getting to put eyes on (and a toe in) Lake Superior.  We played Gordon Lightfoots: Wreck Of The Edmund Fitzgerald as a tribute to this vast body of water (not to mention it satisfies the requirement that every day should include at least one Lightfoot song.)

During one of the first sights of the huge lake we noticed that a fog bank was sitting just over the water.  It was a very odd sight to see, so I stopped by the side of the road for a photo op. 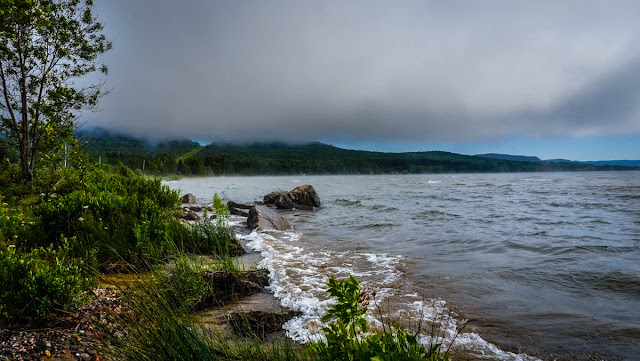 I love partially overcast days - the dramatic light of a cloudy sky with a bright sunlit ground makes for some fantastic light.  I was glad the lake offered up such a great view of her majestic shores.

Our destination for the night is a campground on Agawa Bay, deep in Lake Superior Provincial Park, on the northeast shore of Superior.  When we arrived we quickly set up camp, then settled in to enjoy the awesome nature that Canada is famous for.