The Great Canadian Road Trip: On A Westward Trajectory 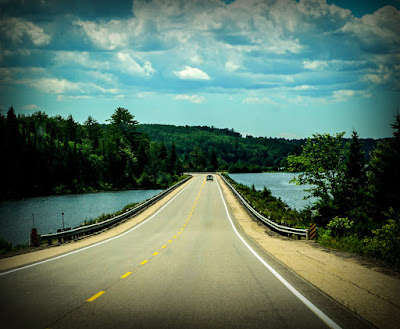 Our strategy from yesterday of heading east from southern Ontario to get to Alberta has proven to be folly.  So after a good nights sleep we decided to revise our strategy.

After pausing to cosume a delicious plateful of pancakes, and a deep round of thoughtful reflection, we instituted a revised plan: Plan B.

Nothing feels more official than a Plan B.

Our plan?  To hop in the Geovan of Destiny, hit the Trans-Canada highway headed left across the map, and don't stop until Alberta.

That is precisely what we did.

Now it is important to grasp that Canada is a very wide country.  Despite what some of my American compatriots would believe, Vancouver and Toronto is more than a few hours drive apart.  In fact, it takes 24 hours of solid driving to get across Ontario right to left, and were were as close to the right side as makes no difference.

This all is a long way of saying that we were going to make a lot of stops along the way.

Our first stop was the St. John Chrysostom Catholic Church in Arnprior Ontario. We saw the church from the road, and since it looked like a old European cathedral, we decided to stop by and take a closer look.

The church was full of interesting stained glass like this one. 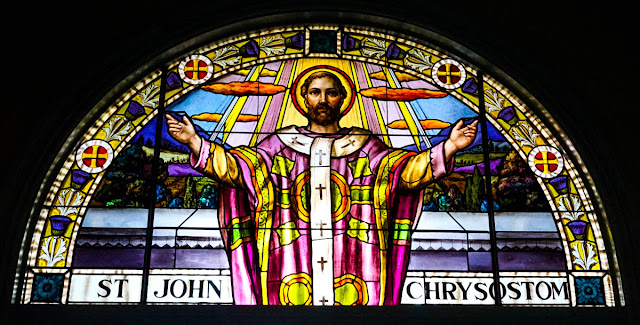 The main chapel area also reminded me of an old European cathedral.  Certainly more so than the normal protestant churches I've experienced in Canada. 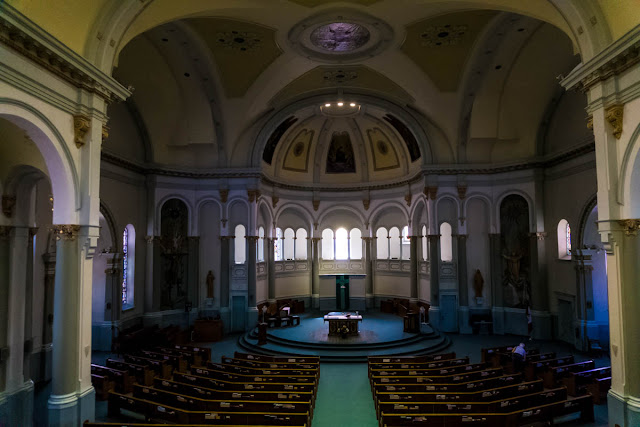 We arrived in Pembroke Ontario at lunch.  I spent my high school and college years in Pembroke, so it was nice to see some of my old haunts.

We ate lunch on the waterfront overlooking the Ottawa river.  After lunch I explored the waterfront, and came across this dog who seemed to love the water. 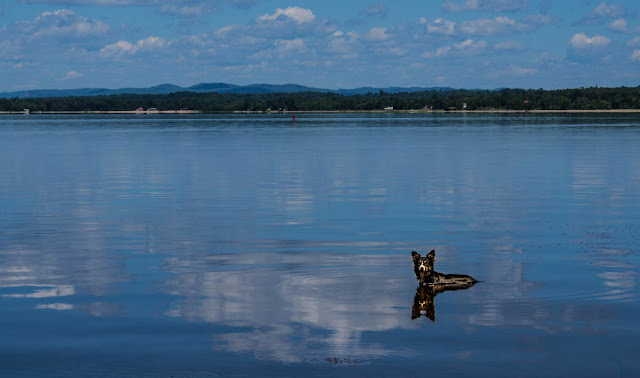 Across the river is the province of Quebec, but since I only parlez petit francais, I figured it would be best if we kept heading west.

A few more klicks down the road we ended up at a museum where we ran into some classic Canadian symbolism: 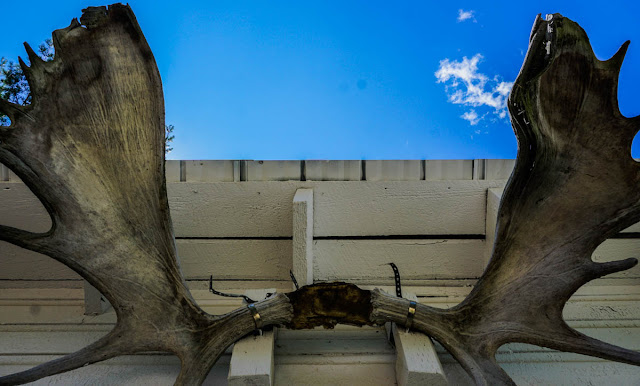 The only thing better would be if they had an old wooden canoe...

Oh look! They got one!

Ontario is full of lakes.  In fact there are so many lakes in the province that they have not finished counting them all yet.  It would be almost a crime to not check some of them out, so we did. 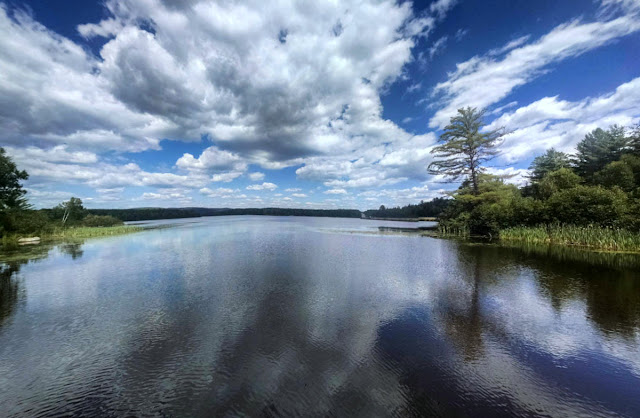 A few hours later we arrived in the city where we would spend the night: North Bay.  Our first stop there was the house of the Dionne Quintuplets.  The Dionne Quints, born in 1934, were the first quintuplets to survive into adulthood.  They were declared to be Wards Of The King, and put on display as a major tourist attraction for the first 9 years of their life (and made public appearances for years afterwards).  It was interesting to get up and close to an infamous chapter of Canadian history. 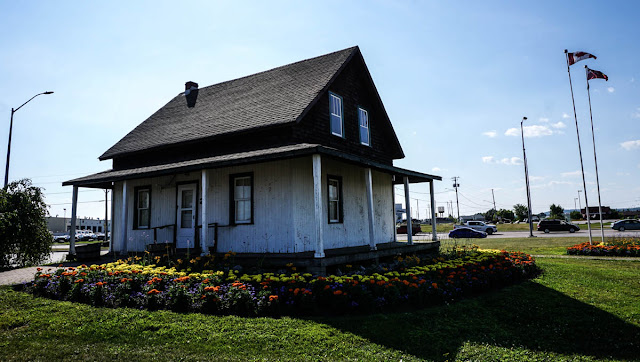 After cosuming a delicious supper, our merry band of travelling Scavengers met up with a local(-ish) Scavenger by the name of +Sarah Lavallee at Sunset Park for some sunset photography (the symmetry knocks me over).

This is the best shot I came up with. 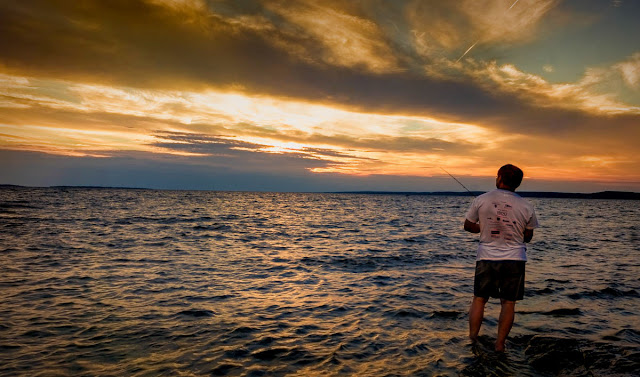 After the shoot we headed back to the hotel and called it a night.  Day two is in the bag.

We are also at a watershed moment, for neither my wife nor I have really been farther west in Canada than North Bay, so from here on out we would be exploring brand new territory.

I wonder what the Great White North has in store for us.

Posted by Dave DeBaeremaeker at 10:15 PM