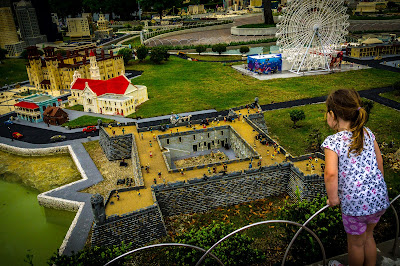 It would not be a trip to Legoland without seeing a lot of lego models.  I mean, seriously.

So when we were at Legoland for Spring Break, we spend quite a bit of time checking out Miniature Land, the land of, well, miniatures.

Miniature Land was broken up into logical scenes - the highlights of London, New York City, Las Vegas were there, as well as themed sections like racing, NASA, and pirates. Here Abigail is looking over the Tower of London.

(There was also a whole section from a certain galaxy long ago and far far away, but I am getting ahead of myself.) 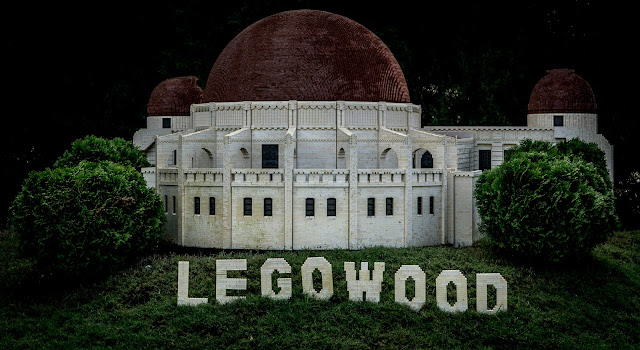 Some of the miniatures were animated, tho a lot of it was very simplistic cheesy animation, like this dolphin, that "jumped out of the water" in a loop. 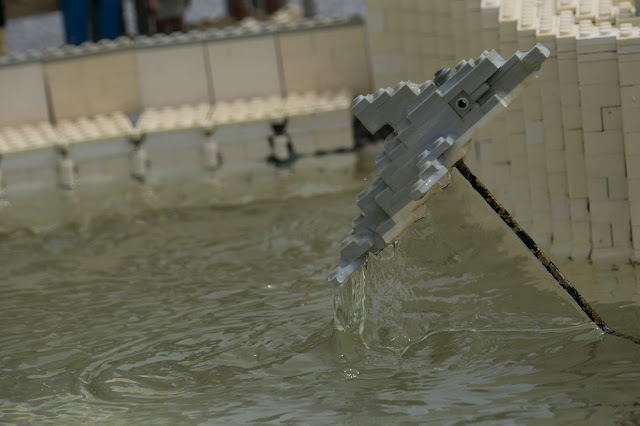 Some of the animations were activated by buttons the kids could press.  Most of these squirted water at something.  These elephants were aimed to shoot the water back at the kids - take that button presser! (not pictured: the laughter of freshly dampened children.) 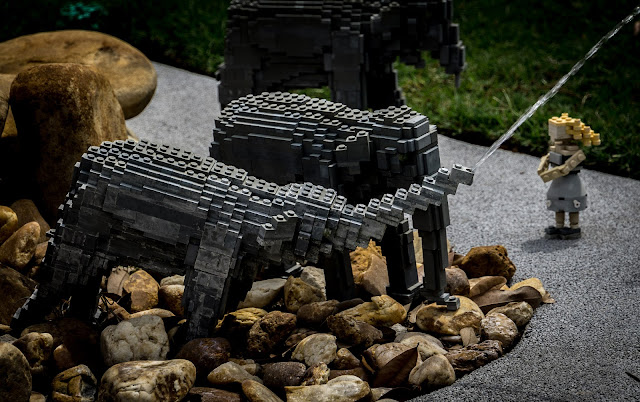 The Space Shuttle model was pretty cool. Every 10 minutes the shuttle would "launch" in a puff of smoke. 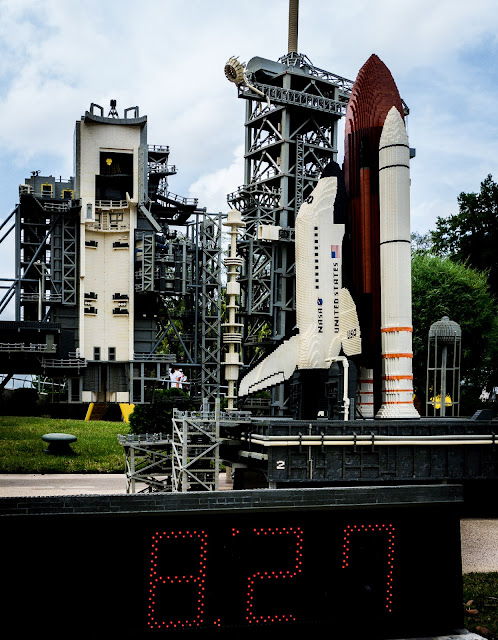 10 minutes is a long time for kids to wait, so luckily around the corner was a button activated drag race. 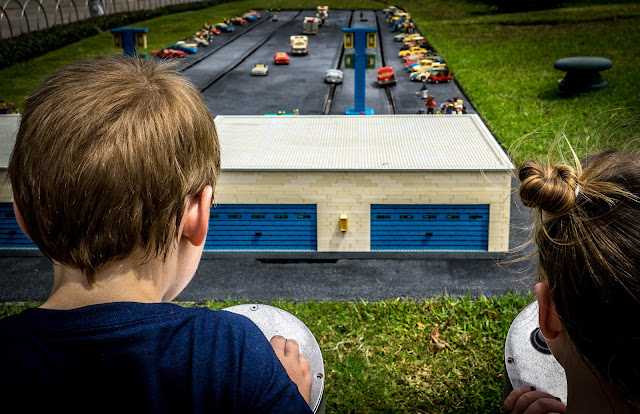 The Las Vegas scene included the iconic sign, and much to my amusement, billboards.  They seemed to tone down the hookers tho (which I think its an educational opportunity missed, but my wife doesn't agree). 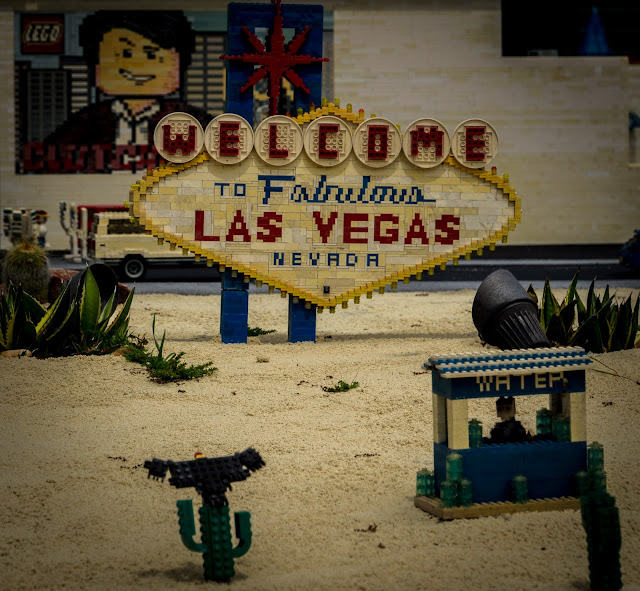 The final scene from Miniature Land is a full scale naval battle scene.  The defenders on the hill exchanged shots from the ships in the harbour - lots of sounds, puffs of "smoke" (water mist) from the canons, splashes of water where the shells missed (Lego soldiers have crappy aim, it seems), and ships that sailed around.  It was quite involved and impressive. 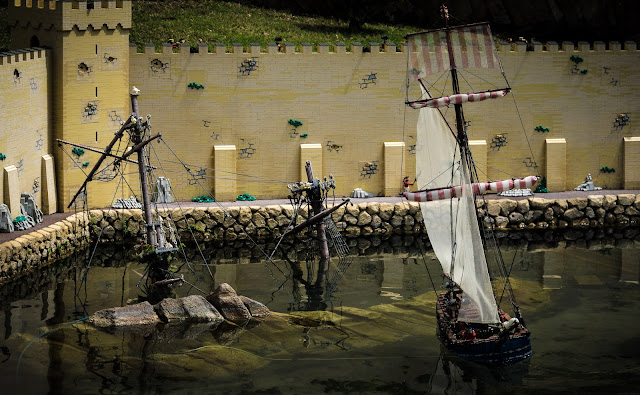 So thats a flavour of Miniature Land from this galaxy. There was that other galaxy I mentioned, but that deserves its own post, so stay tuned.
Posted by Dave DeBaeremaeker at 8:08 AM