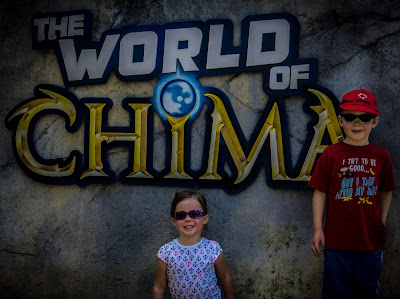 Day two of our Spring Break vacation found us waking up in a hotel near Savannah GA.  We piled in the Geovan of Destiny and headed south towards Florida.  Our goal:  The grandparents (Pake and Grandma) RV park where we would spend the week.

Wifey and I had a plan... a nefariously awesome plan... to add a unique adventure to the vacation.  However we waited until we arrived at the Floridian border, and the visitor center (free OJ baby!) to inform the kids.

So off we drove, like mad brick loving fools, in a safe and controlled manner, to eat up the 120 miles between us and the brick lovin' world of Lego. 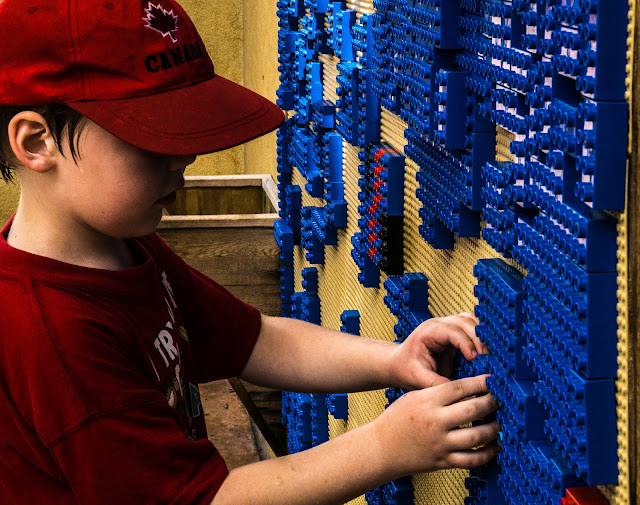 Legoland is actually incredibly well designed for doing a theme park with kids. There were lots of rides to go on, some for the older kids, (6-12) some for the younger.  However they co-located the younger kid rides with the older kid rides which made it handy for, say Zeke and Daddy to go on a roller coaster, and Abigail and Mommy to go on a train ride, and still meet up just outside when done.

They also have play areas with Lego in them for the kids at many of the rides. So if one had a long wait, you could drop the kids off in the play area, while the parents lined up for the (sometimes 15-20) minute wait.  Once the parents get closer to the front, they pick up the kids.  This means the kids patience is only tested for 3-5 minutes, which is less of an eternity for the toddler set.

The place was also strewn about with characters made out of Lego, like these lecherous drunk looking monks (well, what would *you* put in a theme park for kids?!?): 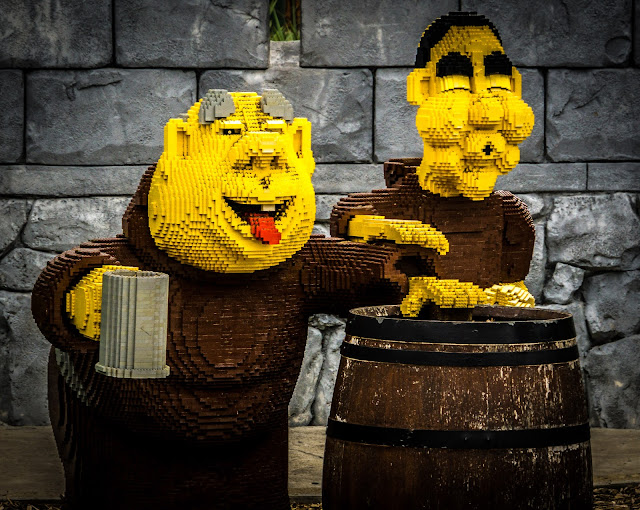 Zeke was, of course, thrilled to hang out with Kai from Ninjago. 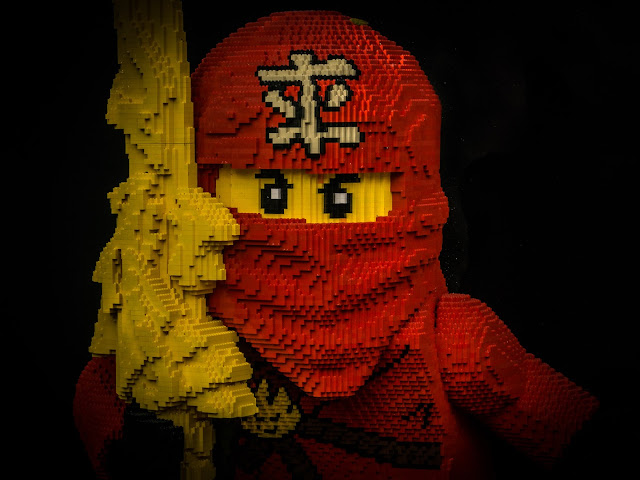 So about those rides.  It turns out, much to my surprise, that Zeke loves roller coasters, so we made plans to hit all of the roller coasters in the park.  This was great as there was more fun to be had, but this was bad because as we were waiting for the second roller coaster, Legoland closed all the rides due to lightening in the area (something about legal issues of deep frying park guests as they crest the top of the roller coaster - some people have no sense of adventure).

Luckily we actually planned on spending two days in the park, so we spent the rest of the afternoon doing the non-ride things, and made plans to be at the park first thing in the morning to beat the crowds and get in all the rides.

So as a result, this was us early the next morning: 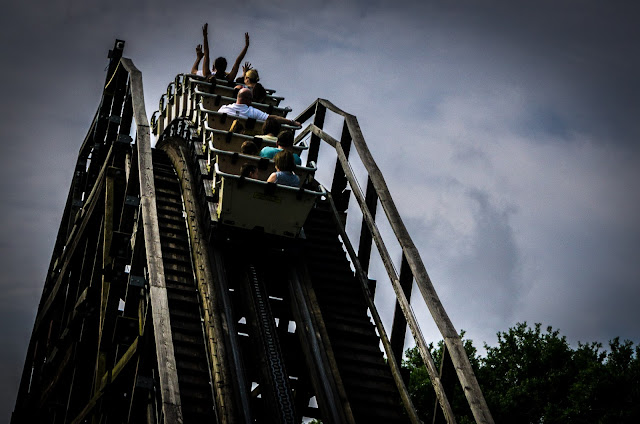 (Not pictured: us.  We did go on this ride, but the photo is more of a "use your imagination" type deal).

The lines were really short at the beginning, so we were able to quickly ride many of the rides several times without waiting - yay for early risers!

We spent the rest of the day going on rides, and checking out Miniature Land, where they have a lot of models.  However since that is picture heavy, those will be in follow up posts.

For now, its time to go shopping in the gift shop! 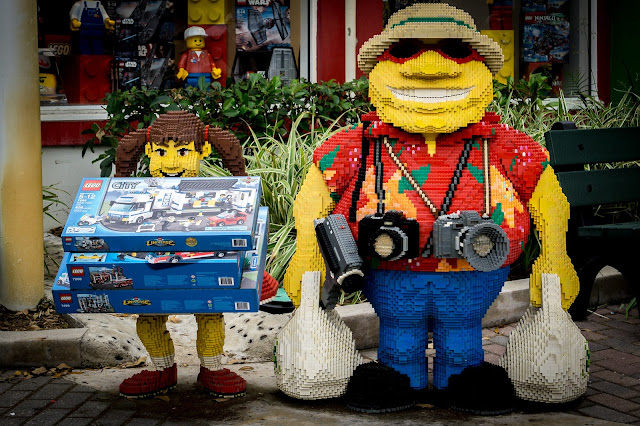 So that is the Lego-est of lands.  Stay tuned for scenes from Miniature Land, and that time our kids realized a life-long dream.