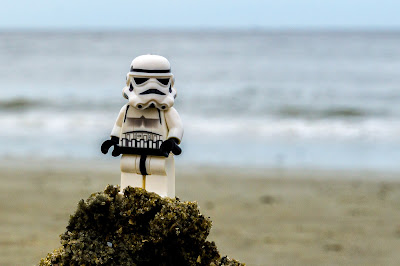 When last we left off on my tales of Spring Break vacation we had just left downtown Savannah Georgia, having successfully tracked down a magnificent bridge. We were headed off to find a beach to explore.

To limit the suspense, let me start off by saying, we found the beach!  After nap times in the car, during which I geocached a bit around the beach area while the kids slumbered, drooling up their car seats, and generally being quiet and unconsciously adorable, we headed off to the beach.

The beach in question, located about 30 minutes east of Savannah, is called Tybee beach. Tybee beach is located beside Tybee Lighthouse, all located on an island known as (wait for it...) Tybee Island.

It actually ended up being quite a nice beach. Clean sand, nice surf, and few crowds.  It met Abigails approval, so we stayed to play for a few hours. 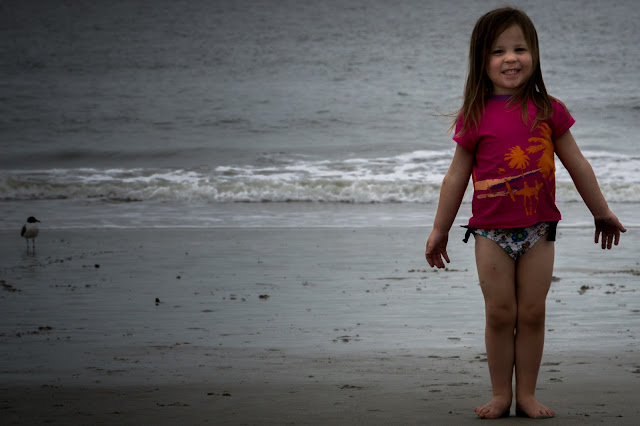 On the northern edge of the beach was a large rocky stretch of rocks, which made for a nice place to explore for daddy while the kids played in the sand. 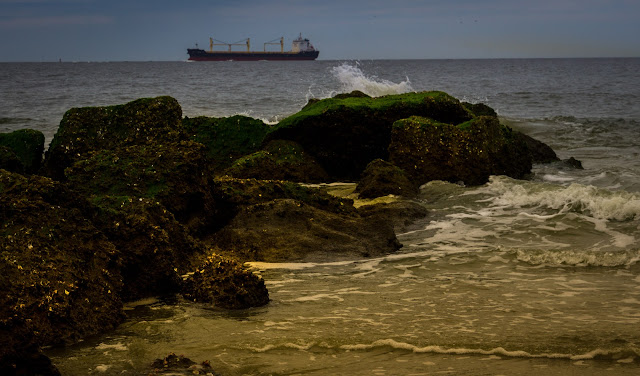 When I got back to the family, I found that even my wife was getting into the spirit of playing on the beach. 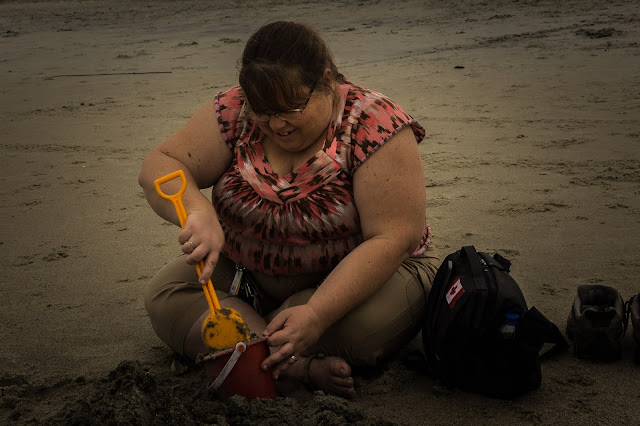 The kids certainly had. 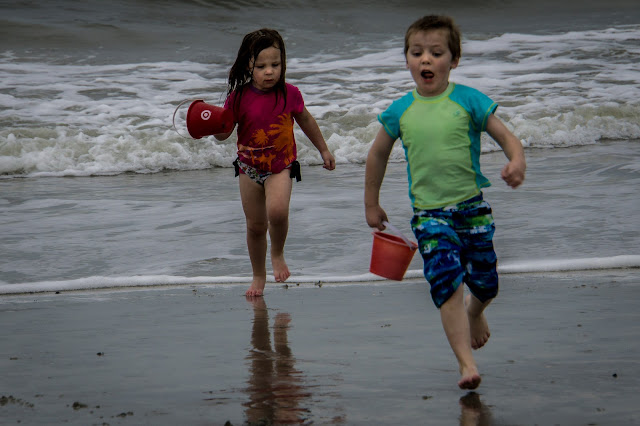 So we played for a couple hours until dark (which was around 6:30PM), then we headed back to the hotel to get some food, and rest up, for tomorrow we would leave Savannah and head south to Yankee Retirement Village - I mean, Florida.

Oh, about that lighthouse... it looked like this (lit up for dramatic effect) 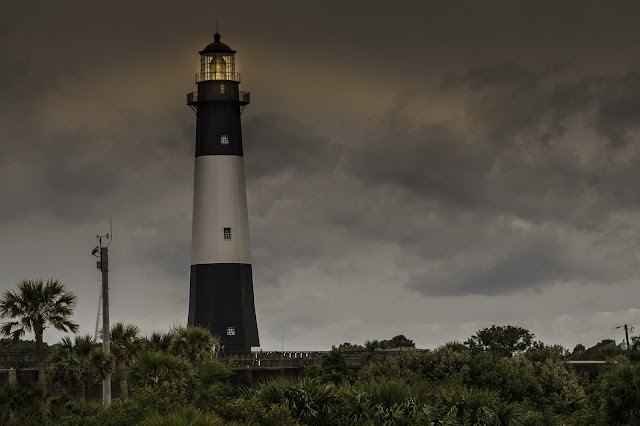 So that was our day in Savannah.  At this point you may be doing the calendar math and realizing that there is a whole week of Spring Break, and so far I've just covered one day.  So you may wonder whether I have more tales to tell (probably) during that week, and if you'll read about them in future posts (probably), and should you make plans to return to this blog in the near future to catch up on them (yes!).

See you soon.
Posted by Dave DeBaeremaeker at 8:08 AM