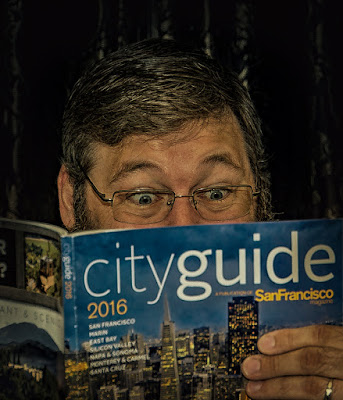 When last we spoke (well, I typed, you read), our tale had left us at the weekend.

It is time to explore San Francisco.

So those that know me know that I am a big planner.  I like having an itinerary, or at least a list of places to explore, before I head to an area.   This trip was no exception.

I had over 30 things on my list, between landmarks, statues, historical areas, photographic vistas, and geocaches.  None of them included going across the Golden Gate Bridge.

It seems the adage of "No battle plan ever survives contact with the enemy" also works with the transportation infrastructure of a city.  I say this because a large part of my day involved crossing the Golden Gate Bridge.

So I did not explore public transportation much before I left.  However when I arrived I noticed a hop-on/hop-off bus I could take that would, in theory, take me within easy walking distance of most places on my todo list, and give me some history along the way. So I paid the fare and hopped aboard.

It started off well, tho it was much slower than advertised (brochure says 2 hours to do a loop of the city, in reality its closer to 3.5 hours).  However I paid my money, so I stuck with the bus. 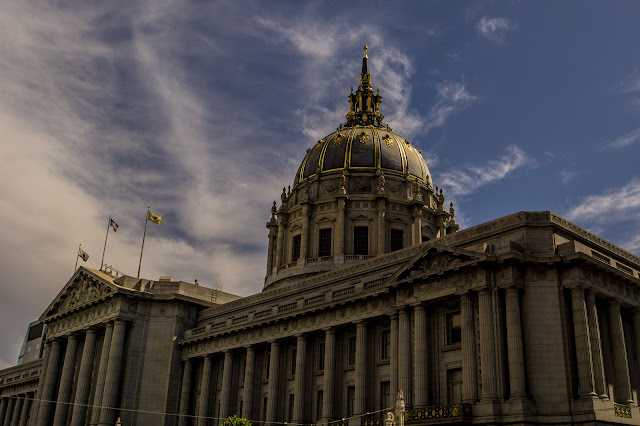 As well as many things not on my list, like a massive amount of gay pride flags (turns out June is gay pride month in the Rice-a-roni city). So the bus's route had a stop on the far side of the Golden Gate.  It also included a secondary tour that had a stop on the near side.  What this meant, in my mind, that I could do a quick detour of my plan, and walk across the bridge one way, and take the other tour bus back, the continue on my way.

I verified my plan with the tour bus operator, and it all seemed like a workable idea, so I went for it.

Off on foot I went to explore the Golden Gate, starting with taking in the panoramic view of the bridge, and the San Franciscan skyline:

I also tried some long-exposure shots of the bridge to remove the traffic - it mostly worked. 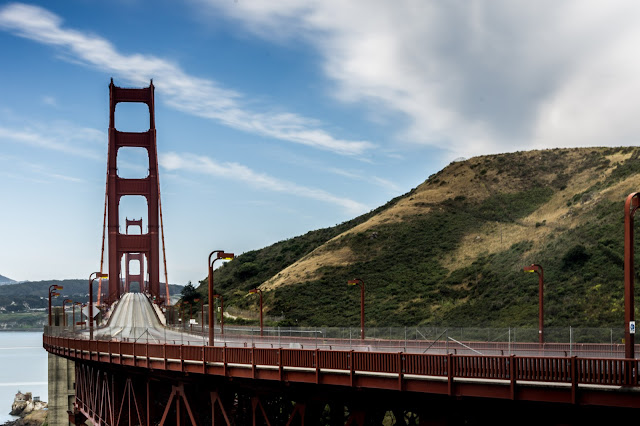 On either side of the bridge are pedestrian and bike paths (respectively), so I had a whole sidewalk to use to cross the bridge. 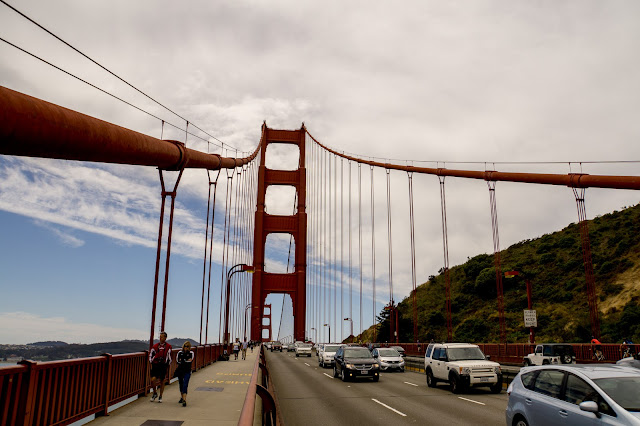 The best thing about the bridge crossing is the unique views of San Francisco. 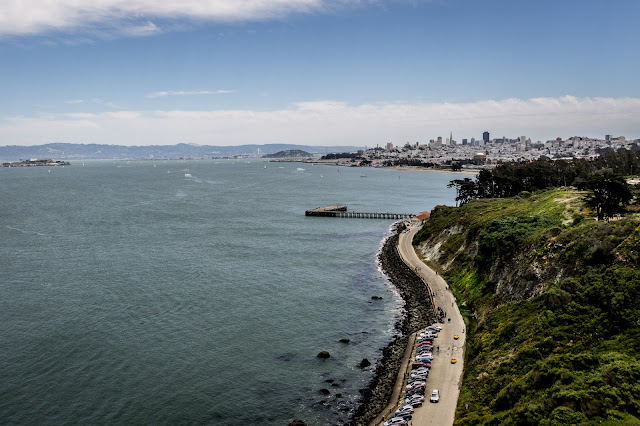 So I arrived at the far side of the bridge, and grabbed some lunch (clam chowder in a bread bowl, as any tourist should get when visiting San Francisco).    After lunch is when my plan unravelled like a cheap sweater.

I went to the spot where the secondary bus (trolley, really) was supposed to meet me.  It was supposed to come by every 20 minutes.  So I waited 20 minutes.  I confirmed with a local park ranger (the place is a national park, go figure) that I was indeed waiting in the right spot.  After a decent time later (after all, traffic is a nightmare), I decided I was led astray by the good people at Big Bus Tours, and decided to hoof it back across the bridge.

So despite being quite foot sore after my trek across the bridge (and my explorations the days before - the perils of being a fat guy), I started walking back across the red span. 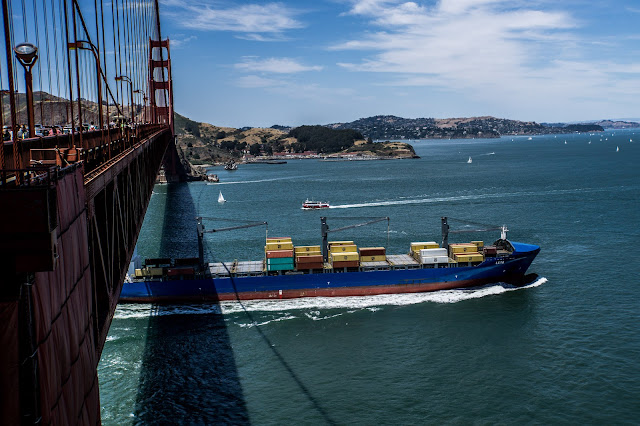 When I got back to the proper side, a bus was (thankfully) waiting for me, which soon whisked me away for the rest of the tour, and the rest of my day (which was meeting up with old friends for supper)

So at this point my 1 hour detour to walk across the bridge had taken me 3.5 hours, but at least I had some interesting shots, an unexpected virtual cache find, and a new story to tell.

Also memories of that one time I walked across Golden Gate Bridge... twice! 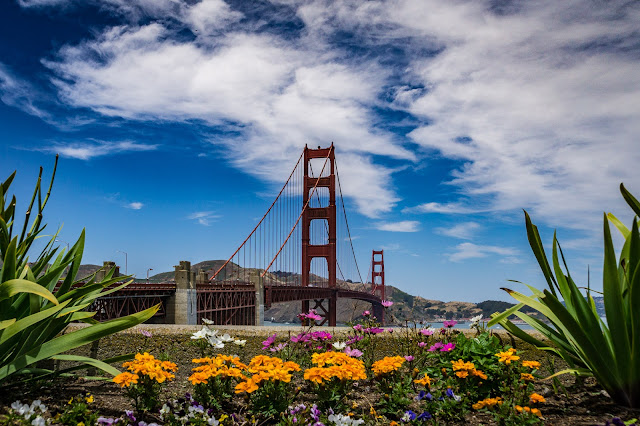 So with my complaints about being foot sore, you'd think I'd take it easy for the rest of the weekend.

How little you know me!  For I am about to embark on a hike that is unparalleled in the history of Yours Truly.