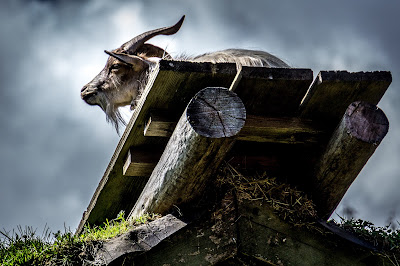 For those just tuning in, this is the story so far.

A month or so ago my wife and I dumped the kids at the grandparents, and flew to British Columbia, wherein we have commenced another epic road trip.

4 posts in to this adventure has only brought us to noon on the second day.  So far we've travelled to BC, been jerked around by time zones, took a detour thru Plan B, and visited an arboreal place of worship.

Now it is time for lunch.  So we headed off to a place that supposedly has goats on its roof.  Its called, shockingly, "Goats On The Roof".

It is a market that has a bunch of stuff - tho I didn't pay much attention to it.  Once I confirmed that there were indeed goats on the roof, I concentrated on the second most interesting detail of the place:  the ice cream parlour.

I also noticed this sign, which seemed ironic given there are literally animals *ON* the premises. 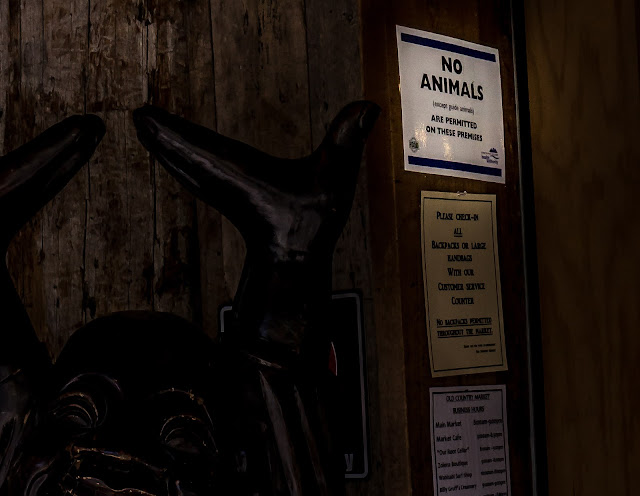 If you can't read it, the entrance to the building with goats on the roof reads "No animals allowed on premises".   LIES!!!!.

After lunch my wifey decided that it was nap time.  I agreed, and immediately went geocaching.  As she attained a state of slumber in the passenger seat, I drove off to a place with a highly favourited cache.  Turns out, it was this cache: 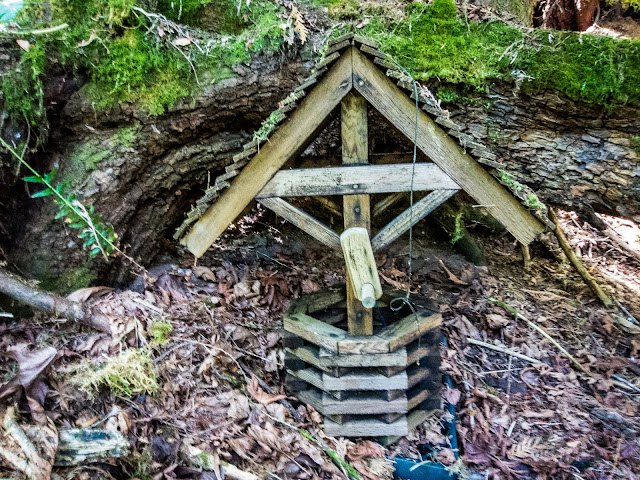 I then took a drive down the Trans Canada Highway heading eastward for an hour or so until the wifey sufficiently deslumbered.  We ended up in a town called Duncan that was littered with totem poles. 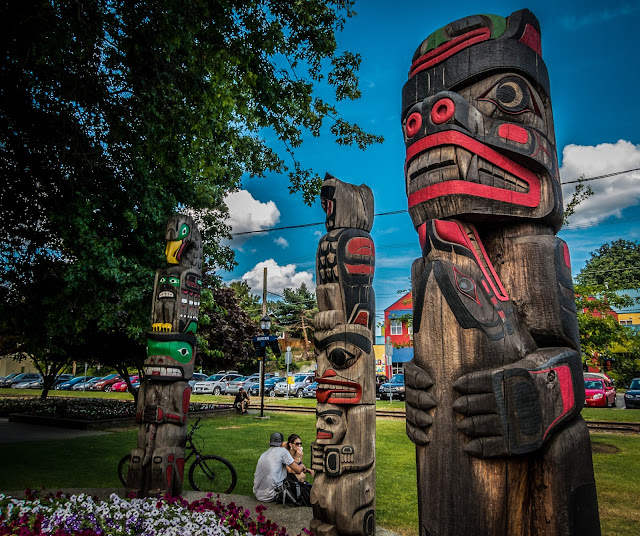 Also it is home to the worlds largest hockey stick and puck: 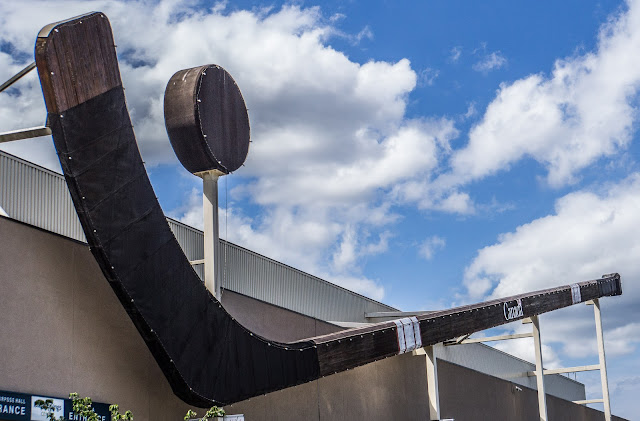 After this we headed over to Nanaimo to visit some Scavenger friends who live nearby.  They would have the honour of being the first Scavengers visited this trip (tho they would not be the last - I mean, what fun would that be?)

We arrived a bit early, so we headed down to the waterfront and checked out their harbour. 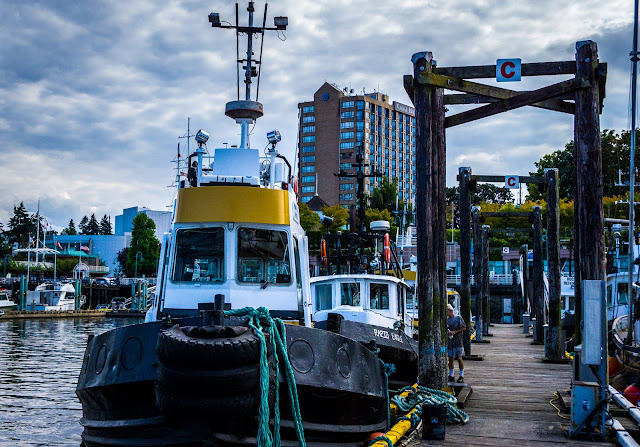 The harbour was notable for a small number of pleasure craft, but a lot of utility type boats.  They even had a floating Petro-Canada - which is charming. 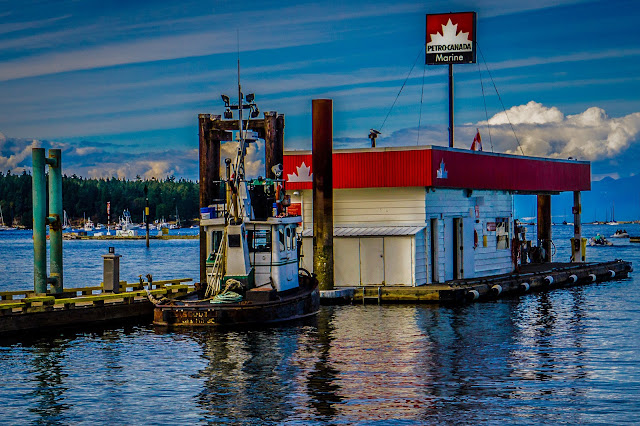 After this we headed over to a bar to meet my friends.  Astute Canadian viewers will realize that this means I have reached a pun, for I was in an authentic Nanaimo Bar! (this is where my non-Canadian readers scratch their heads at that joke and go "huh?".  Don't worry, non Canadian friends, to actual Canadians that joke will illicit a slight guffaw, but leave them slightly hungry).

Posted by Dave DeBaeremaeker at 6:57 PM