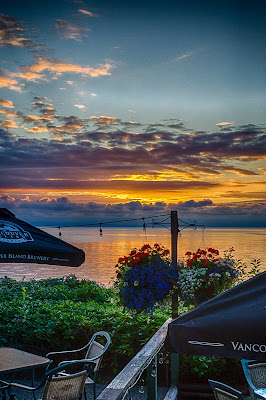 If you recall from the last post, my wife and I have travelled to Vancouver Island to start an epic road trip.

We've barely been travelling for 24 hours and we've already travelled by air, car, and boat.

We've also found a geocache, and had a torrid love affair with timezones, and their effects on travellers.

So this morning I woke up really early to find an amazing early morning sunrise lurking outside the hotel window, so it deserved a pause to capture it with my lens. (check the image on the left to get a flavour of it).

So far this trip everything has just happend to us like we've been a ship without sails in a storm, so you may be asking yourselves "does Dave have a plan at all for this trip?"

At this point my wife and I would jump into our rental car, dramatically put on sunglasses, and drove off in a cloud of dust and squealing tires to execute the best of plans (it helps to play Bad To The Bone when imagining this particular scene.)  Plan A awaits!

20 minutes later we executed Plan B, right around the moment when we saw a sign for Little Qualicum Falls.

It turns out the falls, for there were two of them, were at a provincial park (the aptly named Little Qualicum Falls Provincial Park, oddly enough).  Since we were still very early in the day (see references to the perils of time zones elsewhere in this series), and the hike seemed short and easy, we decided to stop and check them out.

We were soon surrounded by deep old forests, and a scenic river: 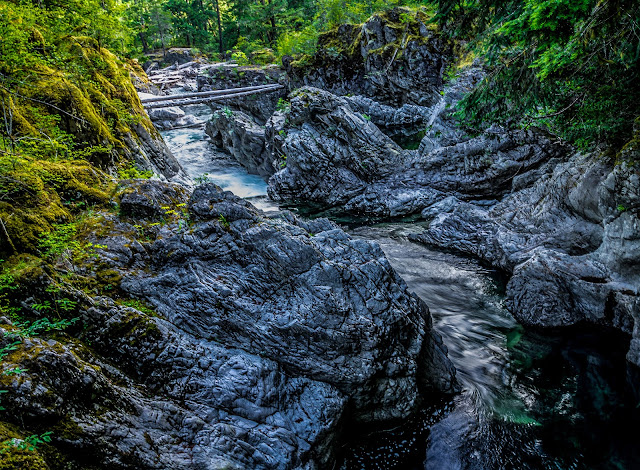 And a scenic set of water falls. 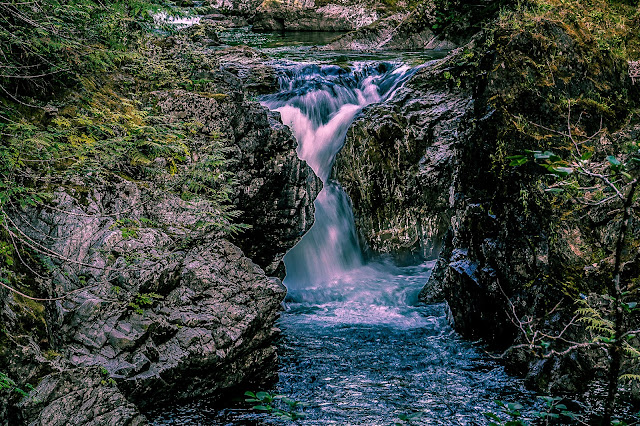 Since we were off script, I had to check to see if any geocaches were in the area.  Turns out there were two, right along the path we intended to take.

So as we hiked, we cached.  While heading down a side trail to find the first cache, we came across a new friend. 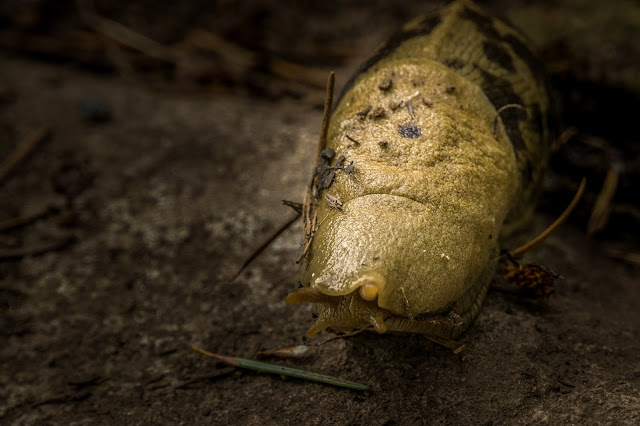 Turns out he's a great friend.  Doesn't have many demands, and is a *great* listener (he does have small hands tho, and is a little orange - beggars can't be choosers).

Once the cache log was signed, we took the path heading up stream,  and were soon at a bridge over a waterfall.

My wife stopped to take pictures of the bridge.

I stopped to take pictures of my wife (one of the things that prove that I am better at picking spouses than she is, is that she gets stuck with me, but I get the pleasure of looking at her. See? I win!) 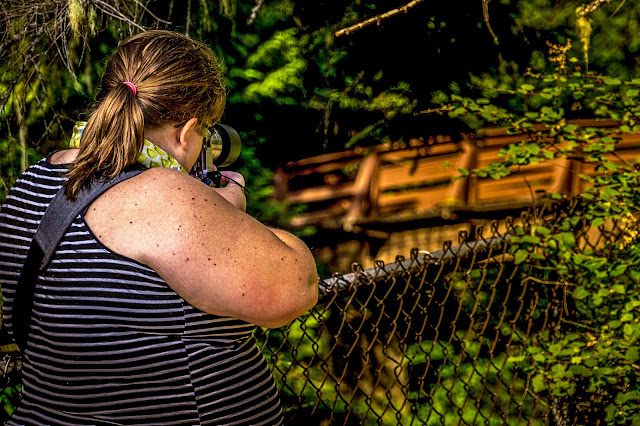 I felt it best to use a stunt Dave to document my participation in this hiking adventure: 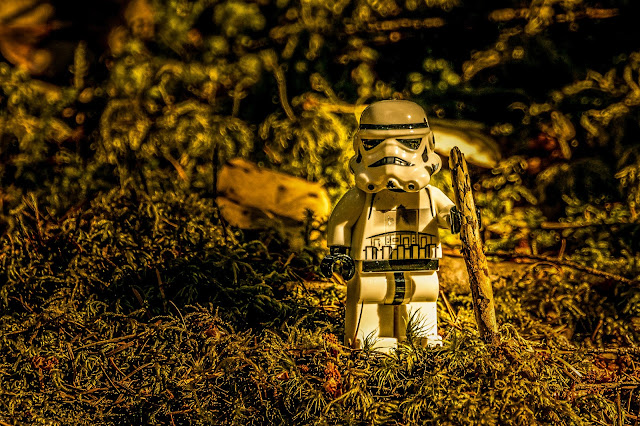 So that was our quick detour for Plan B.  It was time to get back onto Plan A, so we hopped back in the car and headed down the road.  One quick stop (Plan C?) to check out a lake later... 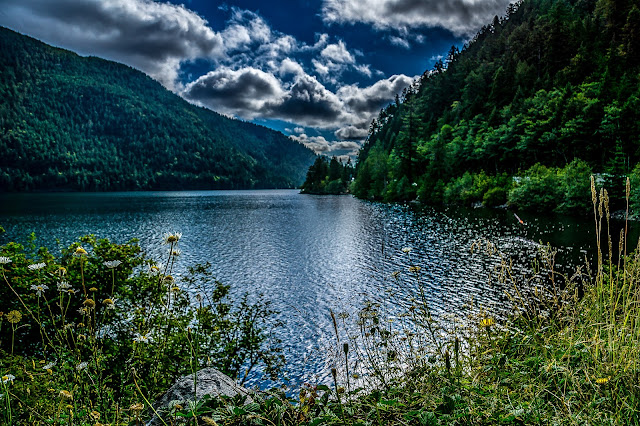 Stay tuned for the next episode to learn exactly what Plan A entails.  I don't want to give away any spoilers, but let me tell you, as stories go... its definitely one of them.
Posted by Dave DeBaeremaeker at 9:50 PM