CRAM: Timezones Are A Fickle Mistress

The events of this post happened mostly on July 5th, but ended on July 6th.

So at this point in the story my awesome wifey and I have landed at Vancouver International Airport, and have rented a car (Toyota Highlander, if you must know) and are driving towards a big boat.  The first leg of our road trip is on Vancouver Island, which, by virtue of being an island, requires a ferry to get there from here.

Long story short:  We got to the ferry, and spent the next 90 minutes or so checking out the views off the Strait of Georgia.  Looks a bit like this:

It was a rainy, foggy day so the views from the deck of the ferry while we were in open water were not super awesome, but we managed to make the most of it. We even met a guy named Bob.  We called him Bob On The Boat, because thats how we roll.

From the deck we could also see other boats! (not pictured, our boat) 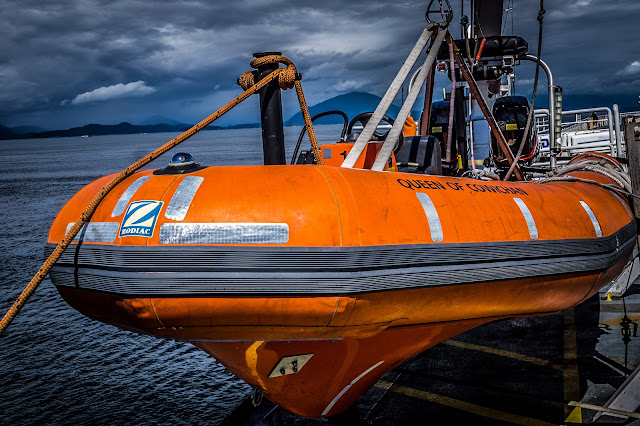 When we landed it was mid-afternoon local time.  However due to time zones being a heartless bastard, it was 3 hours later where we came from, and we've been traveling by plane, by car, and now by boat for almost 12 hours now, so we were getting a little weary.

However where we were it was just approaching mid-afternoon, so we decided to kill some time. Our method of time killing should be familiar with long time readers of this blog:  Geocaching.

Yep, it was time to find the first cache of this trip.  I checked my list and picked a nice looking one on the shoreline close to the hotel.  It took a few minutes, but soon I had the cache in hand: 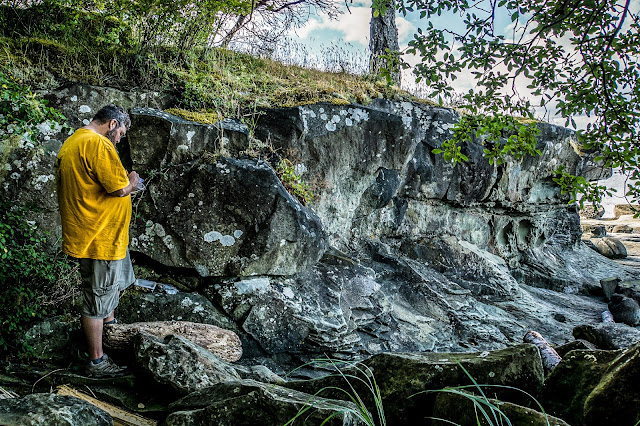 After the cache we drove to the hotel and checked in.  Thru the magic of frequent travel programs we were upgraded to a suite, and given a room with a balcony and a view of the water (sucks to be us, right?)

Thanks to the perils of time zones, we fell asleep early.  However thanks to the wonderful magic of time zones, we also woke up early.  Much earlier than normal.  Which means, despite being the height of summer, and super long northern days, we opened our eyes right in time for the next morning's golden hour.

Yep, we opened the curtain on the balcony door to find this light. 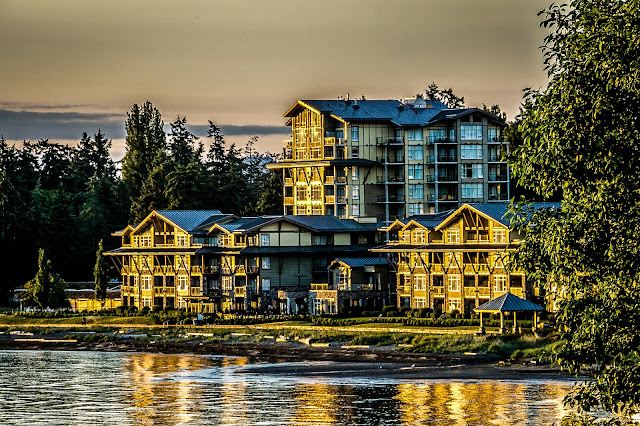 I woke up my wifey, and we spent the next hour taking photos in our PJs from our balcony, looking out over the golden hour lit vista that is the Strait of Georgia.

After this we got ourselves ready to spend the day exploring the island.  Time to kick this Western Canadian road trip into high gear.

To the Highlander! Breakfast at Tim Hortons awaits! And then... adventure.
Posted by Dave DeBaeremaeker at 8:54 PM