As I was winding up my research into the building of the Millennium Falcon,  I came across a weird note found at the bottom of the box of records that just had two faded words "Filming permit", and "Scene 7a - '/..kie."

I also found this intriguing photo of a movie shoot. 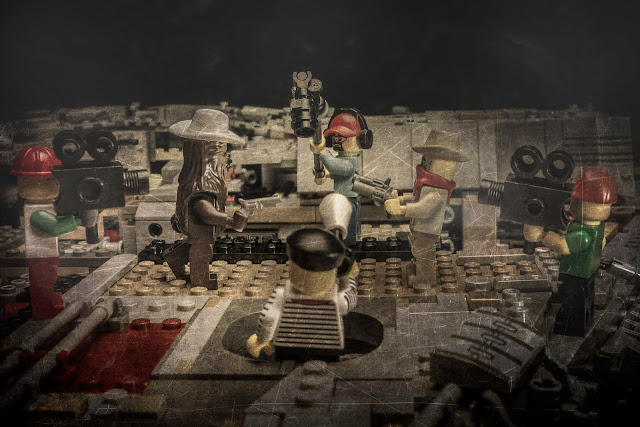 I assume this is the movie related to the film permit.  I could find no other record of a film being shot during the time the Falcon was being made.

Looking at the photo it looks like a western movie, with a human and a wookiee.  Very interesting, but lacking other evidence I decided to abandon this line of inquiry and stick to construction details.

However during an archeological spelunking into the ancient libraries of Coruscant, I found an answer.  It was taped to a broken down droid in a disused trash compactor with a sign that said "Beware the Rancor".

That answer is in the form of this rather distressed movie poster: 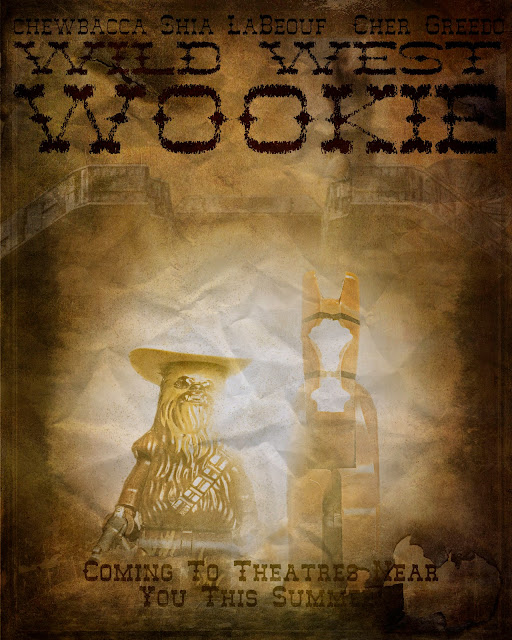 So the wookiee is Chewbacca.  This means that Chewie already had experience with the Falcon long before he joined up with Han Solo.

That Chewbacca is full of surprises.
Posted by Dave DeBaeremaeker at 7:20 PM