A Day In Milan 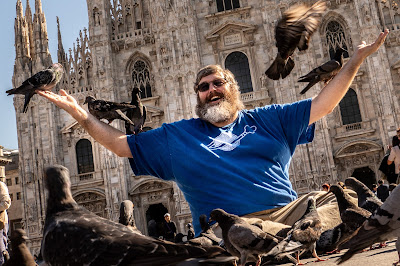 When I was in Zurich last month, I had a day free on the schedule.  I decided that I was due for an adventure.  So I looked on the map to places I haven't been to yet, and saw that Italy was not that far away.

So I booked a train to Milan - as one does.

Turns out I could only get on an early morning train, so at 6:30am I pulled out of the Zurich Hauptbahnhof and took the leisurely 3.5 hour train ride south to Milan.

At first I thought going there was a big mistake, as the beginning of the trip seemed like a comedy of errors:


Three stops later, I arrived at the Duomo Cathedral. 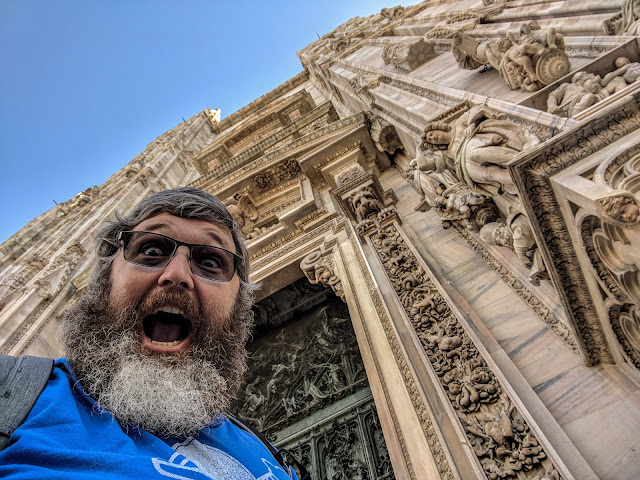 The moment I walked into the square I knew I had made the right decision to visit.

I stopped to take in the scenery, and to take some photos with my Hulk action figure (as one does) in front of the cathedral.  Ended up looking like this: 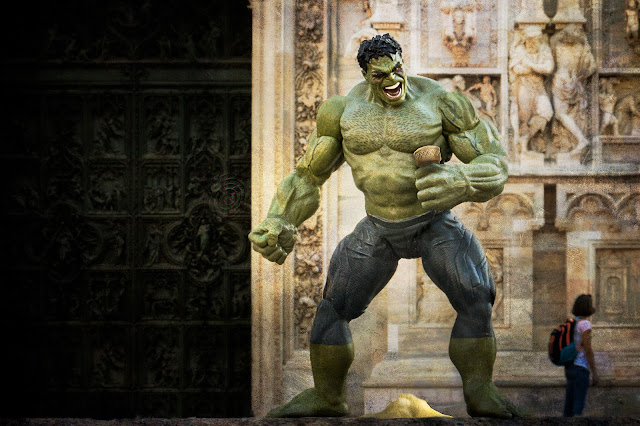 I then stated walking around the city, along old streets, and the old ornate archtecture. 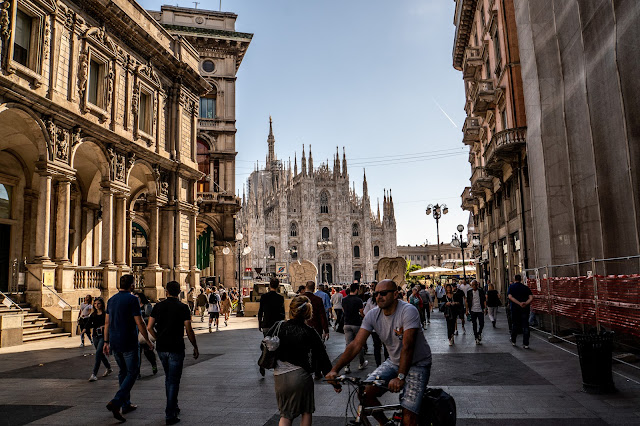 This is a mall.  Yep, a mall. Called the Galleria Vittorio Emanuele II. 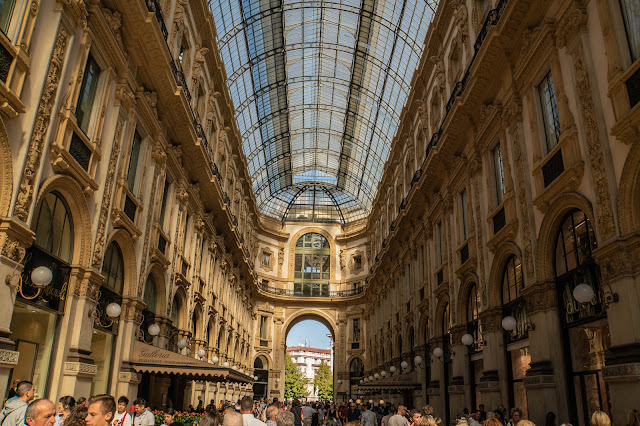 This is the central ceiling of the mall. 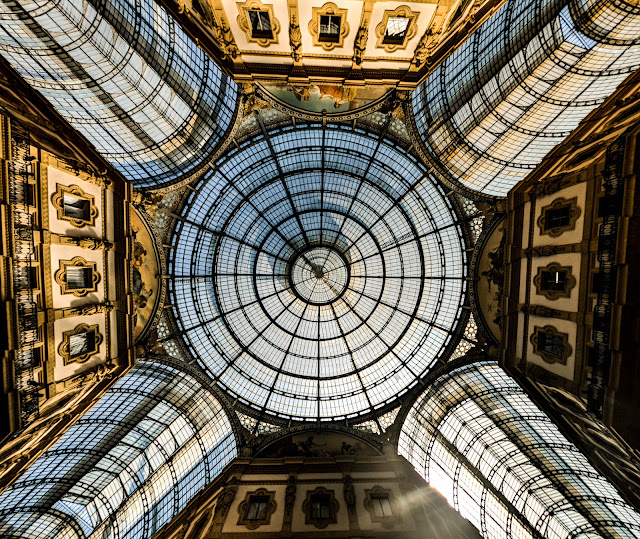 So after this I decided to do some geocaching.  I got so involved in that I forgot to take a lot of photos... so you're going to have to trust me.  I ended up walking 9 miles, found 7 caches, and checked out some more of the streets, and an awesome castle in a park.

When it got close to supper time I stopped off at a restuarant with seating on the street, and had myself some pasta. 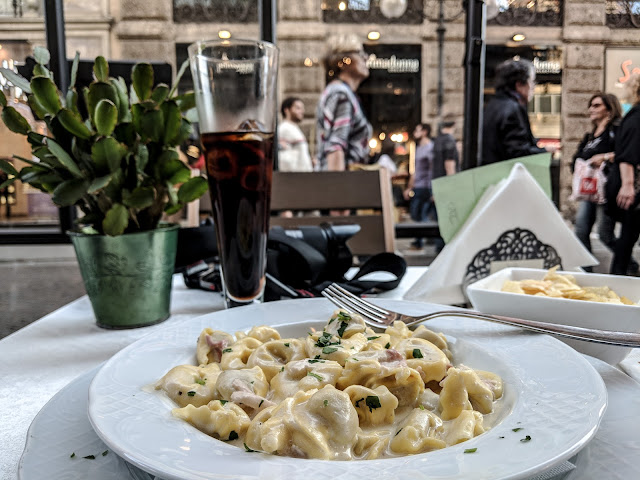 On the way back to the subway I followed an Oompa oompa band... as one does. 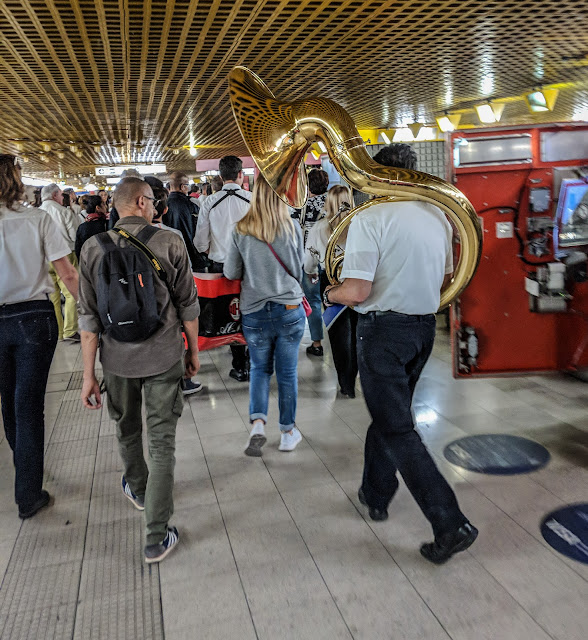 Then at 7:30 I got back on the train and headed off to Zurich. 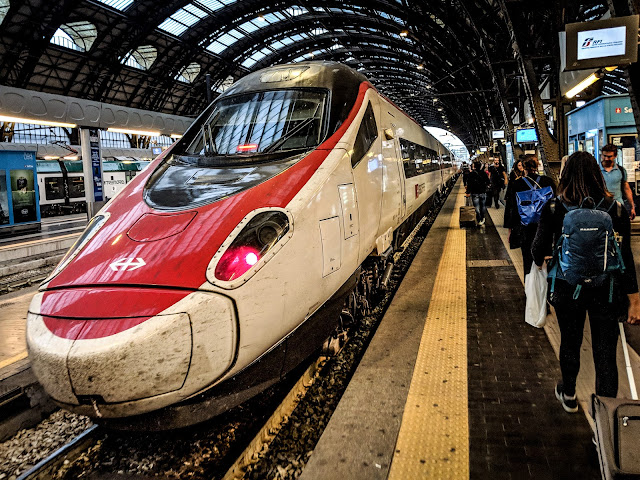 My issues were not over tho.... on the way back we stopped just across the Italian border.  I asked why, and was told there was a fire in a tunnel ahead.  I may have misheard what the attendant said tho as 15 minute later the tracks were clear... however we lacked a Swiss train driver, so we waited another 30 minutes before we were able to move again.

So just before midnight I crashed into my hotel room and fell asleep.  Milan was tiring, tested by patience at times, but man, what a nice town.
Posted by Dave DeBaeremaeker at 5:49 PM

Email ThisBlogThis!Share to TwitterShare to FacebookShare to Pinterest
Labels: Italy, Travel, Yours Truly