The Swiss Chronicles: Feelin' The Bern

Disclaimer:  This post has nothing to do with US Presidential candidate Bernie Sanders, nor his (I presume) crazy relative, Colonel Sanders.

During the past few weeks I have been in Switzerland for work.  During the week I was based in Zurich, but during the weekend I was free to wander and roam.

I have been to Switzerland a couple times now, and had explored around Zurich a fair bit, so this time I decided to cast my net a little farther away and check out the city of Bern.

This is the view that greeted me when I got off the train. 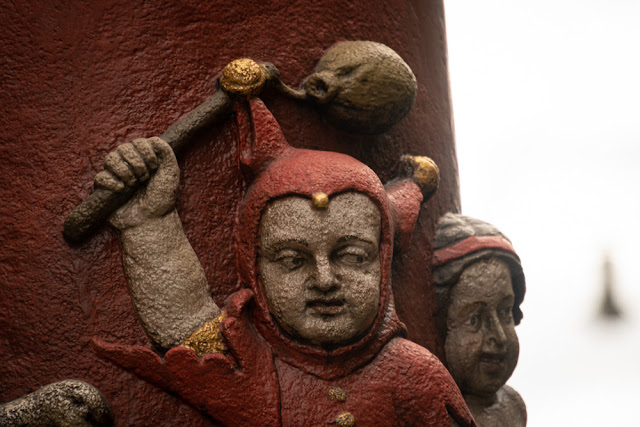 Bern is an old looking city.  Partly because (and you may find this shocking), it is old. However some old cities modernize over time, while Bern has maintained its old timey charms, with lots of old architecture, statues, and Stormtroopers. 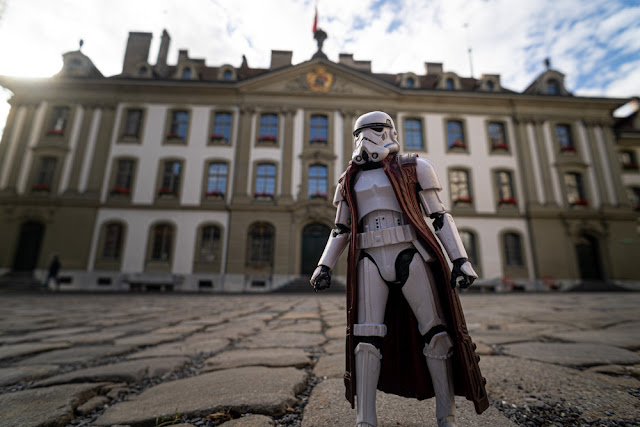 So I spent the morning walking the ancient streets, and looking around at the swiss-y things.  Naturally, being an avid and experienced photographer, I didn't take many pictures, but this view inspired me.  I bet you can guess why. 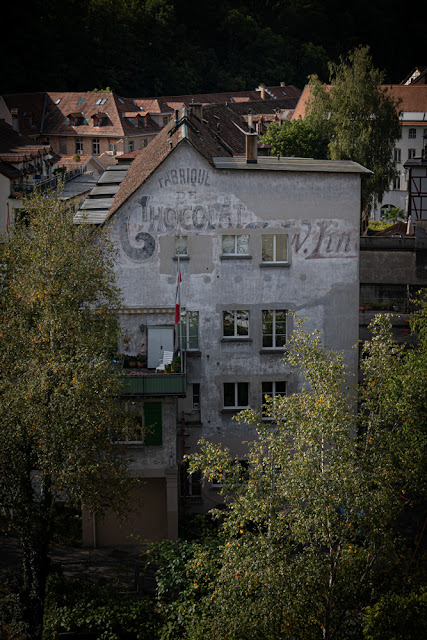 I did have a goal for this trip, which was to see the Barengraben... which is where the Bernists graben the baren (naturally).

So the official animal of Bern is the noble bear.  Since the days of yore (not sure when, but many moons ago... like a large number of moons... a bakers dozen of a bakers dozen at least) they have kept bears (the baren) in a pit (the graben) at the edge of town.

So I made my way that direction, got to the pit, and saw... nothing.  No baren.  The graben was barren of baren.

Disappointment set in, and I looked about in vain.  Was I too late?  Did the bears go to bear heaven?  I was full of questions, but no answers. However there was a river, so I went to sit beside it and contemplate the situation. 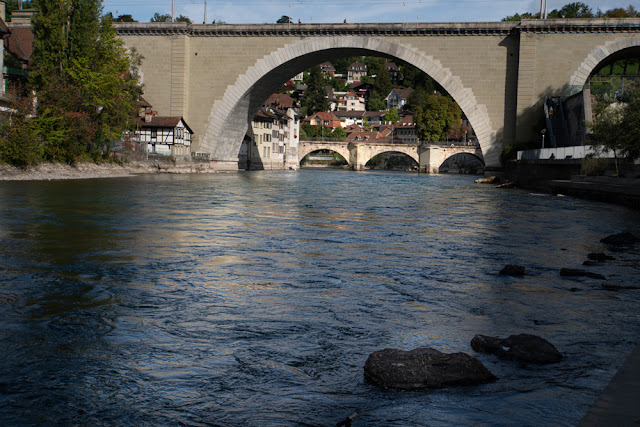 The river held no answers, so I left to ask a hamburger.

But before I did I went back to the graben to find it remained bare of bears.  So I went to chew on a cow.

As I chewed I did some research and learned that (of course) the bears hibernate in winter, and often went to sleep for the season in October or November.  This being October, it was possible the bears were simply napping.

However when I was done chewing, I went back to the graben and found, much to my delight, that the bears were graben'd! 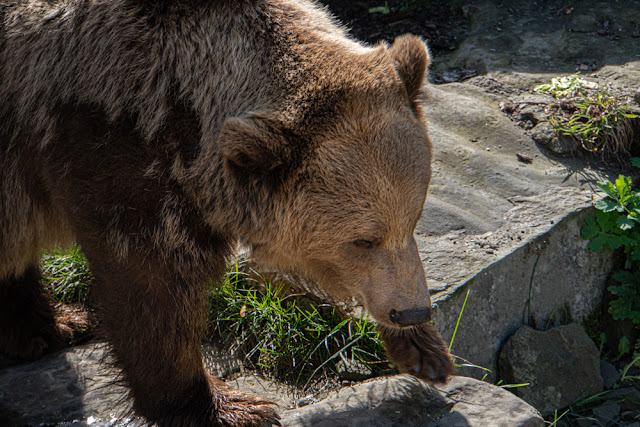 I stayed to watch the baren for a while, then started my way back up the historic streets to the train station to go back to the hotel.  I remembered to take a photo this time.  It looked like this. 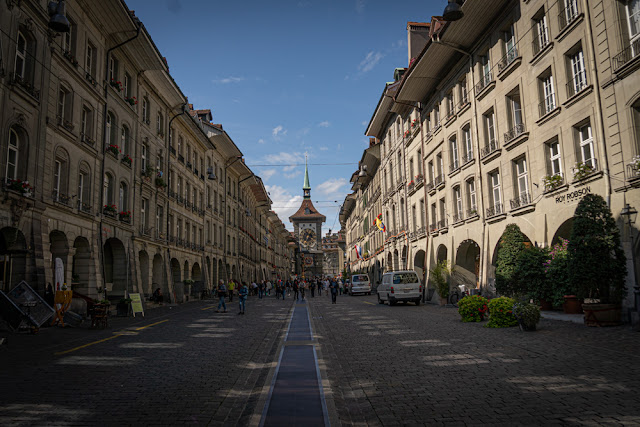 I kept on going, when suddenly I got run over by climate change.

It turns out Bern is the nations capitol, so the good earth lovin' Swiss folk descended on the city to encourage the leadership to stop being capitalist ass-hats and do something to help the earth, instead of their own wallets, for a change.

I joined in and marched for a bit, cause it seems worth it to have a place to live that isn't melted. 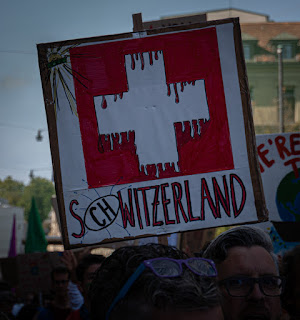 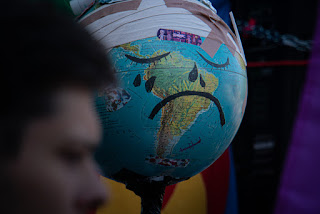 After a bit, when my feet threatened to disown me from all the walking, I finally headed to the train station and went back to Zurich.

Thus ended my trip to Bern.
Posted by Dave DeBaeremaeker at 1:52 PM

Most excellent reportage, my friend!

“The graben was barren of baren.” This sentence made me laugh! Sounds like it was a good trip all around - thanks for sharing your experiences.👍😎