This is a behind the scenes of my "clouds" shot for the 30th round of the Photography Scavenger Hunt.

This is one of those photos that came together at the last minute, and in fact was the last image I finished for this round of the hunt.

I did have several ideas early on in the process.   One was a simple air plane, or Star Wars-ian craft, flying through clouds.  That idea soon expanded into creating a scene where DB Cooper was jumping from the plane he hijacked. I even went so far as to purchase a model of a Boeing 727, the same plane DB Cooper jumped from.

Another idea was creating something along the old Philadelphia Cream Cheese commercials where an angel is on Cloud 9 eating some cream cheese.  You know the one. 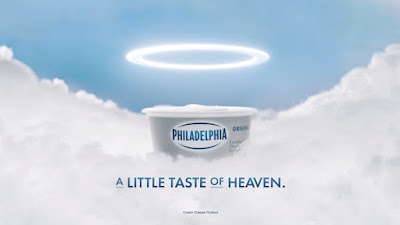 I had thought of a variation on this with an actual angel, or Deadpool eating a bagel with cream cheese lounging on a fluffy cloud.

However none of those ideas really got me excited enough to get around to actually shooting it (and in the case of the DB Cooper shot, I misplaced my 1/12 scale "duffle bag of money" prop).  So I was in a massive state of meh about the whole thing.

As I mentioned this was the last image I finished for this round.  The day after I finished the penultimate shot I sat down at my craft desk and started wracking my brain tried to come up with some ideas for this final shot so I could close out the hunt.   Thats when I looked up and got inspired, like the cream cheesey heavenly angels kicked my muses ass.

In actuality I looked up at my 1/6 scale Doctor Strange figure I keep on the top shelf at my crafting desk.  I started thinking about how he may be put in a zen pose of some sort.  Then I thought he could be zen'ing through the clouds.

These action figures have a whole selection of hands and other things that can be swapped out to give different poses.  I dug into that box, and found some hands I could use that fit the zen motif.  Finally I double checked that Strange could sit cross-legged (not all action figures are flexible enough to do such a pose).

Once I had it all checked out I knew I had a winner.

I tossed Strange into my light box, mounted on a Platypod with some goosenecks to hold him up in a zen pose.  I also had his cape elevated to give the impression it was flapping in the wind. This is the setup and the SOOC: 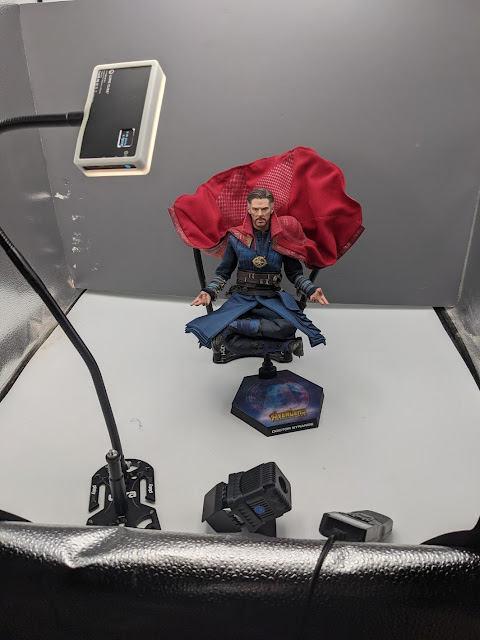 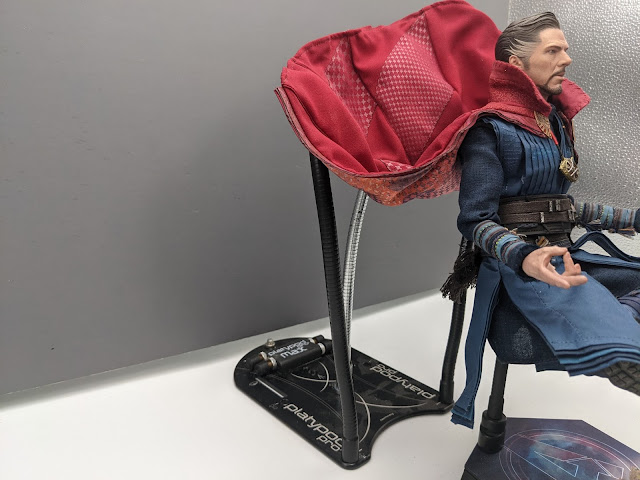 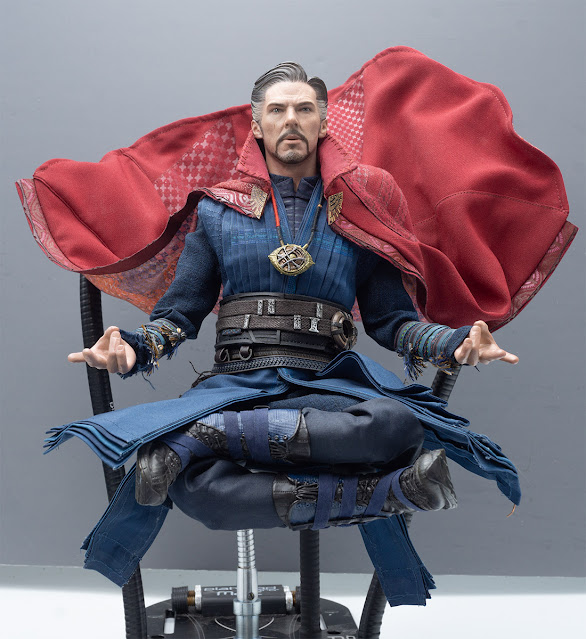 Then I removed the background, tossed him in front of a shot of some fluffy clouds.  To give him a place to sit, I painted in a nice fluffy clouds using Photoshop brushes.

Finally I added a radial blur around him to give a sense of motion.

The end result is presented thusly: 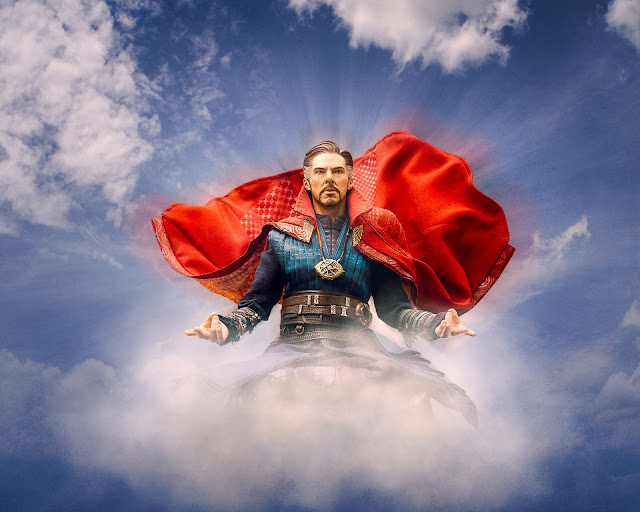 Posted by Dave DeBaeremaeker at 6:24 PM