Sometimes caches can be frustrating for the most unexpected of reasons. 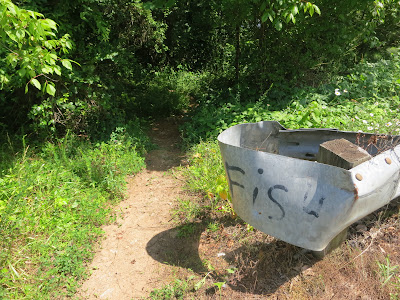 A multi cache called "R-U-A Cacher or Just A Poser or Wanna'be?" was posted on April 16th 2012. The cache was placed by a local cacher called NeverSeenGene, who has a reputation as a quality cache hider.  The cache promised a 2 mile hike along the Catawba river using old fishermans paths.

It sounded like a great way to spend an afternoon in the pleasant spring weather of North Carolina.  However the cache was placed just 10 days before Abigail was born, so it took me almost 7 weeks before I could get a chance to go experience this cache (it is bad form to leave your 39 week pregnant wife come c-section recovering 2x mother with a newborn and toddler for an entire afternoon - they didn't even have to teach me that in college. I just knew it).

So eventually everything got settled on the homefront and I felt comfortable spending an entire afternoon out in the world.

It was a Tuesday.  A Beautiful afternoon, not to hot, bright blue sky. Perfect for a stroll in the woods...

... now may be a good time to remember the golden rule of muggles: If you encounter a muggle anywhere while on a cache hunt, they will be sitting at GZ.  This rule was about to bite me with a vengeance... 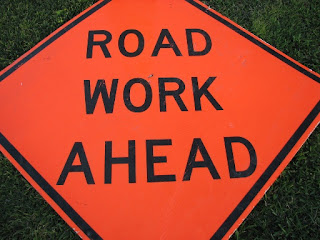 ... I got into the van and started driving the 14 miles to the parking coordinates - a small 3 car pull-off at the end of a bridge that crosses the Catawba River.  It was a nice drive down a windy country road - the kind of road that you dream off when you want to go for a pleasant Sunday afternoon drive.  About a mile away from the parking coords I saw a sign: "Caution: Road Work".  ug... maybe it is just someone mowing the grass beside the road - no biggie.  Then around the bend I saw the end of my fun: "Flagman present: One lane ahead".

Sure enough I was forced to wait for a flagman.  There was a chase car to guide the traffic through the construction zone.  All of this was well before the bridge, so as we got close I figured maybe it was just on the one side, and I'd be good... but alas the chase car drove right by the parking (must not have been a cacher) and kept on going for a couple miles beyond that.  With all the private property and road work there was no way I could park somewhere else and hike in either,  It was park there or nothing.

Annoyed I turned tail and headed home.  They were repaving the road, and they looked almost finished so I decided to try again the next day.

If you guessed I ran into construction again, you'd be right.  They kept moving where the flagman was, but each time I was escorted passed the parking lot.  I tried this for 4 days in a row. 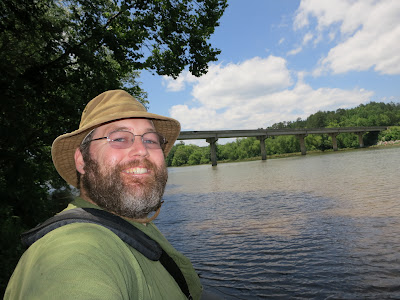 On Saturday I finally lucked out.  The road was still not finished, but since it was not a normal work day, the crews were not working, so I could finally get access to that sweet parking spot along the side of the road.

Excited to finally be able to be on the hunt, I headed down the side of the bridge and down the trail to the first stage.

The cache itself was a typical multi-cache.  It took us to three different fishing trails at the edges of 3 bridges (well, technically 2 as the middle stages were along the opposite bank of the same bridge I parked at).  Each stage also took us to opposite sides of the bridges, so I got to spend a lot of time exploring the Catawba river, finding cache containers with coordinates to the next stage as I went along. 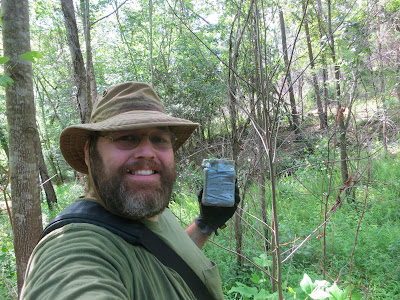 As expected it was a well laid out multi with lots of walking, interesting scenery, and some well placed hides. The Catawba river supports some really nice scenery.  I even got to see some wildlife.

It took me about 3 hours to complete the entire cache, and as expected it was 3 hours well spent.  It felt really good when I finally wrote my name on that log sheet.

Also, as it turns out, despite being 7 weeks from cache publication, I got the first to find on the cache, which was an unexpected bonus.

So this cache started out with the ultimate in frustrations, but ended up being well worth the trouble.  Like many things in life, the hardest caches to earn sometimes end up being among the best ones.

I'll leave you with a few more images from my day: 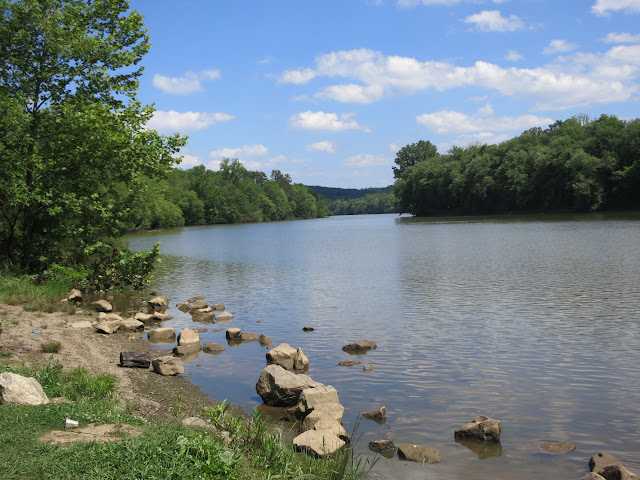 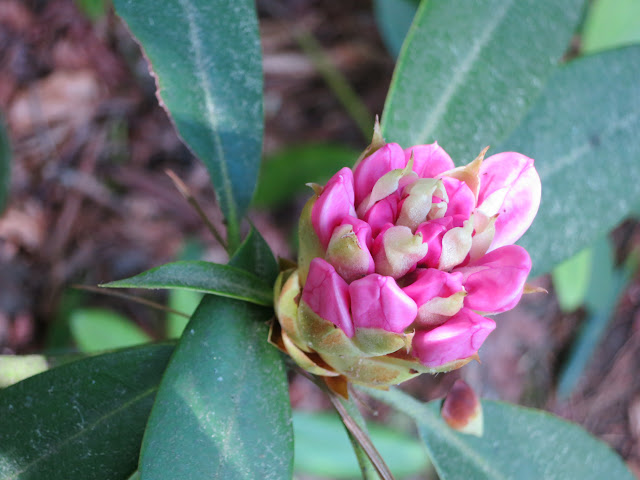 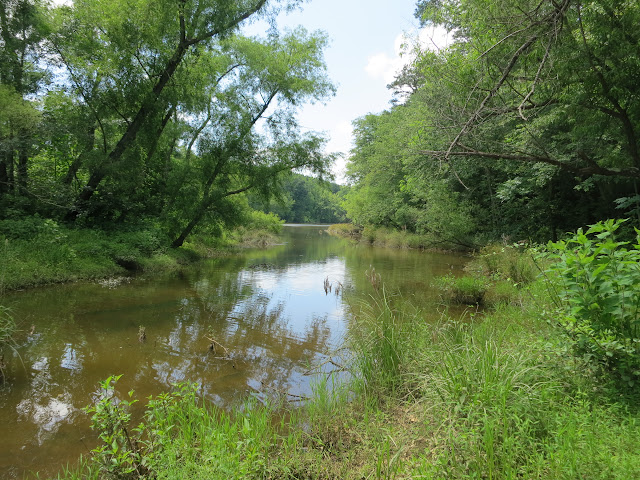 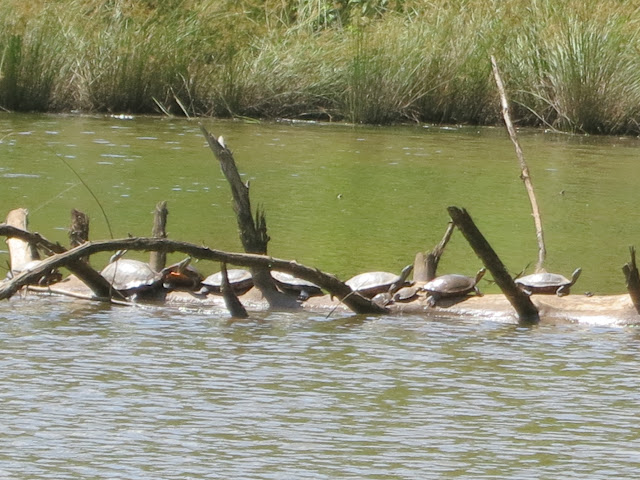 Posted by Dave DeBaeremaeker at 10:00 PM