How A Cacher Goes Out For Donuts

During church we (my wife and I) came down with a collective craving for donuts.  Don't judge - it happens!  Being Canadian donuts are in our blood, but they are not nearly as easy to come by in the south as they are in the Great White North.  After lunch I headed out in search of donuts. 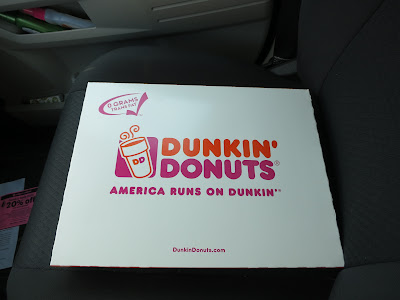 Now the closest place to get acceptable donuts (i.e. cake donuts, not that fluffy crap from Krispy Kreme), is actually the local Walmart bakery, but I already found all of the caches around there, so I needed to find the next closest option.

What we were really craving was Tim Hortons donuts, but they don't exist in the south.  Dunkin Donuts is the closest analog to Tims, so it was the first location on my list.  The closest Dunkin is a mere 45 miles down the road, but there are unfound caches near there, so it the ideal place to go.

So off I went. 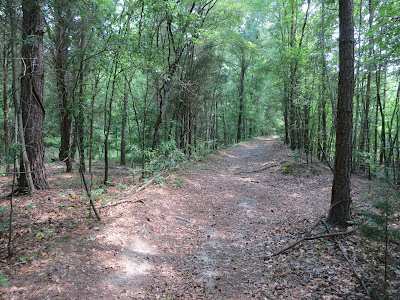 I did a couple park'n'grabs, then ended up at a park in Dallas NC.  The cache in question was a mere 0.1 miles from parking, however it was 103F before the Humidex, so even that small of a distance seemed like a heroic effort.  Most of that distance was on a nice foot path, with the last 80ft being in that thorn and PI infested bush that I have come to know and lovetolerate. But this bush had an extra special treat waiting for me.

As I got close to GZ I stuck my head into a hole in a tree - only to remove it quickly.  A bunch of bee/wasp/hell-insects started coming out of the hole.  I've never seen bees that look like this before, but they clearly had hate in their eyes, so I dubbed them Murder Bees. 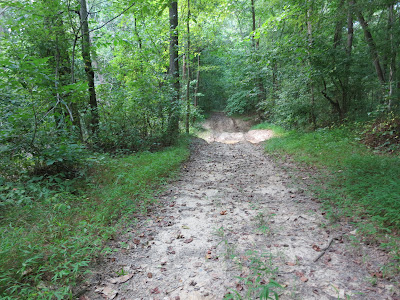 My backing away seemed to have done the trick as they didn't swarm me.  I hung out nearby until I was sure I was safe from attack, then I searched around the tree, keeping a wary eye on the Murder Bees. Luckily I soon located the cache, and signed the log.  I then said a friendly goodbye to the Murder Bees (pro tip: it is always a good idea to stay on the friendly side of Murder Bees), and made my way back to the car (via  another cache, cause thats now I roll).

I finally ended up in the vicinity of my ultimate goal (Dunkin, remember Dunkin? this is a story about Dunkin) but there was one more cache nearby that I wanted to get.

It was called The Wall. 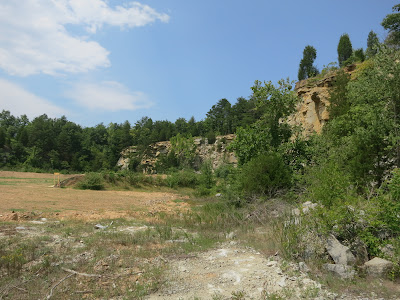 From parking it was a mere 0.3 miles to GZ - which seems doable.  However this was one of those situations where the direct route is not the best route, so I ended up taking a series of paths that spiraled inward.  That 0.3 miles quickly turned into a 1.2 hike, in 103F heat, plus humidity.

I eventually got to GZ and discovered what the wall is - a large rock wall about 250ft long by 50ft high.  I am not sure how the wall got there, but I think it was an old quarry of some kind.

I hung out for a bit, took a few photos, then settled down to the business of finding the cache container. Once that was accomplished I started back down the trail. 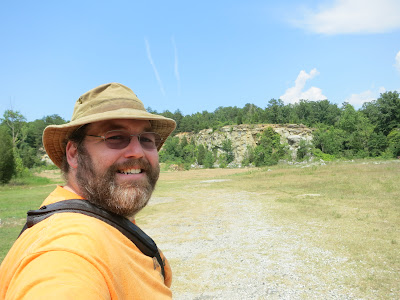 On my way in I noticed a few abandoned structures along side the trail.  On the way out I took the time to take a closer look at them (they appear to be abandoned, empty sheds).  I then chugged back the 1.2 miles to the car - in the 103f + humidex heat, where I went about the business of ingesting a gallon of iced tea as quickly as possible.  Hydration being the key to not dying in situations like this.

Properly hydrated and cooled off with the car's A/C, I headed over to Dunkins, and picked up some donuts.  Mission accomplished I then headed home.

In total my mission to get donuts took 4.5 hours, and involved a 90 mile road trip, 3.2 miles of hiking in oppressive heat, and 6 cache finds.  What did your last donut run involve? 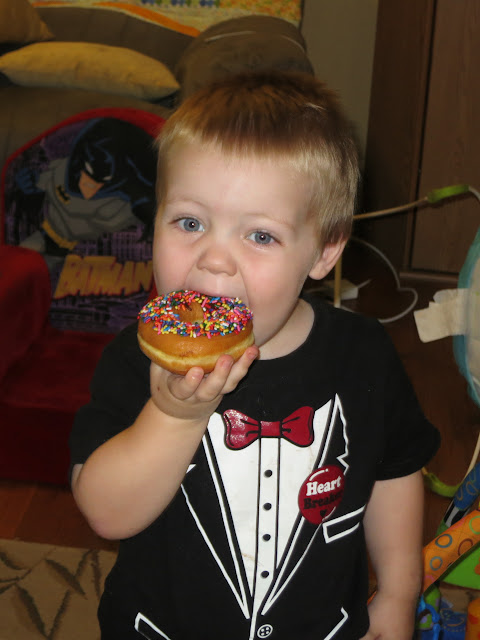 Caching and donuts is a good combination! We have 4 Dunkin Donut shops within 3 miles of each other where I live. They have good coffee too!