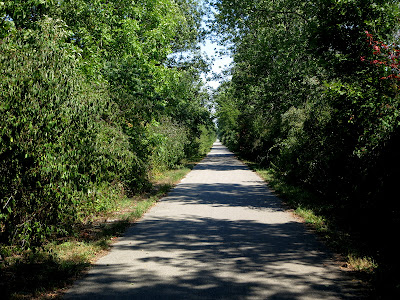 A couple of weeks ago I decided to try my hand at completing a geocaching power trail.

For those that are not familiar, a power trail is a long series of caches that are placed as close together as the guidelines allow (1/10th of a mile).   The purpose of such a trail is to see how many caches one can pick up in a given day.

The trail in question is the Friendship Trail, which runs from Fort Erie to Port Colborne on the Ontario side of Lake Erie.  It is an old rail line converted to a paved trail, and runs 16 KMs.  There are 95 caches along the power trail series, as well as a few other random caches mixed in along the way.

I was travelling and did not bring my bike, so I borrowed my father-in-laws bike for the day.  I had my wife drop me off on the Fort Erie side and I spent the next 8 hours biking west towards Port Colborne, where my wife picked me up. 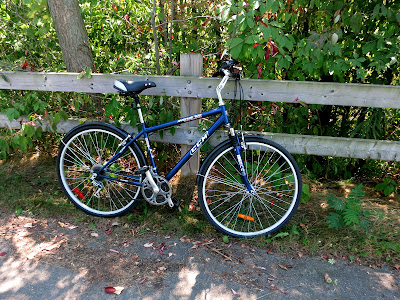 I expected every hide to be basically the same, but I was pleasantly surprised to find that the hides were widely varied.  I found out later by looking at my stats that there were 19 different combinations of difficulty and terrain ratings ranging from 1/1's to 3/4.5.  The containers ranged from micros to larges.  This made the day much more interesting and varied than I expected.

One mistake I made was that I vastly underestimated the amount of water I would need on my trip.  I started out with 3 bottles, but by lunch I had ran out.  The dry August air was dehydrating me quickly.  I was about to give up when I came across one of the best things about living in Canada - a chip truck.  A truck parked on the side of a road where one can get food (fries and burgers), and drinks.  This one was at the corner where the trail crossed the road.  Riding up to that chip truck was like coming across an oasis in the desert.  I loaded up with enough fluids to keep going for the rest of the day. 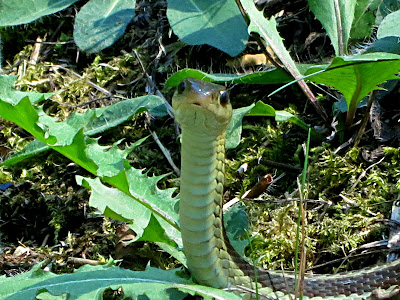 I also ran into a couple animals along the way.

I came around a corner and noticed something white on the trails ahead.  I looked closer and realized that 4 sheep where crazing along the side of the trail.  I tried approaching, but they ran off with a guilty look on their faces.  I have never seen sheep on a cache run before.

There was also a garter snake that was guarding a cache. I spent some time taking photos of him.

I didn't end up grabbing all of the caches.  A few I DNF'd, and a few I skipped over due to nearby muggles.  I did get 84 finds, which quadrupled my previous record of 21 caches in a single day.  Along the way I passed the 1600 cache finds miletsone.

It was a tiring but fun day, and the most caching I've ever done in a single day by far.  I wouldn't want to do a power trail every day, but once and a while they are quite fun. 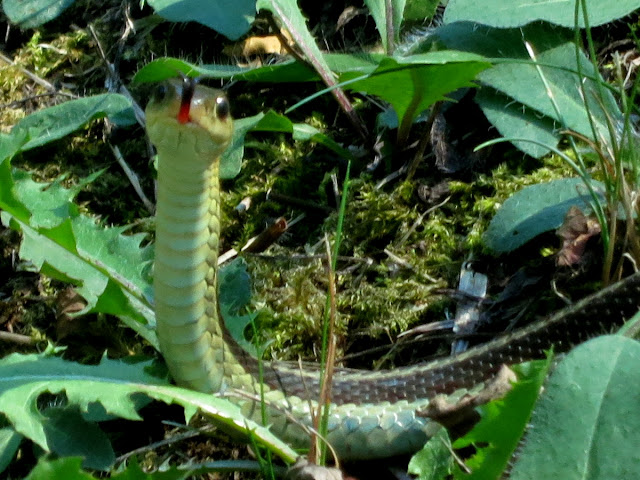 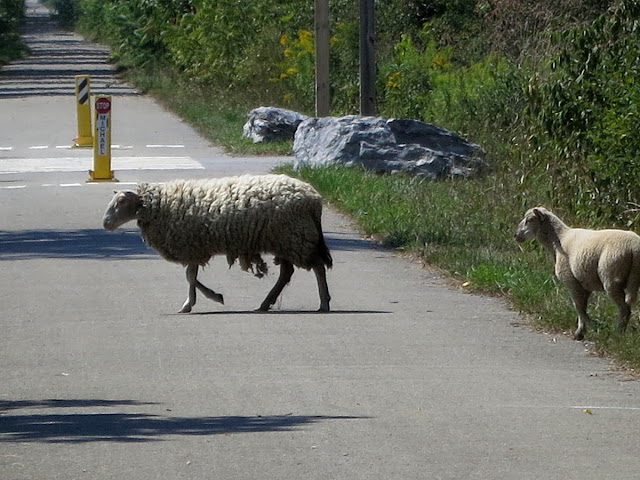 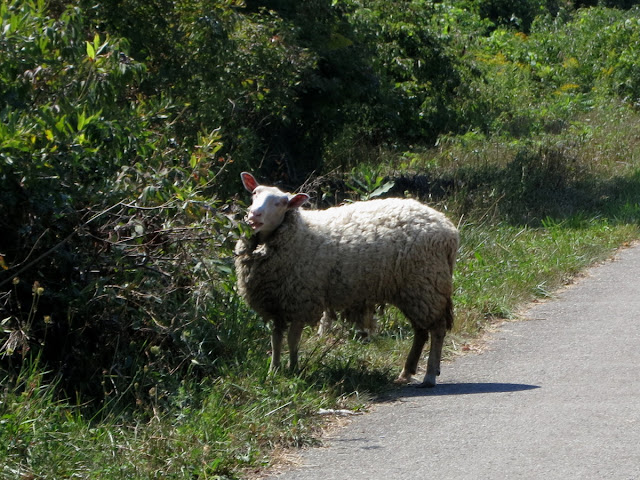 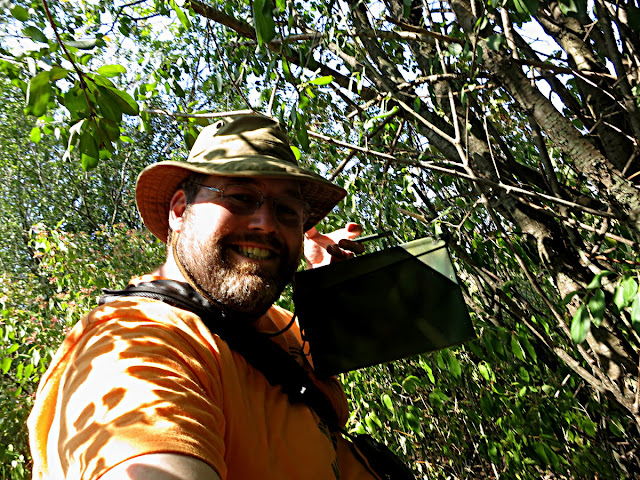 Posted by Dave DeBaeremaeker at 8:30 PM

I haven't done a power trail yet, although we have plenty of them around our area. It sure is a good way to up your numbers in a hurry. Congrats on your 1600 milestone!

There are a few power trails in my area and although I have never done one myself, I know a lot of folks who have and have all good things to say about them. Sounds like a perfect way to spend the day. How sore were your legs the next day? No pain, no gain brother!

This was a fun trail. I did this one in two stages as I had to bike both ways. I also was expecting the caches to be all the same and also was happy to see such a variety. It was not your typical power trail. Actually some of the caches were quite hard to find, and I spent a lot of time looking, as I figured I came all this way I want the find. That is also why it took 2 trips. I saw that Chip truck stop approximately half way through the trail and thought it was a great spot. I had enough water so I did not need to pull in. Thanks for sharing your photos.
Maybe you recognize my tag "The Bakkers" as you mentioned you saw alot of my signatures on the logs