A Little Bit of Spice


The cache description said that the hide was a micro in an urban environment - not in any bushes or trees.  Also it says that the cacher is often near by so be on the look out for a TB on his truck. 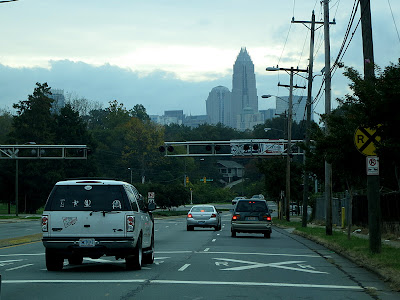 Armed with this information I found myself with the family on a side street near downtown Charlotte North Carolina.

We (my wife, who is in the drivers seat, myself, and two kids in the back) drive up in the Geovan Of Destiny and scout out the area.  We notice a muggle in the nearby parking lot, getting out of his car and talking on his cell phone. Beside him is a white truck with a man inside.

We go around the block and come back and park on the other side of the street.   I looked at the trucks I could see and didn't see a travel bug.  CO must not be around.

I get out of the van, cross the road, and start the hunt.  Given that the description says the cache is not in vegetation my only hide options is an electrical pole (not an LPC, but a wooden pole with some equipment hanging off of it).

I start my hunt.  As I do I notice that the person on the cell phone has started walking towards me, with a lage case on wheels in tow, still talking intently on his phone.  I immediately stop my search, stand straight and look across the street, trying to look 'normal'.  I need not have bothered.

As the muggle approached he turned to me and said "geocaching?".  I responded, with a "yep".  Without breaking stride he reaches over and taps a spot on one of the boxes on the pole, and keeps going. "Thanks!" I say, and check that spot. Sure enough there was the cache.  That was one question answered, but who was that drive-by muggle?  Was he a cacher too? Was he perhaps the CO in a hurry?

On a hunch I walked over to the parking lot where the cell phone guy came from, and sure enough there was a truck with a trackable on it. 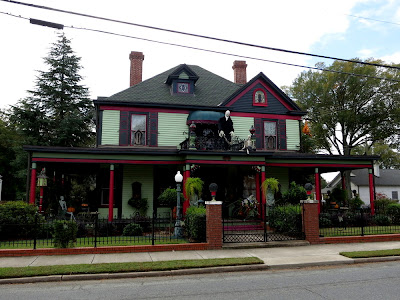 As we drove away, I started putting this story into the log (don't worry, my wife was driving).  Before we left city limits the CO responded.  The muggle in question worked in the business next door to the CO.  Also the CO was the person who was in the white truck when we drove by the first time.  We missed each other by mere seconds.

Why am I telling you this?  It is simple.  We were on a mission that day to get across the state to the coast.  Instead of spending 5 boring hours in the car, we spent 8 hours on the road, and had several adventures, each of which added a lot of spice to what would otherwise be a dull day.

For example, we ran across this old victorian house that has been decked out in Halloween decorations. A simple thing, but we'd miss it if there wasn't a geocache nearby. We'd have also missed a nice walk through the woods to see a faery door.  We'd also miss the single best cache series I have ever done (it deserves its own post - stay tuned!)

I'll leave you with some more pics from the day... 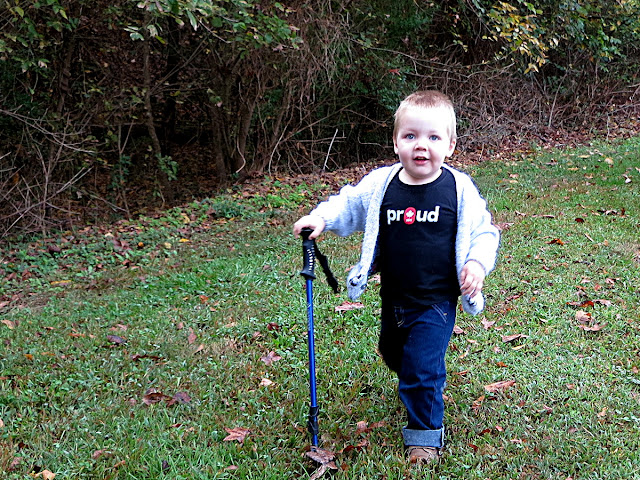 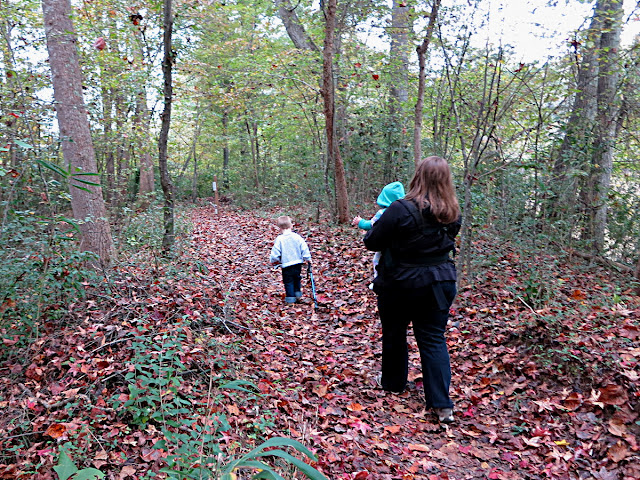 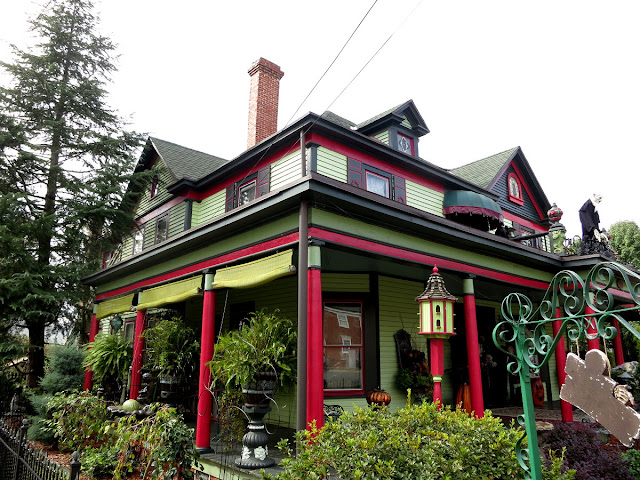 ... and if you are wondering, we did accomplish our mission. 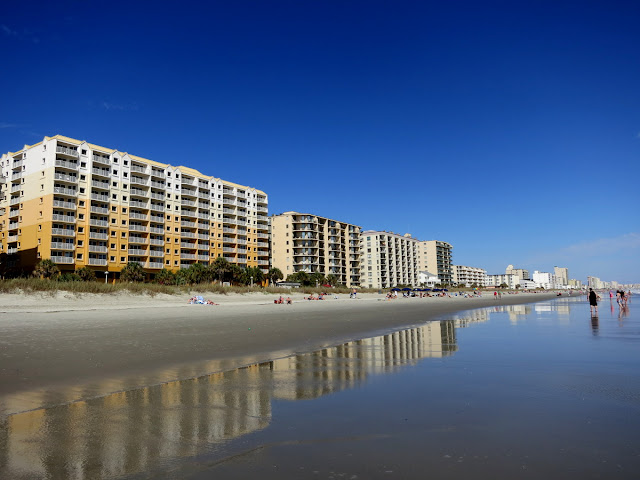 Posted by Dave DeBaeremaeker at 9:05 AM

The kids are the stars of this post! Could they be any cuter?? I love Zeke with his little hiking pole. And yes, your story was good as well. :-)

Thats a good story lol. I wish someone had given us a pointer when hubby and i went to try and find a new cache opposite houses the other day, we gave up as we felt too conspicuous. I have taken up hunting Munzees as well. in Glasgow last week looking for one, a man asked if we had lost something, i replied no and explained what we were doing, we were still there 20 minutes later when he came out of the offices and asked how many points did we have, i said none as we were rubbish, but in our defence it seems to be missing,

I enjoyed your post and the pictures are great, as usual.