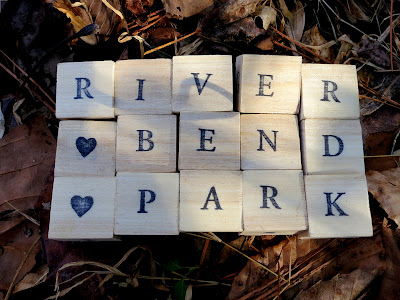 Yesterday, in search of adventure, I headed back to Riverbend Park near Hickory NC to attempt to clear it of the 8 geocaches I have not found yet.

Luckily I DNF'd on the very first one.

With the pressure off, I spent the rest of the afternoon with my trusty companion Bailey The Wonder Dog, enjoying the outdoors, hiking the trails, climbing over rocks and waterfalls, and hunting down geocaches. One of my favourites of the day was the parks only multi-cache: Puzzzles@RBP.  Each stage is a puzzle that must be solved in the field in order to get the coordinates for the next hide.  It was short, only 3 stages, but it was probably one of the more fun geocaches I've done in quite some time (and I've done a lot of good ones recently).

Fun and adventure is, after all, the name of the game.  Thats why I didn't mind DNFing the first cache, and why I didn't mind not finding the cache at the waterfall (both micros in the woods - go figure).  I still had a blast, got an adventure, saw new things, played with my puppy, took a bunch of photographs, and generally had a good time.

Here are some more pics of the day, including this tiny ammo can (which isn't compensating for anything!). 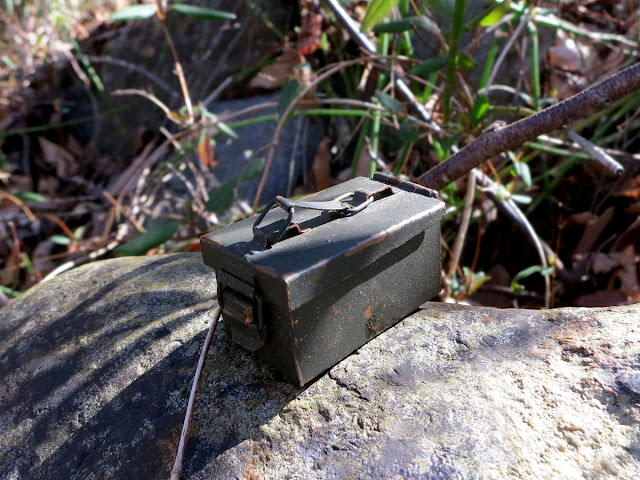 A nice set of waterfalls.  There is something soothing about the sounds of water flowing over a waterfall, and something overly adventurous about climbing on them.  This was taken from the far side (from the path)... one of us had damp paws at this stage, but didn't seem to mind. 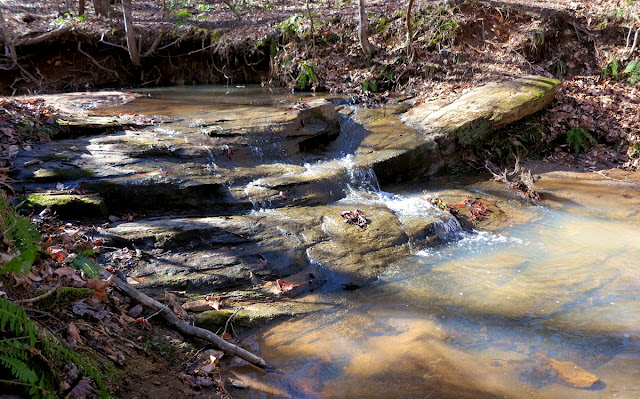 An ammo can of old audio tapes.  Rock'n'Roll was the theme of this cache.  I neglected to take any as I left my cassette deck in my other decade. 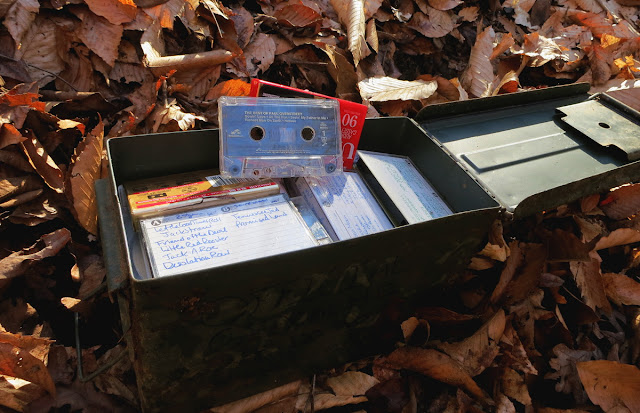 One of the many well groomed trails in the park. Despite the heavy rains we've had recently the trails were nice and dry (mostly). 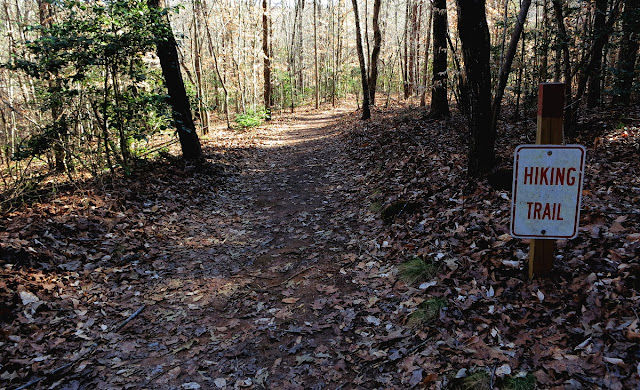 A scene from a cache well off the beaten track. You can barely see Bailey peeking out from behind the tree (can you spot her?) 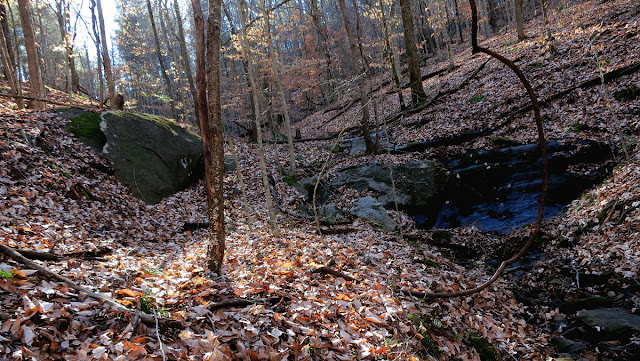 Microcosm.   This mini garden was discovered after hoping over one of the logs in the picture above.  It was a little bit of green in a sea of brown leaves and rotten trees. 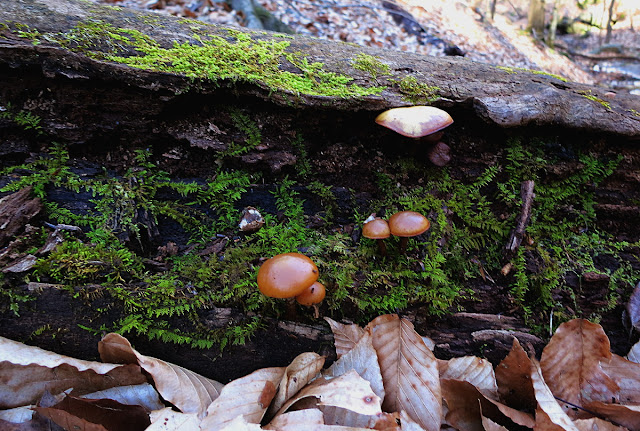 Posted by Dave DeBaeremaeker at 8:24 AM

Nice area. That's the kind of place that makes me real glad I discovered Geocaching. I used to go seek these places out when I was younger, then i lost my way. But since i started caching I've been to so many beautiful places that I would have been happy to have come to without a cache, but would not have known existed without it.

I dont see Bailey in that picture.

Looks like a fun day and a great park. I have my share of lightpole finds... but this is what geocaching is all about. I love discovering new places and new parks! Nice photos! (And... I STILL have a cassette player!)

Glad to see the rock & roll is still in good shape. It's about the only cache I have that I haven't checked on since it was placed. When I found the old cache at this location, I knew I wanted people to see this other side of the park. Glad you enjoyed the area and thanks for the favorite point! BTW, great pictures!

Yep, it is in great shape. One of the best stocked caches I've seen as well.

I found Bailey. I had to click on the picture and make it bigger.
This is the best way to geocache, in the woods!!

Kind of hard to tell that was a mini with nothing nearby to compare it too for size!! ;-) one of my favorite caches was also puzzles that needed to be solved in the field! Yours looks like a fun one, and a fun day! ALWAYS love your photos!!!