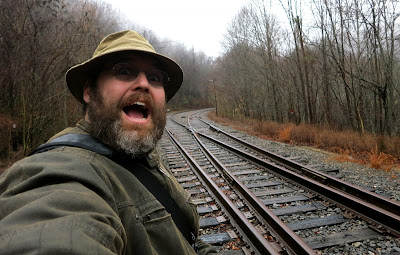 Near the town of Saluda North Carolina lies Saluda Grade, the steepest section of rail tracks in the eastern US.

To give you an idea of what "steepest" means, a grade of 2% is considered steep, however this section of track hits 5% in places.

There were many reservations about building this track, but it was the only way to connect Spartanburg SC with Asheville NC so they proceeded with construction in 1877.

Trains have run along these rails from 1878 to 2003, including the Carolina Special passenger train. 27 men lost their lives working this section of track over the years. In 1893 a train crashed on a sharp curve, killing 3 men and maiming another. The wreck left a mess of coal, steel, timber, and a carload of cattle on the tracks. This section of track is now home to a rather difficult 8 stage multi-cache that is named after the nickname of this deadly location: Slaughterhouse Curve (GC1M2DA).

On Saturday I went out on an adventure with 20(ish) other cachers to claim a smiley on this complex and tricky cache.

Each stage brings you to a different place along 2 miles of the infamous track.  Acquiring the coords for the next stages requires going into abandoned buildings, tunnels, up poles, out on train trestles, and walking miles of track. The cache is rated difficulty 4, terrain 4, and it earns it.

I had re-injured my knee moving office furniture on Thursday, so I was thankful to be in a large group that was full of folks that could do the more strenuous parts I was unable to do.  Otherwise I would not have been able to complete this amazing experience.  I am glad I went tho, as the scenery was amazing, and I was literally walking in history.  It is not hard to see why folks would buy tickets to the passenger line simply for the scenery.

It took us about 3 hours to complete all 8 stages.  Along the way several members of our group reached milestones: 200th, 500th and 2000th by various members.  If you are in the area I highly recommend trying to get this cache, but be prepared to get dirty, and bring company - you'll need it.

I will leave you with some more pictures from the day, starting with this shot of a rail switch, with some cachers in the background. 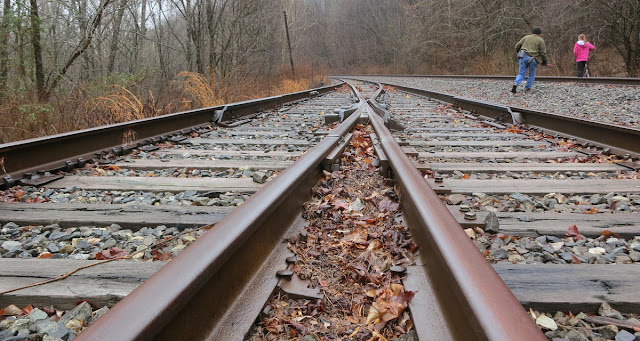 There are very few long straight sections of track, most of it is in the process of curving in one direction or another, often with very steep drop-offs on either side. Strewn along the tracks are chunks of coal, and left over brake pads. 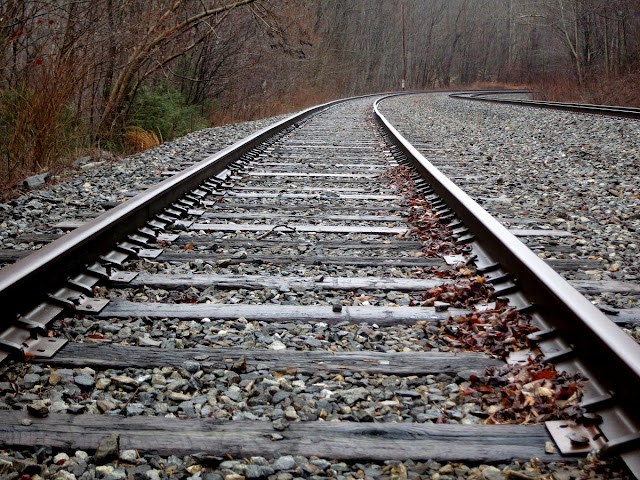 A group of very determined looking cachers on their way to stage 4. 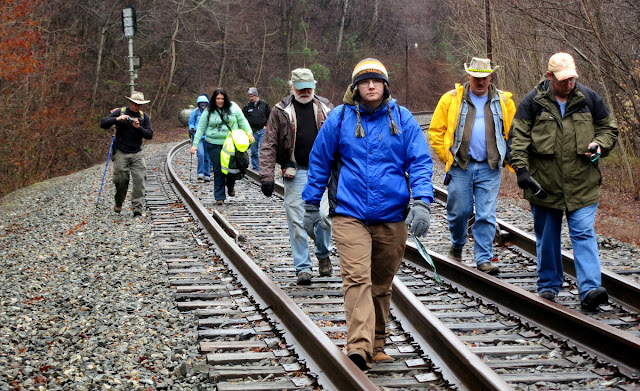 Climbing a pole to get the coords at the top. 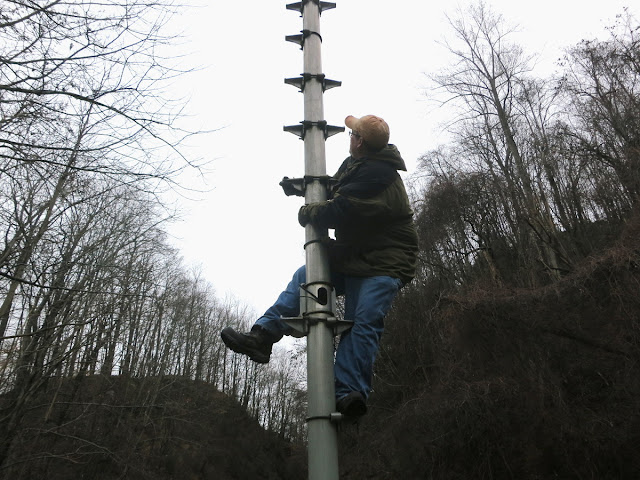 How many cachers does it take to find a geocache?

AgentHop searching for the final.  This was his 2000th milestone. 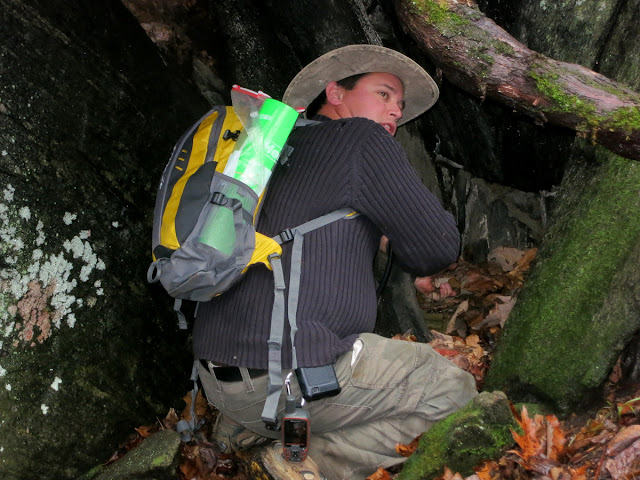 Some cachers stashed their vehicles near the final to shuttle us back to our cars parked 2 miles up the track near the first stage. 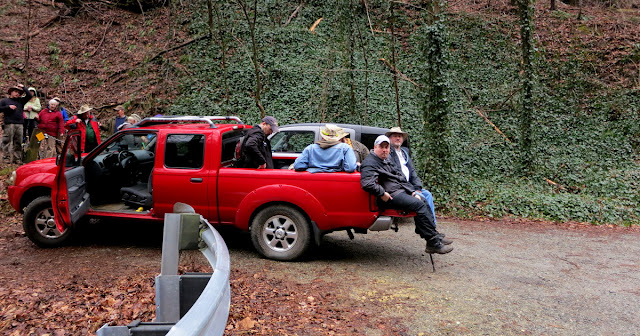 Posted by Dave DeBaeremaeker at 9:09 PM

VERY cool place to look for caches! Scenery is gorgeous... I can see why people would want to take a train ride through there! :o)

AWESOME BROTHER! I love it when a bunch of folks get together and go for it! Fun, fun and more fun! A 4/4 is always better in a group and the history of that area adds a nice "theme" to the mission. Thanks for sharing!
BH

I bet there were a lot of happy people to know that they didnt have to walk back!