The Black Worm of Henderson County 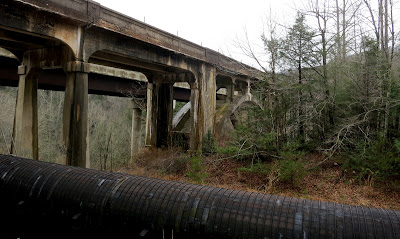 On Saturday after I conquered Slaughterhouse Curve, I had a few hours to kill, so I headed west to check out an old arch bridge called High Bridge.  There I found one of the oddest collection of giant man made objects I've seen in quite some time.

The first is a giant black tube (about 8ft in diameter) that snakes along a mostly dry creek bed. It carries water between two dams used for power generation.  The cache descriptions near this tube call this the black worm.  It seems like an apt description.  I do not know exactly why this tube is needed as there seems to be a perfectly serviceable creek to run water down between the two dams, but there it sits anyway. 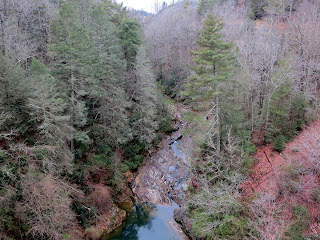 The worm runs along the bottom of a gorge.  Going across this gorge is two bridges, one of which is still in service. The other bridge, an abandoned arch bridge, still spans the river and is mostly used for foot traffic these days.

The view from the abandoned bridge is quite spectacular, as you'd expect from a high bridge spanning a gorge deep in the Appalachian Mountains.

The third object is a large, old stone dam used by Duke Power to, one assumes, generate hydroelectric power.

I found 5 caches in and around the gorge, with locations ranging from  top of the bridge, beside one of the dams, and along the worm itself. Several trails run along the top and sides of the gorge, so if one is inclined to billy-goat themselves under the steep hill under the bridges, one can get a great view of all three of these impressive made made constructs.

This is the view from the eastern side of the arch bridge. It is about a 1/10th of a mile across, and probably half as high.

Another shot of the black worm snaking its way through the gorge. You constantly hear the flow of water through the tube, and if you get close enough you can feel it.  It feels almost alive. 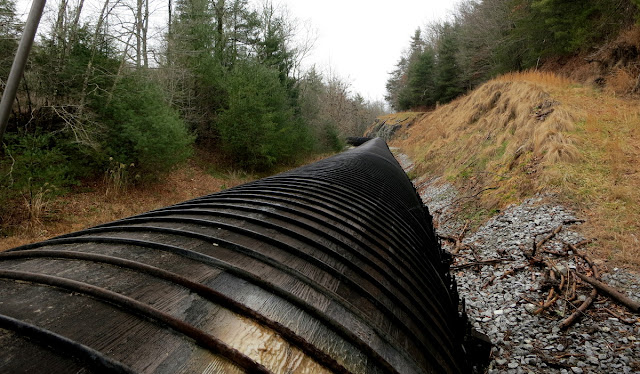 These are nuts of some kind - not sure which kind (tho I have been described as nuts many many times, I am not an expert on them).  I didn't realize they grew in clusters like this on trees.  You learn something new every day while geocaching. 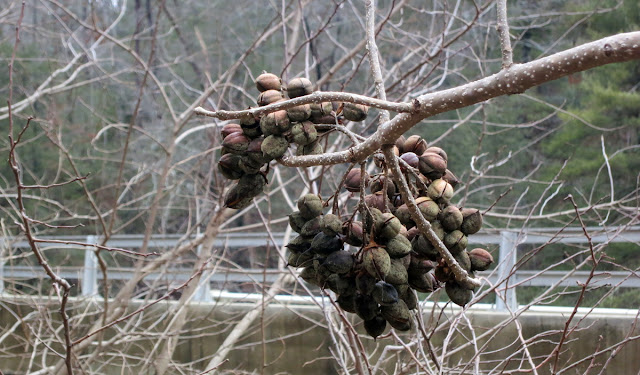 I have always been a sucker for trees that seem to grow from rocks.  This one near ground zero for a cache is a good example.  It is amazing to me that life can find a foothold even among what seems to be a completely inhospitable location for a tree.  Life finds a way. 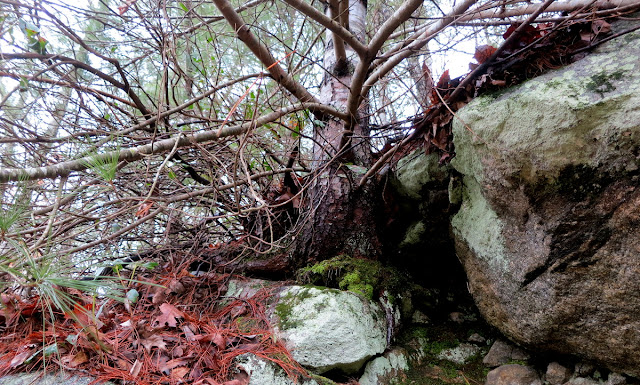 This dam looks to be incredibly old.  You can see places where the dam appears to be leaking (look low on the left hand side).   It is a spectacular view tho.  To find the nearby geocache you have to pick the right level.  This is the highest level, and not the right one, so I back tracked a bit. 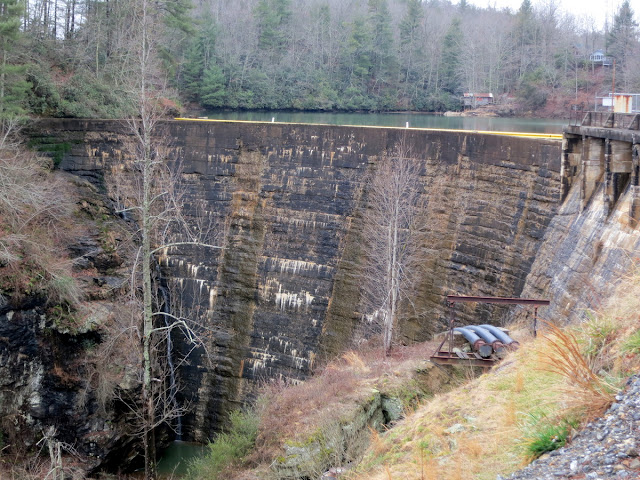 Once on the right level for the geocache, you are met with an imposing view from the middle of the dam.  Given how old it looks one spends a good deal of time hoping it doesn't collapse on you. It is a pretty impressive experience.

Posted by Dave DeBaeremaeker at 9:32 PM

Another totally awesome post and picture account of an extraordinary adventure! You find the coolest locations and objects. Are you sure you are caching on the same planet as I?
Thanks for sharing!
BH

I cache on Planet Awesome most days.

Nice pictures! Im going to have to visit these caches