If you have never seen the TV show called The Dukes Of Hazzard TV, you can stop reading now. 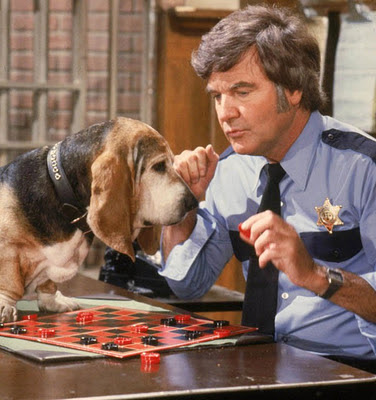 More specifically I met James Best, the actor who plays the bumbling Sheriff Rosco P. Coltrane, who chased those troublesome Duke Boys all over Hazzard County, in one of my most beloved childhood shows.

It went down like this.  I took my wife to see a community play, A Southern Exposure, at the Hickory Theatre last night.  One of the stars of the play is a crafting lady friend of my wife.  During some opening announcements it was pointed out that James Best is scheduled to do a one man show in a couple weeks, and that he was in the audience that very evening.  I looked over and sure enough he was a row up, and 10 seats over from us.  Then the house lights went down and the play started.

I enjoyed watching the play, which was well done, but in the back of my brain I kept thinking "Holy crap, Rosco is right. Over. There!".

During intermission I made it a point to go over and shake his hand.  We ended up talking for a good 5 minutes. He is a very down to earth guy, and quite personable and funny.  We swapped some stories of  him playing pranks as Rosco, and my dreams to drive around Hazzard County in a rented Dodge Charger (that were tragically dashed when I found out Hazzard County doesn't actually exist - dang it, Hollywood!). 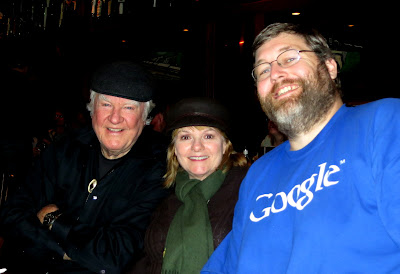 After the second half of the play I took my wife over to a local tavern to have a drink and some appetizers with my wifes actress/crafty friend.  It turns out the entire cast, the crew, James Best and his wife, all dropped by.

So there I sat, eating chicken wings with the real life incarnation of a character from one of my favourite childhood heroes.  Awesomesauce.

I finally did the fanboy thing and got his autograph and a photo, to commemorate the occasion.

This is, hands down, the best time I've ever had at a community theatre.  Yee Haw! 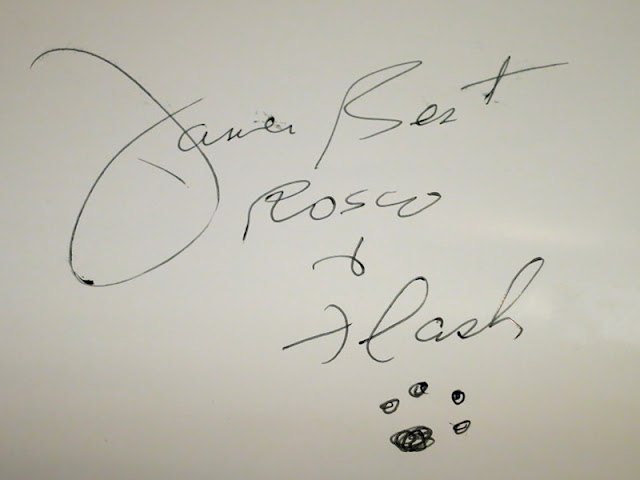 Posted by Dave DeBaeremaeker at 10:29 AM