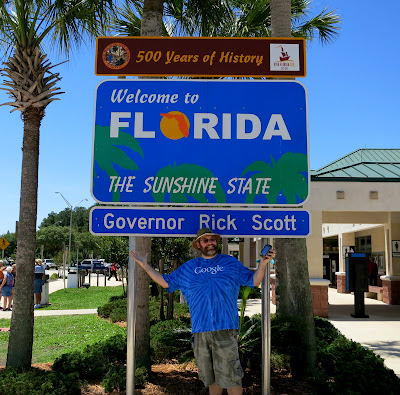 On Friday I started an epic road trip with my buddy +Andrew Smith to head down to Lakeland Florida to attend Geowoodstock XI.

We left Andy's house at 4:30 am, and drove the 643 miles in just over 12 hours.  We, of course, did some geocaching along the way.  Some interesting caches included:

- Stopping at South Of The Border (a cheesy mexican themed tourist trap just south of the NC/SC border).  I have been passed here many times as a kid, but never stopped by.  Today was my chance so I forced Andy (and by "Force" I mean I asked if he wanted to stop for a cache, and he said "sure!"). 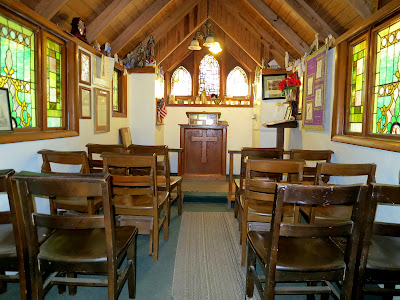 - The smallest chapel in America, which holds an whopping 12 people. I assume they are not worried too much about growing  "the flock".

- We stopped for a cache at the Florida Welcome Center.  We also grabbed the traditional free glass of
orange juice.  Very tasty.

Due to some nasty traffic around Orlando (I blame the mouse), we were a bit delayed in getting to Lakeland, so we decided to head straight to the first of many events we planned on attending this weekend:  The Friday Night Meet and Greet.

This event was held in a park along Parker Lake.  I got to meet up with many caching friends from all over the US who descended on Florida for Geowoodstock.  Some folks I have only known online, and some I had met previously.

I also grabbed 9 caches in the park, many with new caching friends I had met at the event. 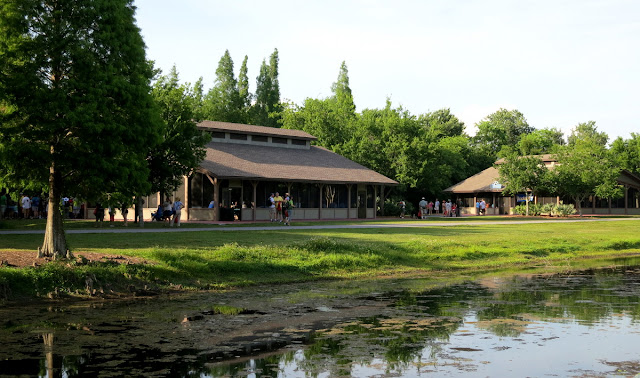 After the event was over we headed to the hotel to crash and get some sleep in preparation for the main event the next day: Geowoodstock XI. Stay tuned for coverage of that event coming soon to a blog near you.
Posted by Dave DeBaeremaeker at 7:35 AM