Seeing your favourite semi-obscure hobby mentioned nonchalantly in media is kind of awesome.  Here is my favourite mention by one of my favourite authors.  The story has absolutely nothing to do with geocaching in the slightest, but it came up anyway, seemingly at random.

The scene opens with one of the main characters rushing up the mountain to a ski lodge he owns deep in the mountains of British Columbia... 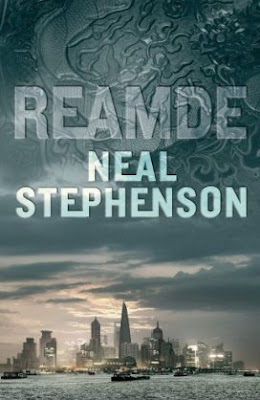 “So it was inevitable that he would close in on the tail of a gigantic RV no more than thirty seconds after he’d reached the part of the road where passing was completely out of the question.  It was not quite the size of a semi.  It had Utah plates. It needed a trip through an RV carwash.  Its back end was freckled with the usual bumper-stickers about spending the grandchildrens inheritance.  And it was going all of about thirty miles an hour.  Richard slammed on the brakes, turned on his headlights just to make it obvious he was there, and backed off to the point where he could see the rearview mirrors.  Then he cursed the Internet.  This sort of thing never used to happen, because the road didn’t really lead anywhere; beyond the Schloss, it reverted to gravel and struggled around a few more bends to an abandoned mining camp a couple of miles beyond, where the only thing motorists could do was turn around in a wide spot and come back out again.  But geocachers had been at work planting Tupperware containers and ammo boxes of random knick-knacks in tree forks and under rocks in the vicinity of that turnaround, and people keep visiting these sites and leaving their droppings on the Internet, making cheerful remarks about the nice view, the lack of crowds, and the availability of huckleberries.  Normally Richard and the Schloss’s other habitue’s would have at least another month of clear driving before those people began to show up, but these RVers had apparently decided to get a jump on the tourist season and be the first geocachers of the year to make it to the sites in question.”  - Neal Stephenson, REAMDE

The first time I read the above passage I was reading in bed late at night.  I laughed out loud, and forced my wife to listen to me read it to her.  I was giddy for days afterwards (cause, yes, I am an obsessive geek).

Have you seen geocaching mentioned in books or other writings that were not specifically about geocaching? If so hit me with the info by dropping a comment. Inquiring minds want to know.
Posted by Dave DeBaeremaeker at 9:50 PM