The Toddler At Round Meadow 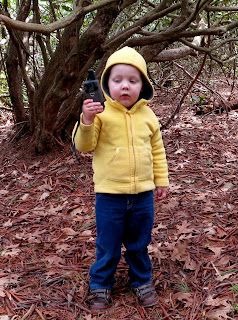 We spent the day up in the mountains, showing off some of the Blue Ridge Mountains beauty to a friend of my wife's who is visiting from Canada for a week.

It should not be surprising to regular readers that we ended up driving along the Blue Ridge Parkway, and we found some geocaches along the way.

The first stop was at Round Meadow in Virgina. Our goal was a nice 30cal ammo can.  Zeke was anxious to get out on the trails, and he boldy led the way 800ft  down the steep trail until we reached the end.  At which point I pointed the way to go, and he almost jumped at the chance to do some bushwhacking.

Excitedly he climbed up a small embankment, ducked under rhododendrons, over logs, and through the woods.  Since the rhododendrons were so thick I had to struggle to keep up with him.  Pretty soon we were at GZ, and he spotted the cache almost right away.

He tried to retrieve the cache, but it was a little to heavy for him (it was caught on some branches) so I gave him a hand: 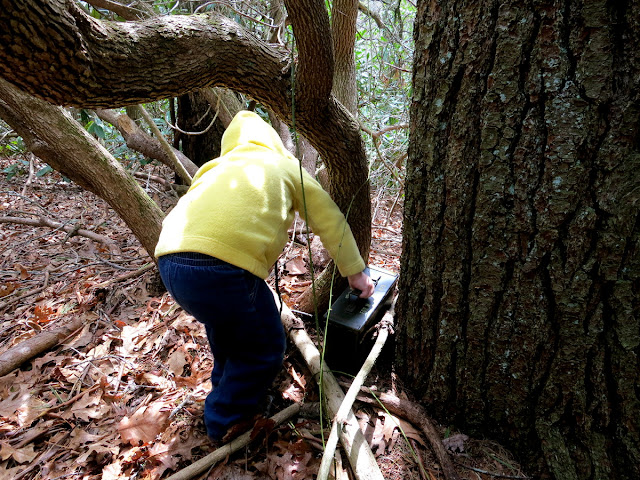 Once we had the cache in hand, I helped him open it up, and he went through the contents.  We ended up swapping some travel bugs, trading some swag, and singing the log.  He signed in his toddler scratch, and I signed in mine. 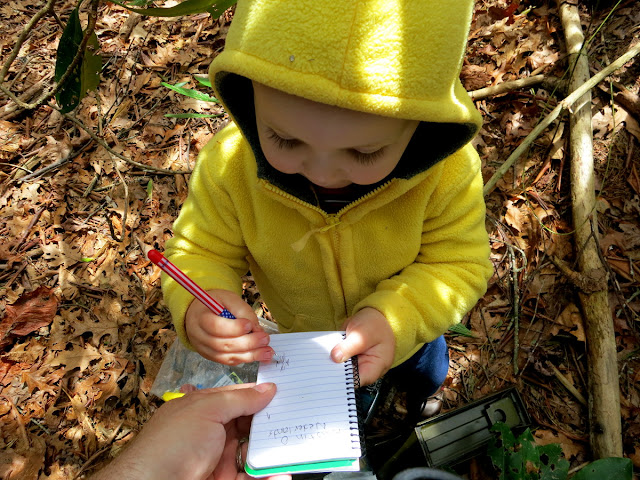 Once the business of logging the cache was done, he immediately set out to find the next one. 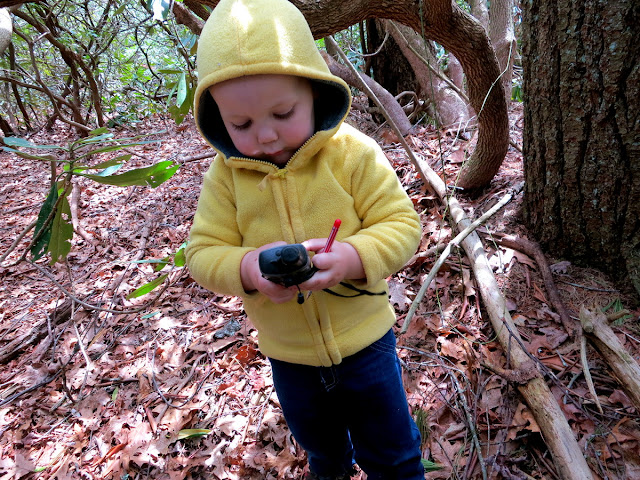 Zeke was exhausted when we got back to the Geo-van of Destiny, and he told me I was going to have to find the next one on my own.  After a good nap he was anxious to find some more caches.  Its really hard to keep a motivated toddler down.
Posted by Dave DeBaeremaeker at 9:27 PM