The standard guard rail cache is typically not very exciting.  Although some very notable exceptions exist, normally these caches do not provide a great deal of challenge.  The very definition of mundane.

On the way home from the Zoo today we decided to do some geocaching.  We loaded up the closest cache and headed over to GZ.  When we got there we discovered it was... tata! a shiny guard rail.

Since we already made the trip, I figured we might as well go get the cache.  So Zeke donned his shades, and we crossed the road to the target guard rail. 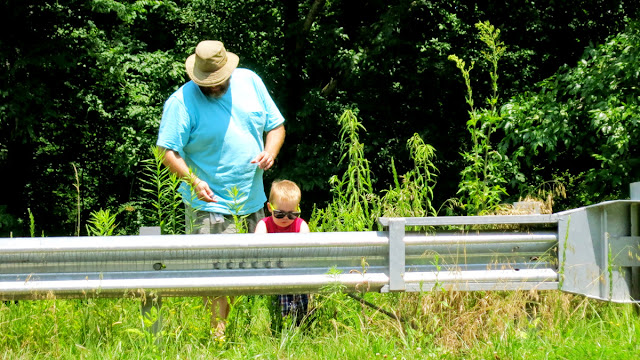 A few minutes later we had found the cache and signed the log, and another bonding moment between a father/son caching team.  That is nothing but fantastic - even if it did happen at a mundane guard rail cache. 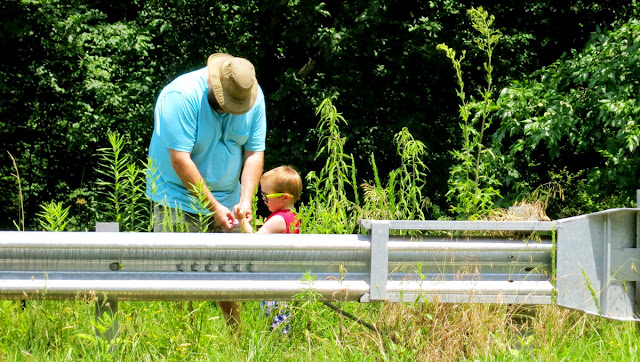 Posted by Dave DeBaeremaeker at 10:25 PM