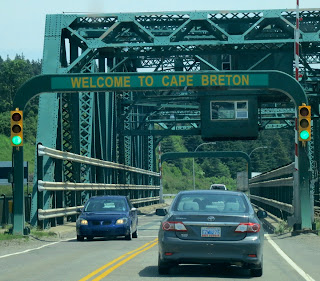 I, along with my wife and two kids, are on an epic road trip.  Our goal is to get to the bonny isle of Newfoundland, and see as many points in between as we can.

We started the day in Halifax NS, and our destination was to get to the far northern coast of Nova Scotia so we could catch the ferry to Newfoundland early the next morning.

This was mainly a driving day so we didn't get a lot of super awesome exciting adventures in, tho we did manage to eat a McLobster, and find some fun geocaches.

We also crossed the 45th parallel, which is the line that is equidistant between the north pole and the equator.

Much of the drive today was dominated by beautiful scenery.  Nova Scotia, and especially Cape Breton Island, has a lot of lakes, rivers, and shorelines to add a lot of visual interest. 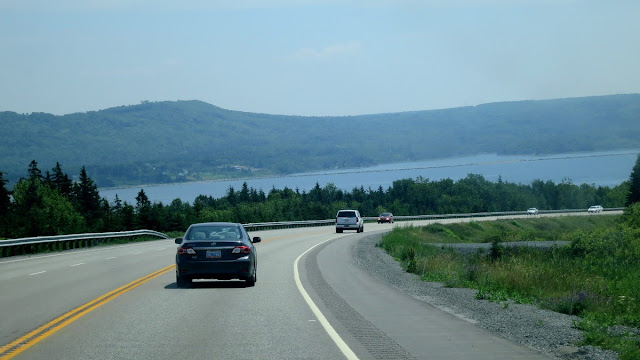 The Canso Causeway is a thin thread of roadway that connects Cape Breton Island to the north with the mainland to the south.  It was about half way through our trip. There is a geocache in the hills on the north shore, which is where I took this shot from. 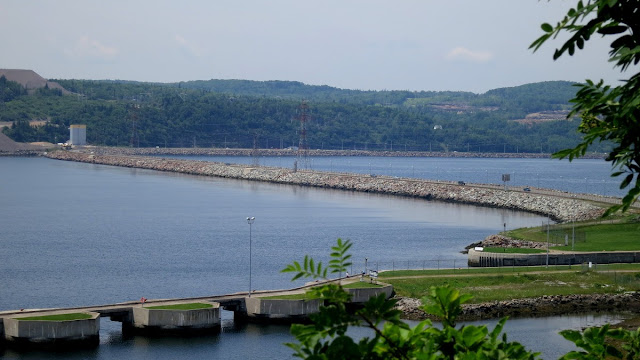 Along the way we decided to do a geocache called Cape Breton Oddities: Swamp People.  Despite the cache being a mile from the main highway, we ended up driving along an old dirt road for 22 KMs.  The name of the road was Loch Lamond Road, so we got to sing the old scottish song:
"Oh, ye'll tak' the high road, and I'll tak' the low road,
And I'll be in Scotland afore ye;
But me and my true love will never meet again
On the bonnie, bonnie banks o' Loch Lomond."

We also saw some evidence of logging activities... 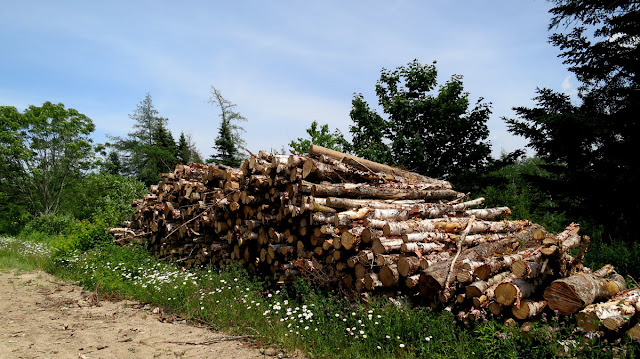 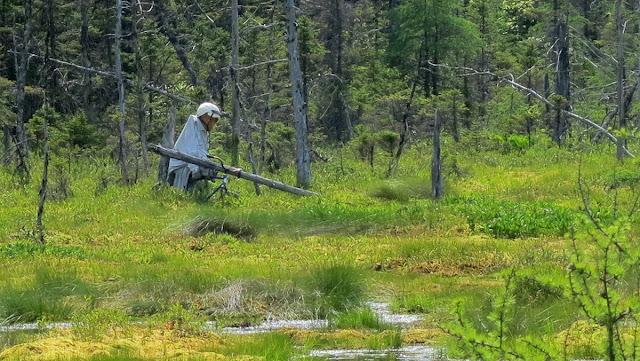 The road was dry and dusty, so the van was covered in a thick layer of dust by the time were were finished. 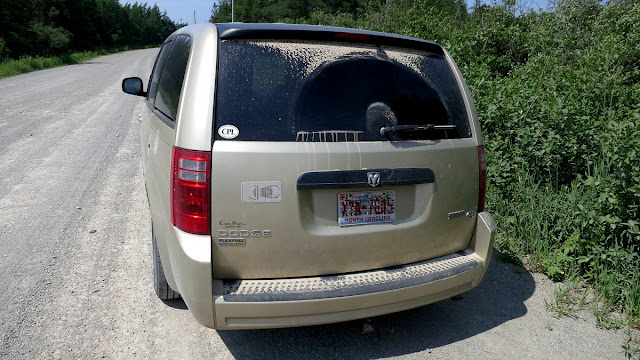 We are spending the night in Sydney Nova Scotia, and heading out early (wake up: 5:30AM) to catch the ferry to Newfoundland.  I can't wait!  I wonder if we'll make it on time...
Posted by Dave DeBaeremaeker at 8:30 AM