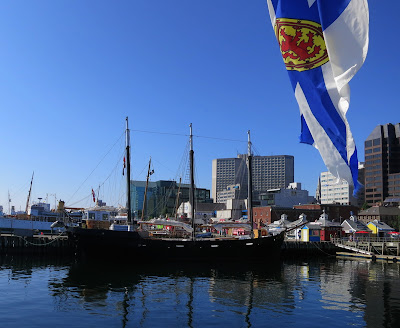 I am on an epic road trip with my family.  Our ultimate destination is to visit the bonny isle of Newfoundland.  Along the way we are exploring the world and getting into adventures.

Today we are in Halifax, Nova Scotia.  We hit up most of our planned activities for today yesterday, so we didn't really have anything on the schedule for today, so we decided to do some freestyle exploring. My wife saw ads for a people ferry, which we figured the kids would like, so we headed downtown to see what adventures we could get into.

When we got downtown we found a tour boat that would take us out in the harbour on a sailing ship.  So we decided that was better than a ferry and signed up immediately. The following are some shots from the boat, starting with Abigail looking in the porthole to the galley below. 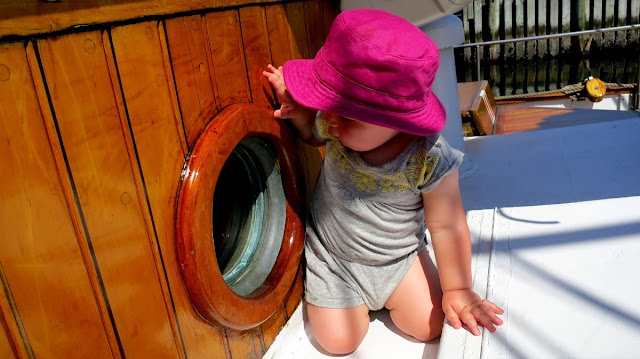 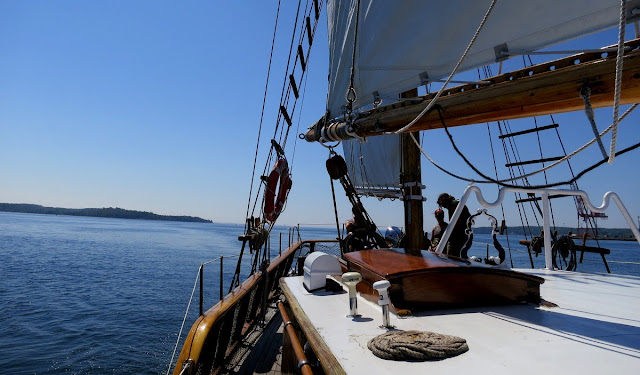 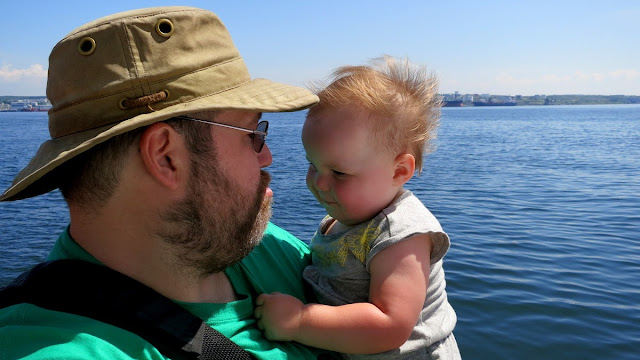 Out on the water is a great way to see the skyline of Halifax. 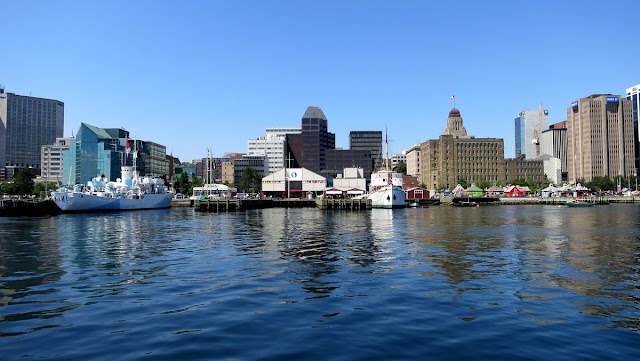 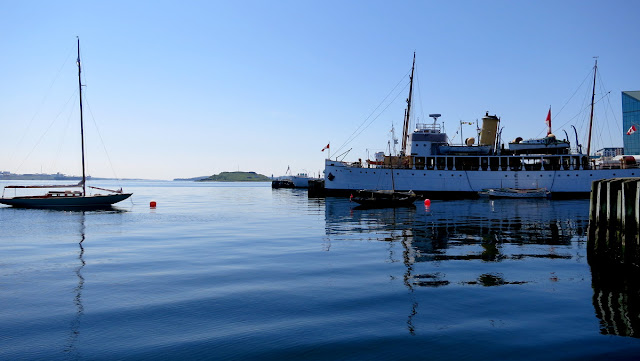 This is a panorama shot taken by holding my cell phone off the side of the ship for a minute or so.

After lunch (consisting of ice cream and poutine, cause: vacation), we headed to the southern tip of Halifax to Pleasant Point Park where the kids did some beach playing, and I did some geocaching.

The park was an old fortress back in the day when Canada needed defending from such scallywags as the French, and the Americans (note: we settled the second one a few years later).  This is an old tower that was used for harbour defense. 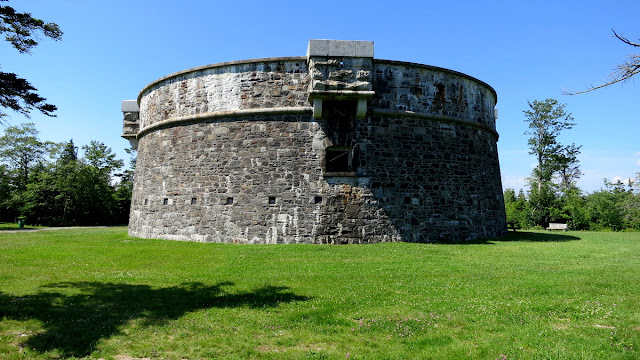 After the park we headed back to the hotel for some food, a swim, and to get some rest.  Tomorrow we're going to head north to Sydney Nova Scotia.  I wonder what trouble we will get into then? 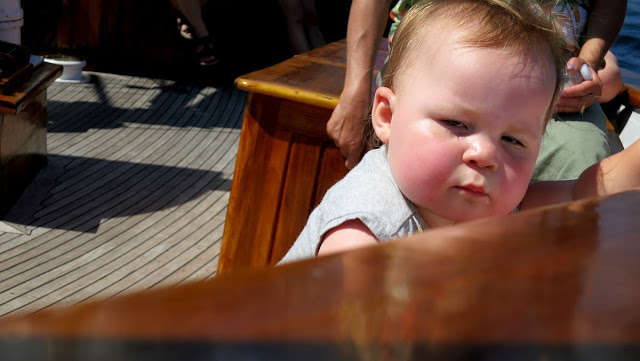 With this crew in tow, one never knows.

Posted by Dave DeBaeremaeker at 7:50 AM