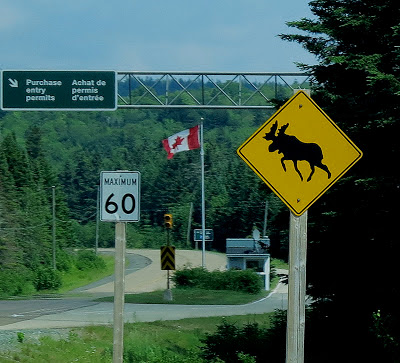 I am currently in the middle of a 3 week road trip to explore the north east of North America. We are driving from our home in North Carolina to the bonny isle of Newfoundland, and back.  Along the way we are packing in as much adventure as a carload of toddlers and infants can manage.

This morning we left the hotel just outside Bangor Maine and headed north across the border to our native homeland of Canada.

We grabbed a cache and explored a scenic lake in Maine before making the uneventful crossing into New Brunswick.

I had planned to geocache our way to our destination, but half way through the day we changed plans. As a result we were able to visit a wonder of nature we were not going to be able to otherwise (It did mean I got fewer geocaches today, but geocaching is about the adventure, not the numbers, and as you will see, the adventure was worth it).

We also ended up with an unexpected theme for the day - The Bay Of Fundy, and its natural wonders.

As you may be aware, the Bay of Fundy sits between New Brunswick and Nova Scotia, and it boasts the highest tide range in the world - 50ft on average.  As a result it has some rather interesting geological attributes.

The first we encountered during our day is the Reversing Falls in Saint John NB.  The name of the falls is not metaphorical.  Like most rivers, it generally flows from the land towards the sea. This is simply due to the fact that the land it at a higher elevation than the oceans are.  When the tides in the Bay of Fundy start to rise, the sea level rises above the level of the river.  At this point the water reverses direction and starts flowing up river.

The Reversing Falls can be seen in the background here.  Currently the water is flowing out to the bay. 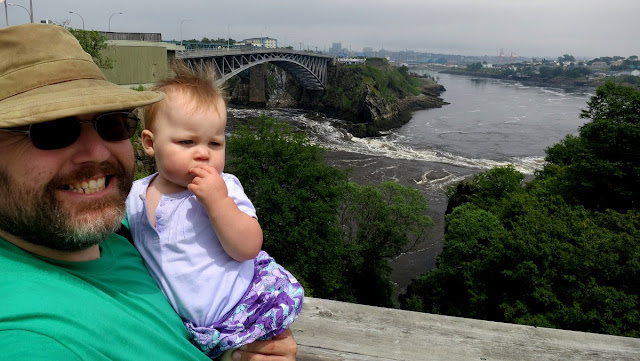 The next stop was the flower pots at Hopewell Rocks.  The flower pots are a series of tall water-carved rocks that were formed by tidal erosion.  During low tide one can walk on the floor of the bay, and check out these tall monuments first hand.  Originally we were going to visit these tomorrow when the tide was high, however we realized we could make it for low tide today, which was what prompted the change of course and a most excellent addition to our adventure. 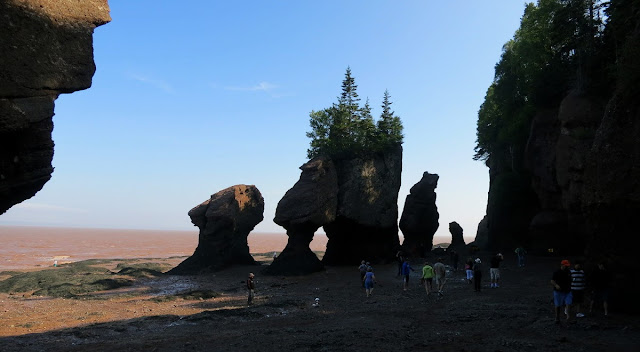 As you can see the flower pots extend a very long way along the edge of the bay. There is an earthcache that can be found down here.  Walking on the ocean floor *and* a smiley?  Yes please. 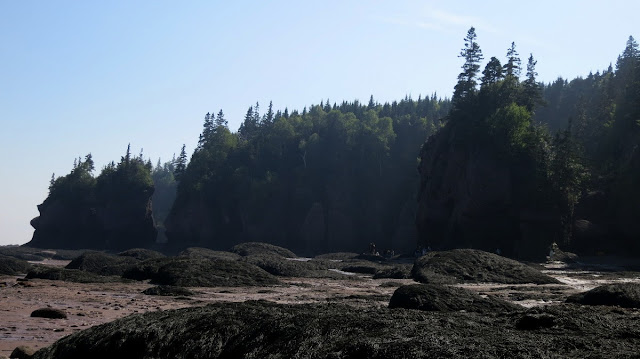 The second Zeke hit the bottom he had one goal:  to throw a rock into the ocean.  I am happy to report that a few minutes later he achieved this noble and monumental goal. 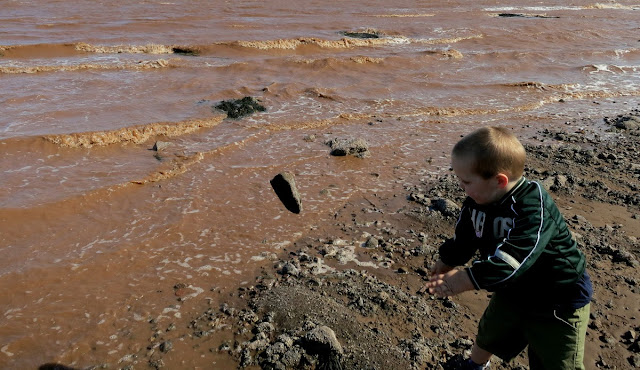 The bottom is a mix of rock and mud.  Zeke found some of the muddy spots and got his shoes covered.  I won't tell mommy if you don't. 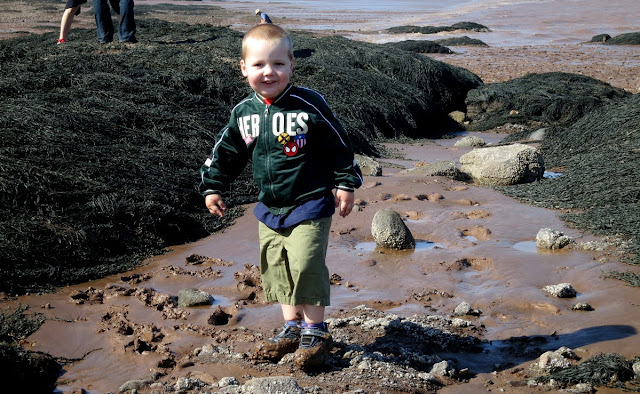 The final Bay of Fundy related wonder of nature is something called a tidal bore, or really its a mini tsunami.   When the water rises in the Bay of Fundy, the tidal surge pushes a wave, which can be up to 2ft tall, up the Petitcodiac river.  As the tidal bore comes in the direction of the river changes from flowing down stream to up stream, and the water level can rise 7 metres in just over an hour. 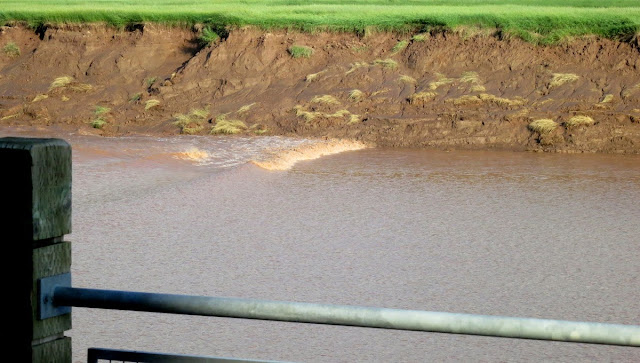 The Petitcodaic river runs right past our hotel, and it was scheduled to pass at 7:39pm (with a 20 minute variance on either side).  So once we checked in, we ordered in some food, sat on the patio along the river, and waited.  The tidal bore is also an earth cache.  It was the easiest earth cache I have ever logged.  I didn't even have to move from my table. 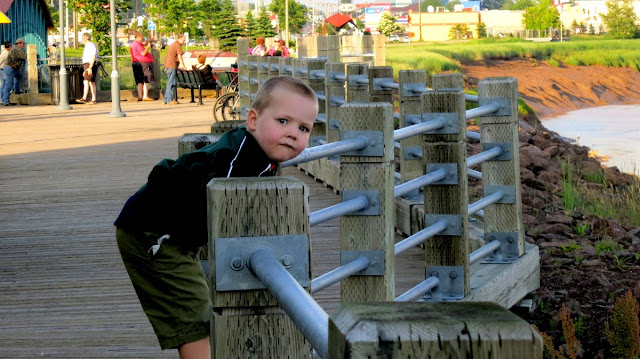 This is the view of the hotel from about 0.2 miles down stream.  As you can see the water is rising, and turning blue. 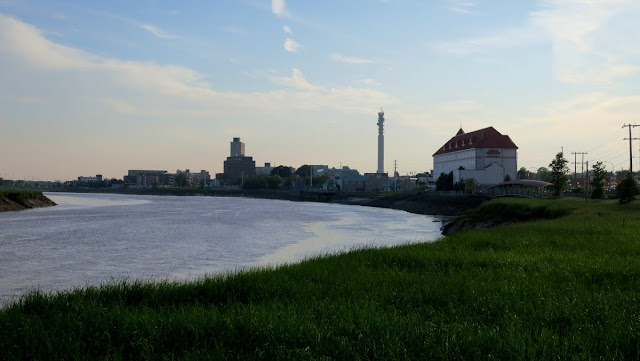 So we are spending the night in Moncton NB. We have already accomplished our planned activity for tomorrow morning, so we should have an easy drive to our next destination. Where is that going to be? Stay tuned!
Posted by Dave DeBaeremaeker at 8:57 AM