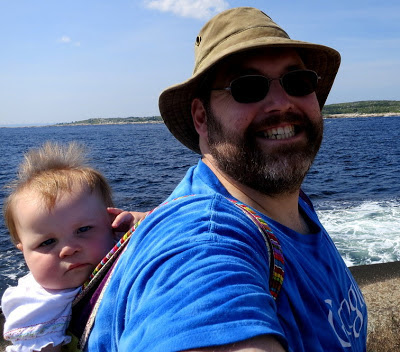 I am on an epic road trip with my wife and two kids.  Our destination is the bonny island of Newfoundland, and many points in between.

This morning we woke up to find that the rain had disappeared and the prospects for a bright sunny day were upon us.

We had planned on visiting the Bay of Fundy, but due to a bit of fortuitous re-scheduling of our plans we did that yesterday.

Since we had some extra time to kill we decided to do tomorrow mornings plans this afternoon.  So we hopped into the Geovan of Destiny and rushed over (by rushed I mean we only found 4 geocaches along the way), and got down to business.

The first order of business was to find Canada's first geocache.  I covered this earlier so I won't rehash it here.  Needless to say it was cool to put my name in the logbook of such a historic cache.

We then headed over to the historic and picturesque Peggy's Cove.

Our first stop was the memorial to Swissair Flight 111, which was an plane that crashed in the ocean near Peggy's Cove in 1998. 229 people died in that tragic accident. 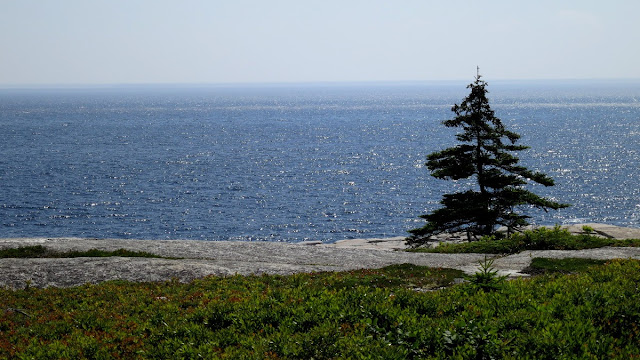 It is a touching memorial, but it also provides some amazing views of the Atlantic ocean, and Peggy's Cove itself. 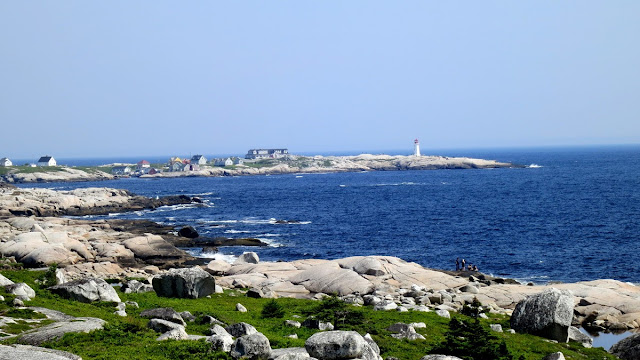 We then headed over to Peggy's Cove proper, which is an active fishing village, as well as a tourist destination. It is a quaint little town that one (at least I) imagine when one thinks of a "small Nova Scotia village". 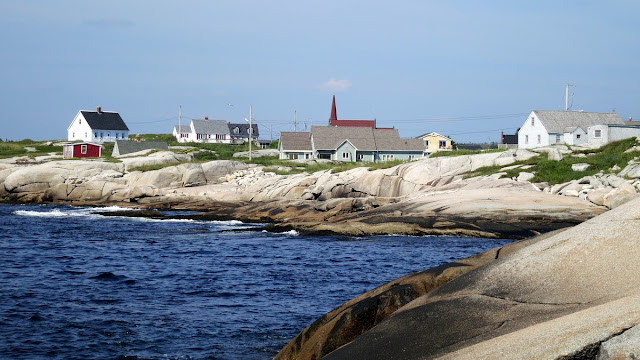 Of course the main draw for tourists to Peggy's Cove is the famous lighthouse. 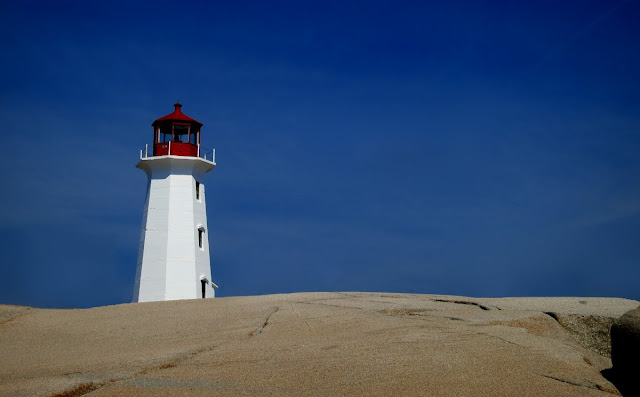 After we "did the cove" we headed over to the hotel in Halifax for some kid bathing, and resting.  Tomorrow we'll venture downtown to see what adventures we can get into.  What will that be?  I dunno yet - we're gonna wing it.  Stay tuned for how well we managed!

Posted by Dave DeBaeremaeker at 9:13 AM