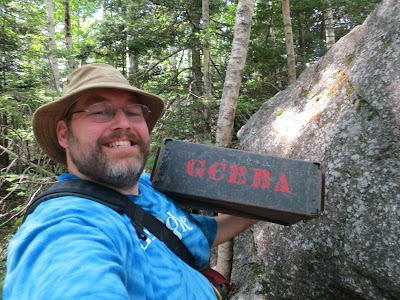 It is always fun to be a part of living history. In this case the history is Canada's first geocache.

I recently found myself in Halifax, Nova Scotia, so I made the 30 minute drive south to grab this historic cache.

Ground zero is just off a highway interchange, which is an odd spot for a geocache placement, but it is also a nice little walk in the woods.  Being literally circled by highway off ramps, yet being in heavily wooded area gives it a nice secluded feel.  Not a large chance of getting muggled here. 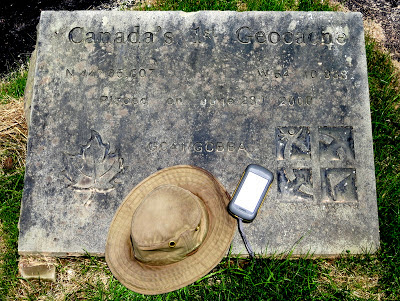 There is a tribute plaque placed at Graves Island Provincial Park, 7KMs down the road from the cache. I am not sure why its not at the cache location, but I suspect it gets a lot more traffic where it is.  Either way it was a nice place to stop and grab some lunch before heading back to Halifax.

The plaque has the cache coordinates, and the GC code, as well as a maple leaf and the Groundspeak logo. I wonder how many people have been introduced to geocaching because of this?

I normally do not trade swag items in caches (unless my son is involved), but in this case I made an exception.  I grabbed a troll doll with red hair to commemorate the occasion.

Another awesome cache in the bag, another memory, another brush with history. Fantastic! 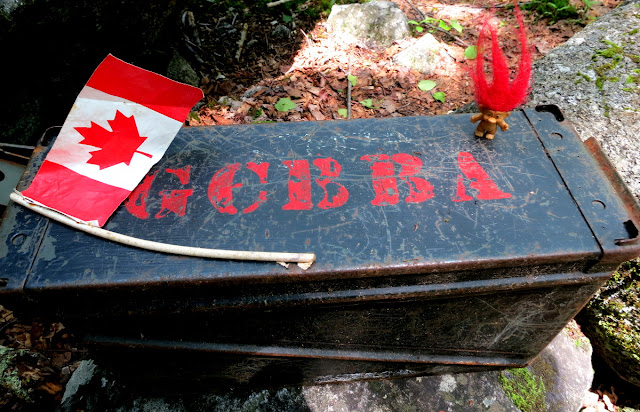 Posted by Dave DeBaeremaeker at 9:10 PM