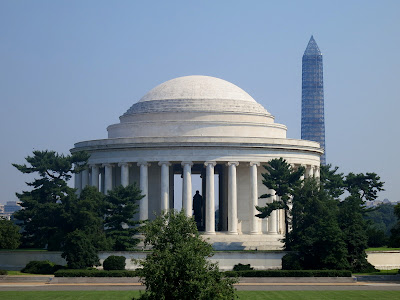 We are on the last days of an epicroad trip that has taken me and my family from our home in North Carolina, up the east coast of North America to Newfoundland, and back.

Well, almost back.  We still have two days left.  Yesterday we spent exploring the National Mall in Washington DC, and today we're spending it exploring the rest of the city.

I am using all of the virtual caches in the city as a tour guide, and it is working out amazingly well.

Yesterday we bought tickets to a hop-on/hop-off tour bus which were valid for 48 hours, and today we used that to full effect.  We started by taking the subway to the closest bus stop for the tour  (Arlington National Cemetery) and rode it until we got close to the White House: 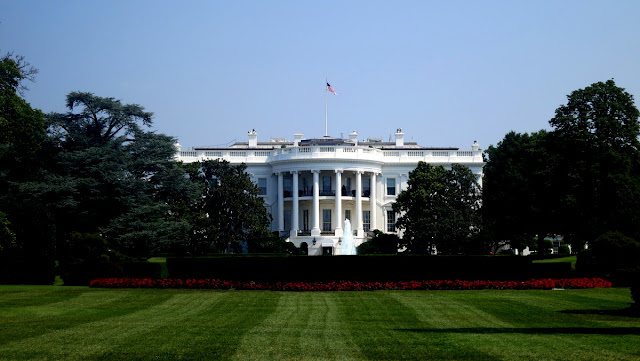 It was evil hot (104f-ish) and no breeze, so we spent some time cooling off in a park. 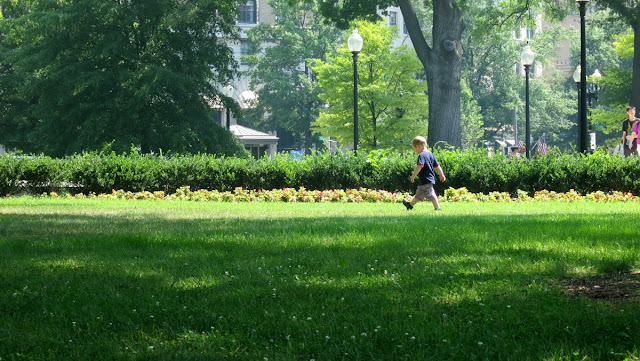 This is the family waiting for the next bus. 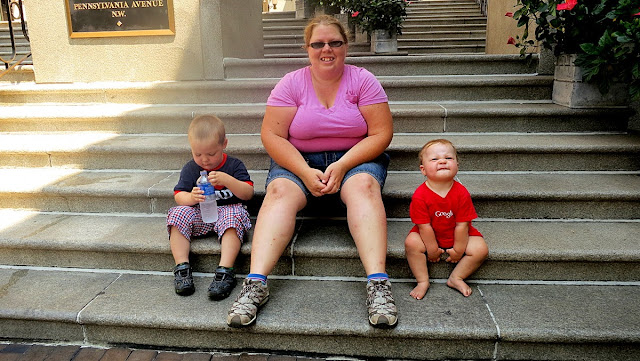 Included in the bus tour was a cruise on the Potomac River, so we ate lunch on a boat, and watched the city as we floated by. This is the Watergate Hotel, the place that sunk Nixon. 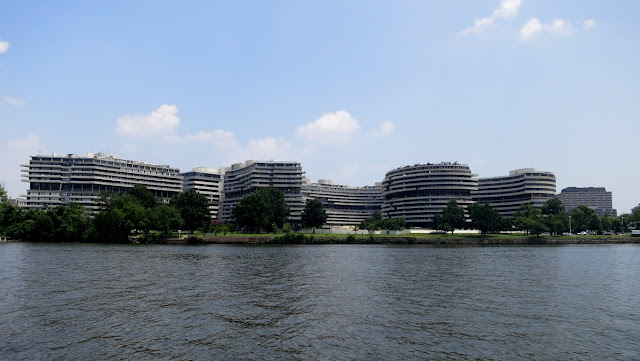 Along the way I am pretty sure I saw Marine One, the helicopter that transports the President around. 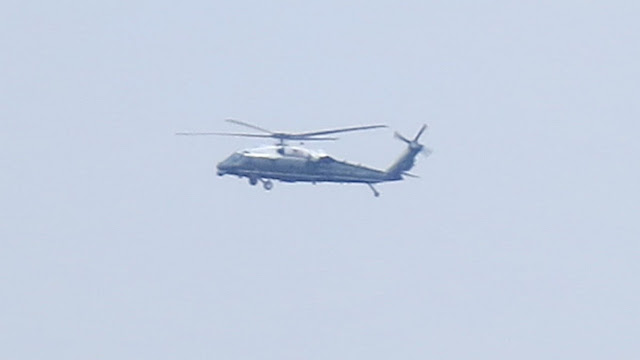 After the boat ride my wife took the kids back to the hotel to beat the heat and get some nap times in, so I headed out on my own to explore the city solo.  I, of course, did some more virtuals. I mean, why not?  They are there, I am there... seems like everyone wins.  I like winning... makes me feel like a winner. Winning is good.

Anyway, the first virtual to come my way was at the Navy Memorial. This sculpture is called The Lone Sailor. 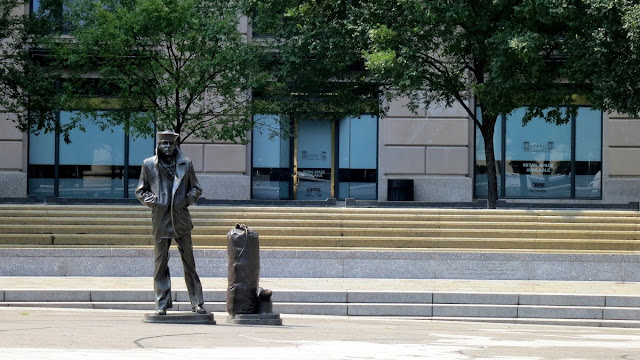 This sculpture is outside the Federal Trade Commission building.  I am sure it is meant to be symbolic of the struggle of something... I assume its the struggle of the world dealing with US trade policy. 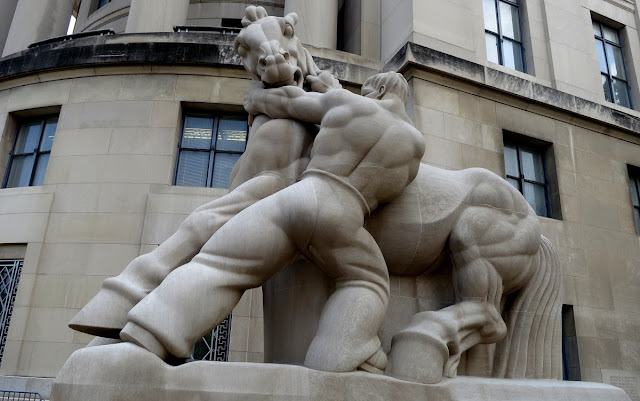 After I stopped by Canada (nope, not a typo), I went to check out Fords Theatre.  Those of you who have paid any attention to US history may recall that President Abraham Lincoln was assassinated by John Wilkes Booth at Fords Theatre. The box in question was where the deed was done. 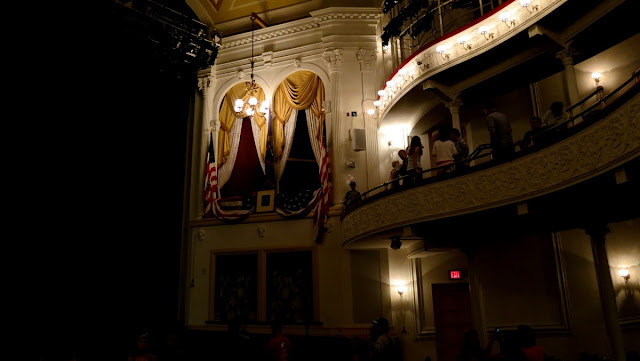 He was shot in this balcony.  True story! I heard it on Fox News! 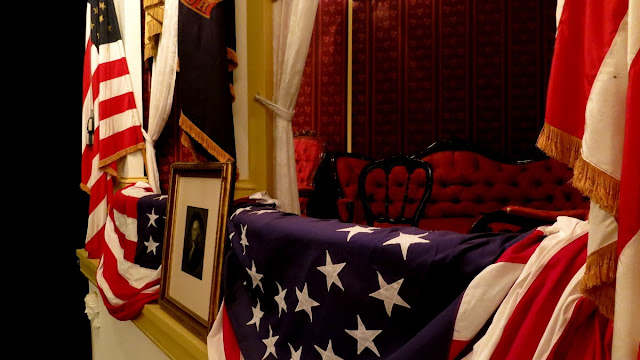 The final place of the day was a stroll back around the White House and passed the Old Executive Office Building.  Its really just an old office building (and kinda ugly), but I've watched too much West Wing not to want to take some interest in the ol' OEOB. 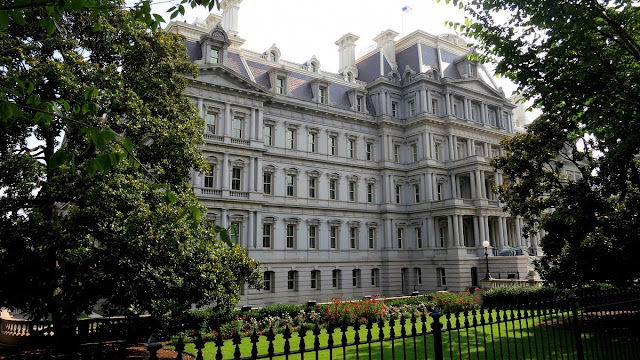 After this I headed back to the hotel to get some food and sleep.  Tomorrow is our last day on this trip.  We still have a lot of miles to put on before we get home, and some more adventures to get into.  Stay tuned for the stunning conclusion of this epic road trip.
Posted by Dave DeBaeremaeker at 7:39 AM