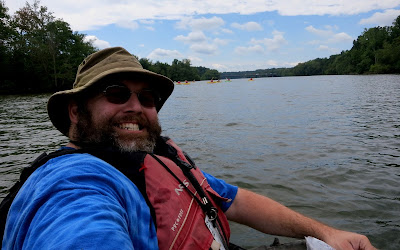 Last week, on a Tuesday, I went on a work offsite to the US National Whitewater Center near Charlote NC.

The USNWC is the training area for the US Olympic team, but they are open for the public for a wide range of activities: mountain biking, rock climbing, ziplines, and of course, whitewater rafting.

They also have flatwater kayaking on the nearby Catawba river.

Being a dedicated cacher I checked out the center for geocaches beforehand. 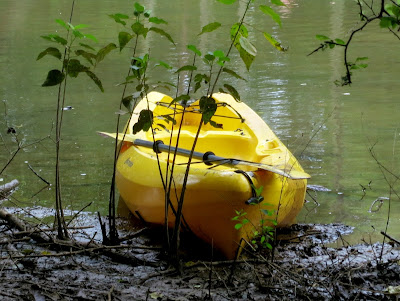 There were two caches nearby.  One in the middle of the center, and the other on an island on the catawba. The island cache looked particularly interesting, and I immediately planned to grab it via kayak.

I mentioned that I wanted to grab a cache via kayak to a co-worker, and he told some others.  Pretty soon I had a group of 10 or so folks who wanted to come kayaking with me.

When we arrived at the center we headed over to the kayak place and got set up.  Pretty soon we were in the water and paddling. 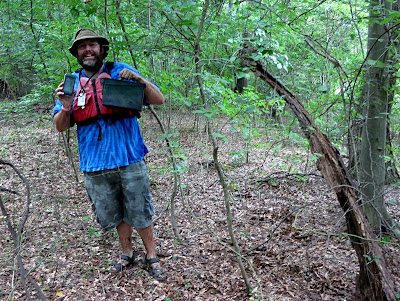 I had never been in a kayak before, and it took me a bit to get used to paddling.  The kayaks also had no back support so my back immediately started hurting.

Nevertheless I pressed on and lead the group around an island to the closest landfall to the cache.

When we got there we discovered that the shoreline was covered in thick muck.  Stepping it in meant sinking in deep, sometimes past your ankles.  As a result only two of us made landfall and hiked the 100ft or so to the cache site.  Especially difficult as I was wearing sandals, and not my normal hiking boots.

This is a pic of the group heading towards the cache location. 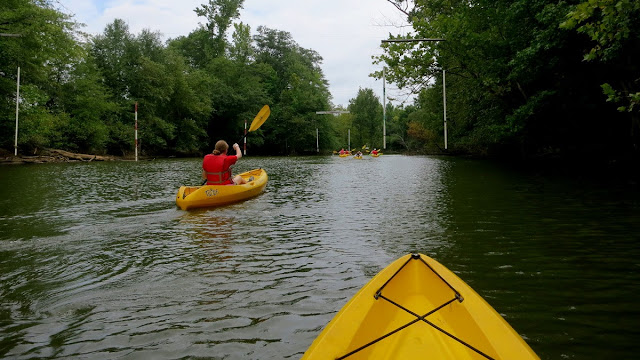 Needless to say we found the cache.  I managed to get back into my kayak without flipping it, and we paddled the rest of the way around the island to the docks. 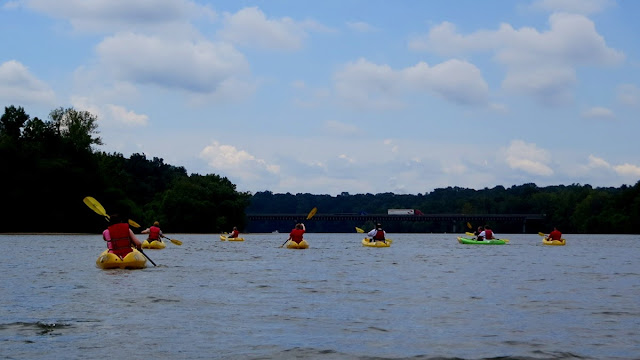 Kayaking is one of the hardest things I have done in a long time.  I bike a lot, but kayaking uses the exact opposite group of muscles, so I was not in shape for all the paddling.  Needless to say I made it to shore, and was very thankful for lunch.

After lunch I just hung around and took some photos of the rafters, like this one: 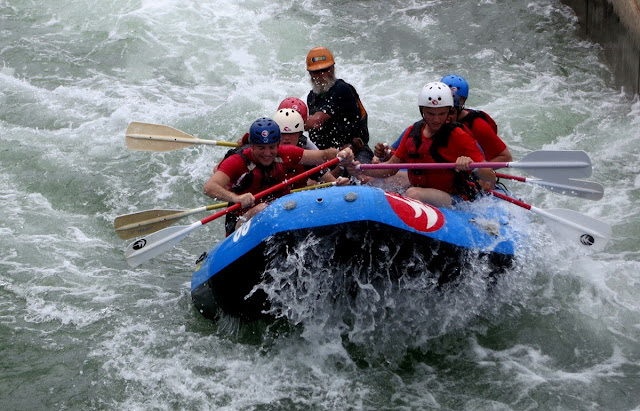 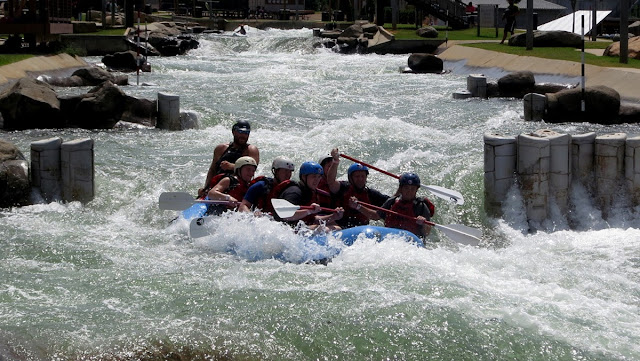 So that is my first kayak cache. Oh, about that other cache at the center... I found that immediately after arriving at the center.  I also used it later to show a co-worker all about geocaching.  She enjoyed it so hopefully I have a new recruit to the crazy hobby called geocaching.
Posted by Dave DeBaeremaeker at 4:27 PM