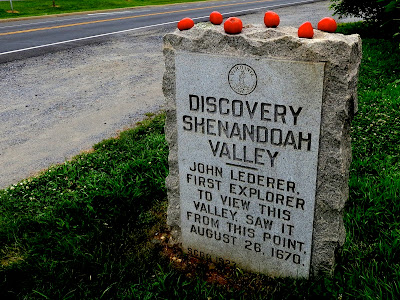 For the past three weeks I have been on an epic road trip to explore the eastern seaboard of North America.  We have gone from our home in North Carolina up to Newfoundland, and are headed back.

We're close to the end. In fact today is our very last day on the road.  We are driving the exact same roads we drove on our first day, so a lot of the scenery looks familiar.  Despite this, we still managed to get in some adventures.

The first thing we did, after packing up the car and checking out of the hotel for the last time, was to drive over to the Iwo Jima memorial near Arlington Cemetery. 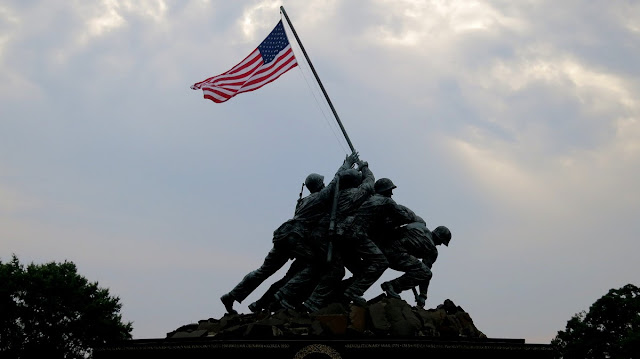 We then turned the Geovan of Destiny out of town, but before we got there we stopped at one more location.  This is the marker that used to be the most western edge of Washington DC.  Originally DC was a square, however for reasons I forget,  the land on the Virginia was returned to the state of Virginia. 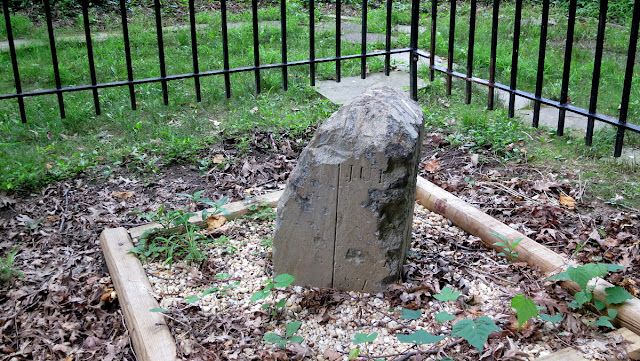 We then hit the Interstate for a while, until we saw signs for the Woodrow Wilson Presidential Library.

I happen to be a distant relative of Woodrow (great great nephew or something like that), so I figured I might as well stop by and have a little impromptu family reunion. Woody says hi. 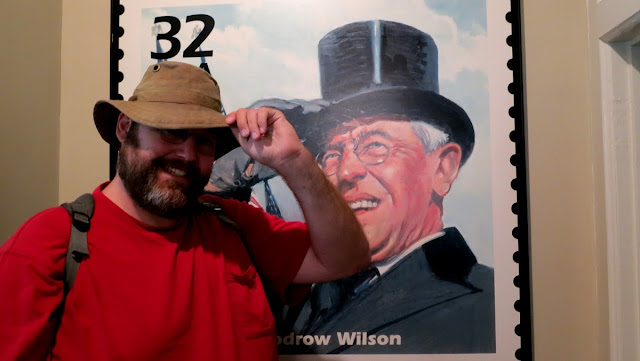 After saying farewell to Woodrow, we drove pretty much straight home.  We arrived home around 6PM.

This has been an epic adventure.  Over the past 3 weeks we have travelled through 11 states, 4 provinces, and 1 district.  We have travelled by car, ferry, bus, subway, boat, and foot. We have seen parts of the world we have never experienced before, made new friends, and hung out with old ones.

All in all, it was an amazing trip.

Status with Choice Hotels after staying with them for 19 nights: Platinum Elite. 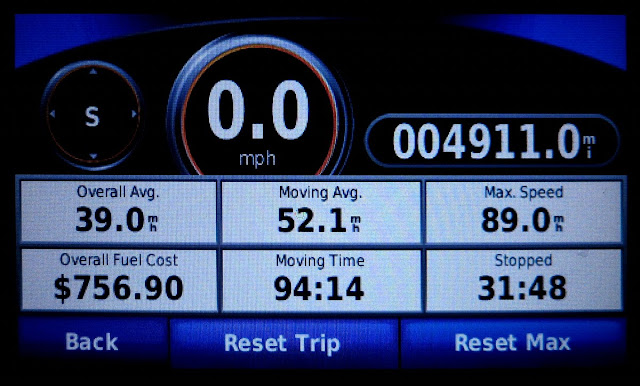 So that was our trip. Thanks for coming along with me! Hopefully it won't be too long before I go on another epic adventure. Until then... cheers!
Posted by Dave DeBaeremaeker at 7:49 AM