Geocaching At The North Carolina Arboretum 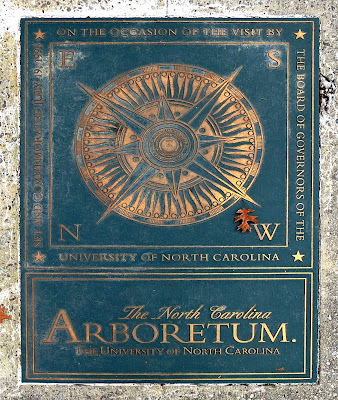 My parents are in town from Canada so we spent the day at the North Carolina Arboretum, nestled in the Blue Ridge Mountains near(-ish) Asheville.

The Arboretum has a bit of something for each of us.  My parents have never visited the Asheville area, my kids could get outside and play on things, I had some geocaching to do and, as it turns out, there was a quilting display for my lovely wifey.

As a bonus, there was a also a display of Lego sculptures for all of us (because the love of Lego is universal).

None of the ladies were overly keen on geocaching, and since we had to take two vehicles anyway, my father and I headed out early to hit the trails.  The rest of the family met us there for lunch.

My father and I arrived at 9:30, and spent the next 2.5 hours hiking the trails, finding tupperware in the woods, as geocachers are wont to do.

There was also a geocaching event today to mark the fact that the Arboretum staff had hidden many new geocaches on the grounds.  Finders of 6 caches qualified for a prize.  As a result there were many geocachers in the Arboretum, and we ended up caching with several of them at various points: 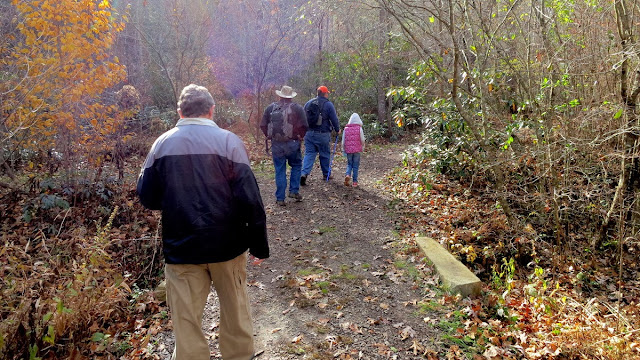 The fall colours are almost gone from the trees, but that just meant a nice carpet of freshly fallen leaves to walk on. 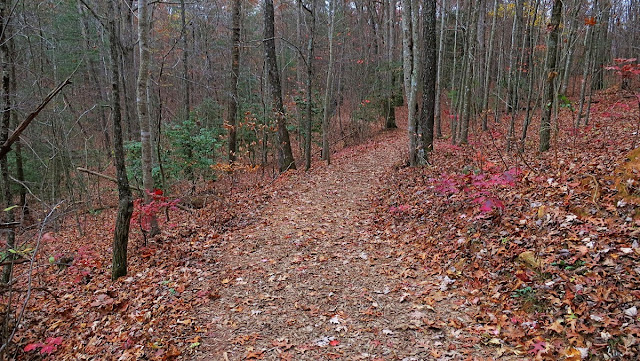 Most of the caches were in easy to find, yet interesting spots, like this cache hidden in the burl of a tree. Dad made the grab like a pro. 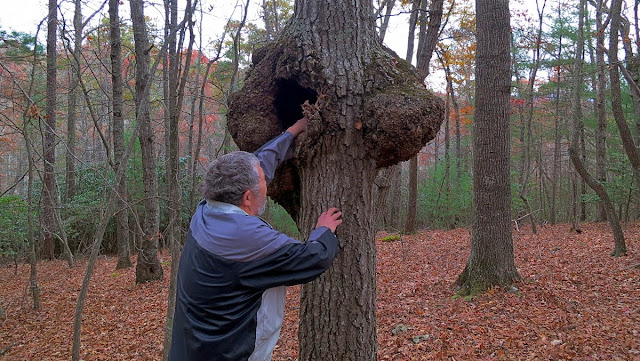 As you can see, from the right angle the cache is easily visible. 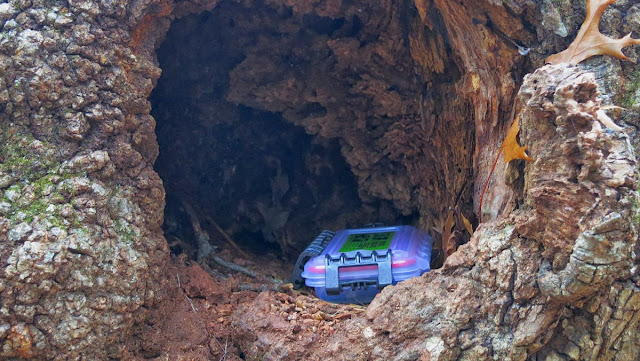 After we found 6 caches we went into the Education Center to claim our prizes.  We had a choice of items, but we picked t-shirts for the kids.

While we were there, I noticed one of the employees had a snake around her neck.  I asked if I could see it, and before I knew it, I was holding a live snake for the first time in my life.  Apparently the snake is named Courney, and she is a corn snake.

My wife took a bunch of photos of me with the snake, but unfortunately none of them turned out.  This is the only one I could rescue, but unfortunately I looks like I am scared (I wasn't).  I was actually talking to it.  I was renaming her Queen Corn The Slitherific. 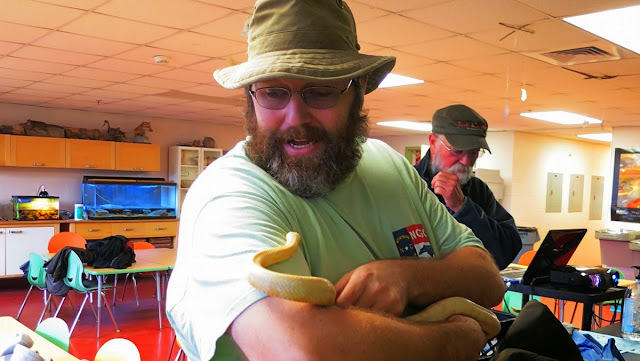 My mother took this photo of me with Her Royal Highness. 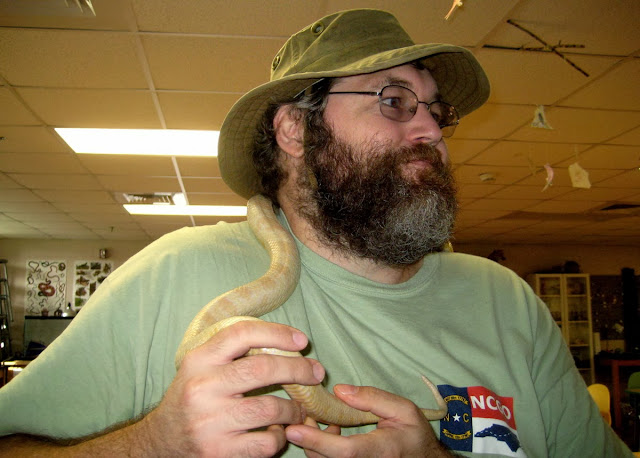 All in all, it was a great day at the Arboretum.  All of us mentioned we wanted to return, hopefully in the spring when the flowers are blooming.

Posted by Dave DeBaeremaeker at 9:14 PM