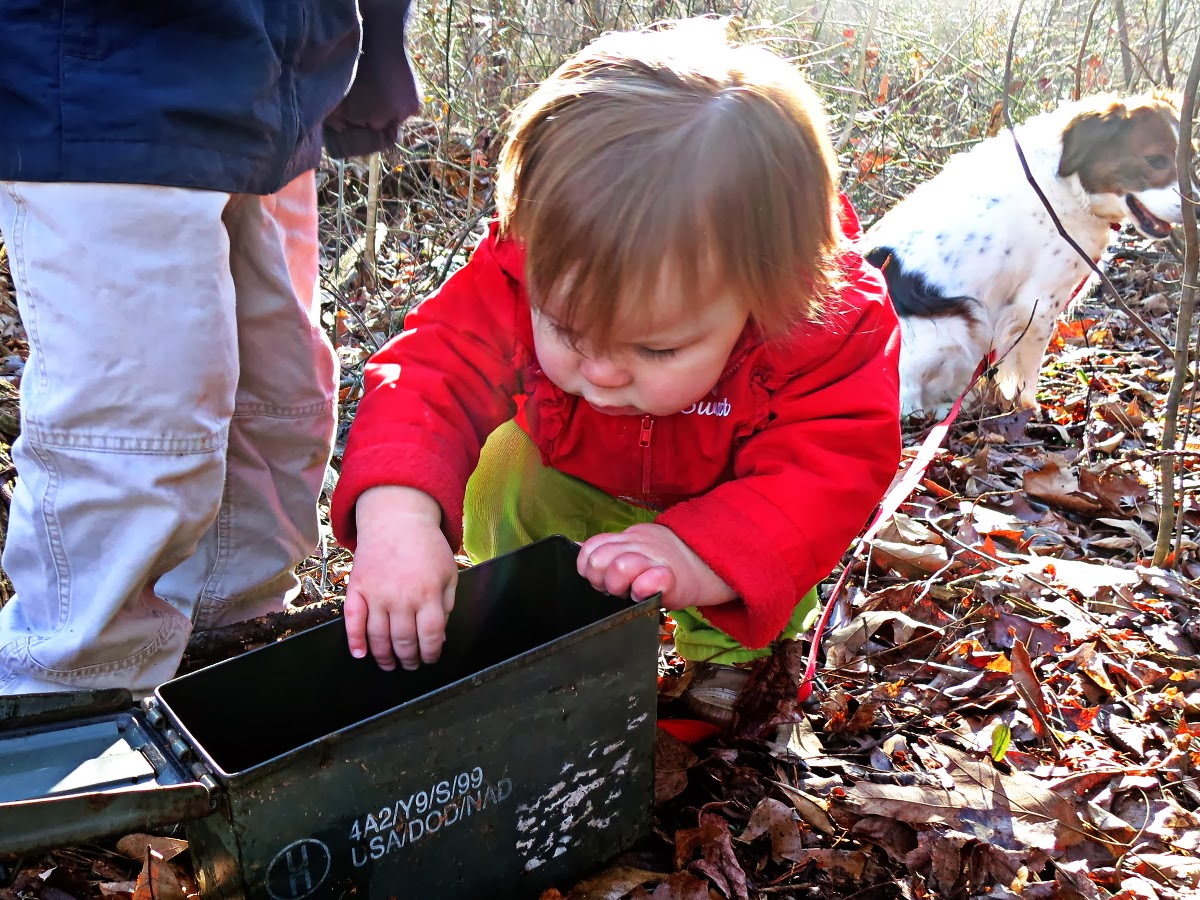 Today was a milestone day in my daughters geocaching career, for it was today that she found her very first geocache.

Not that she hasn't accompanied me on geocache hunts before.  In fact she has already logged 17 events in 5 states (including 2 megas, and a flash mob). I let her log Attended on events because showing up is all that is required. However, I am fairly strict with what I consider a find from my kids. Just being there is not enough.  They have to had taken an active role in the hunt - searching for the cache, retrieving it, trading swag, signing the log etc. In fact this was the second cache I found that day, and even tho she was standing right beside me when I signed the first log it didn't count as a find for her because she wasn't an active participant.

The second cache tho, was a different story.

We started by walking down this really awesome trail.  It was paved, but moss covered.  Abigail was sure to grab some things to use as swag. 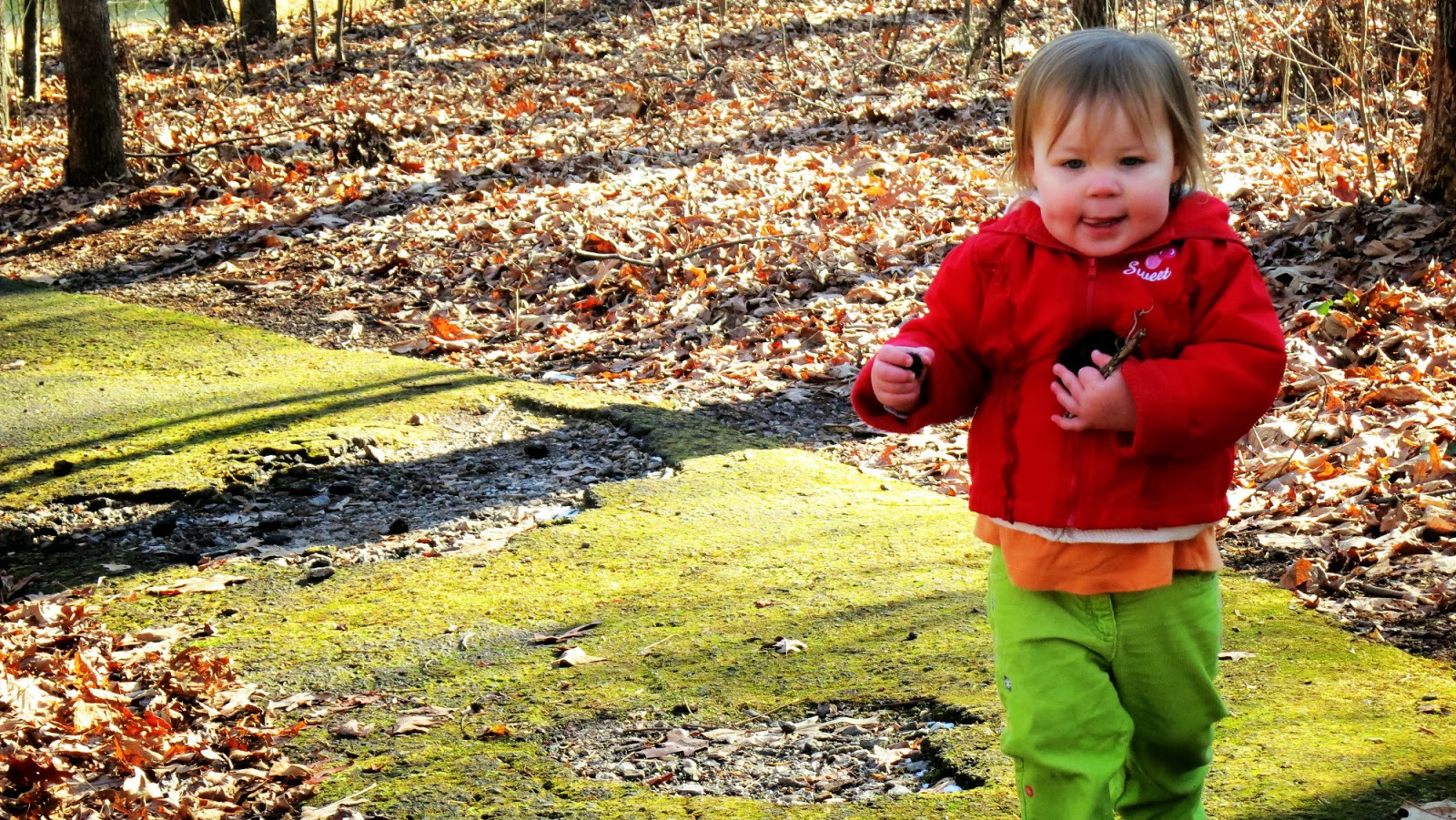 We had a 200ft bushwhack.  It was actually pretty light woods, but when your legs are only 8-10 inches long, and wobbly cause you're 21 months old, even the lightest woods end up being a major bushwhack.

Once we found the cache, her big brother taught her about swag. 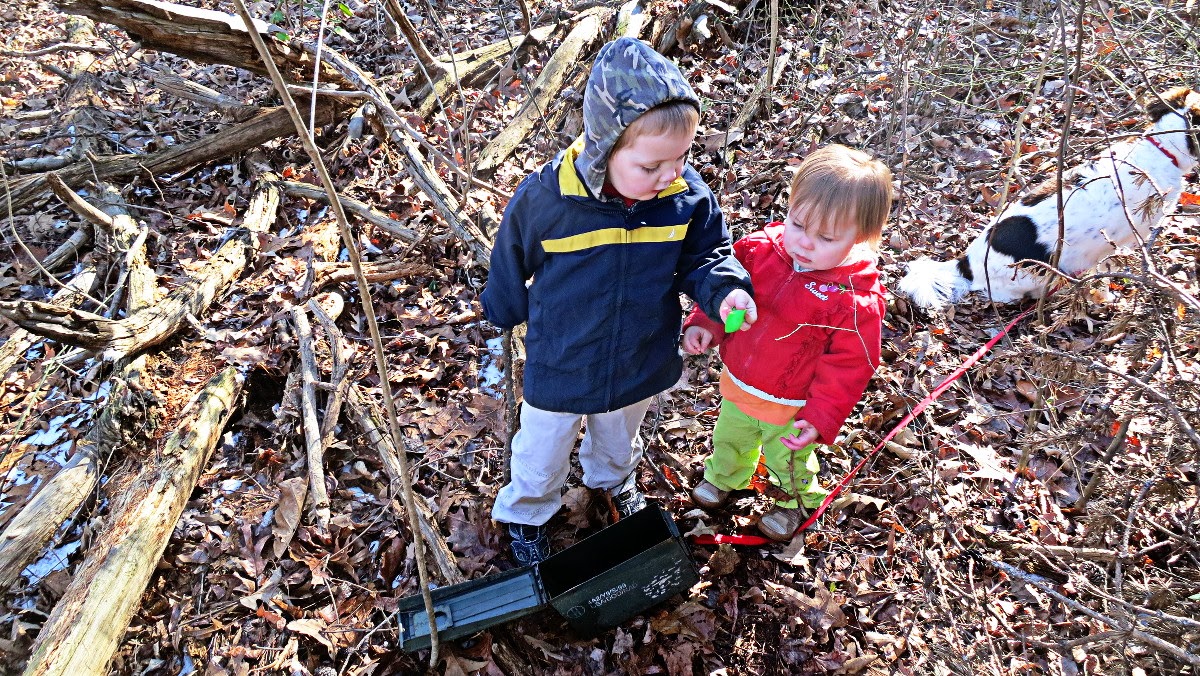 Then she wanted to see for herself. 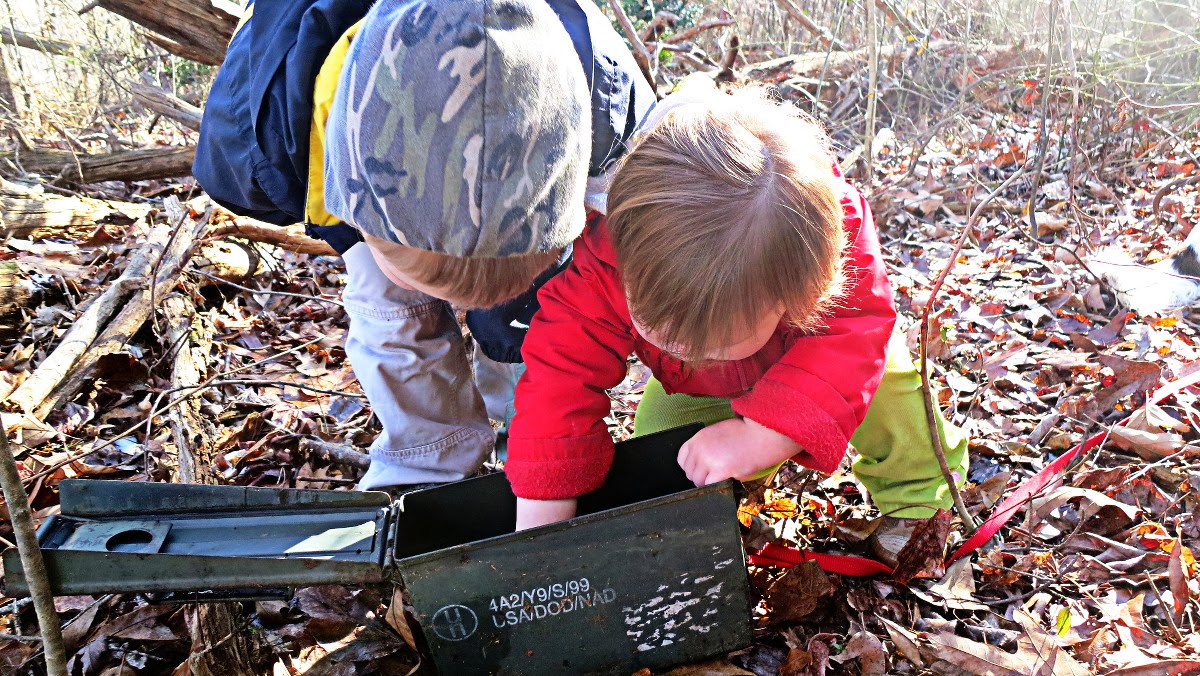 As you can imagine it was a proud father moment for me as I looked on as my kids went through the cache contents. 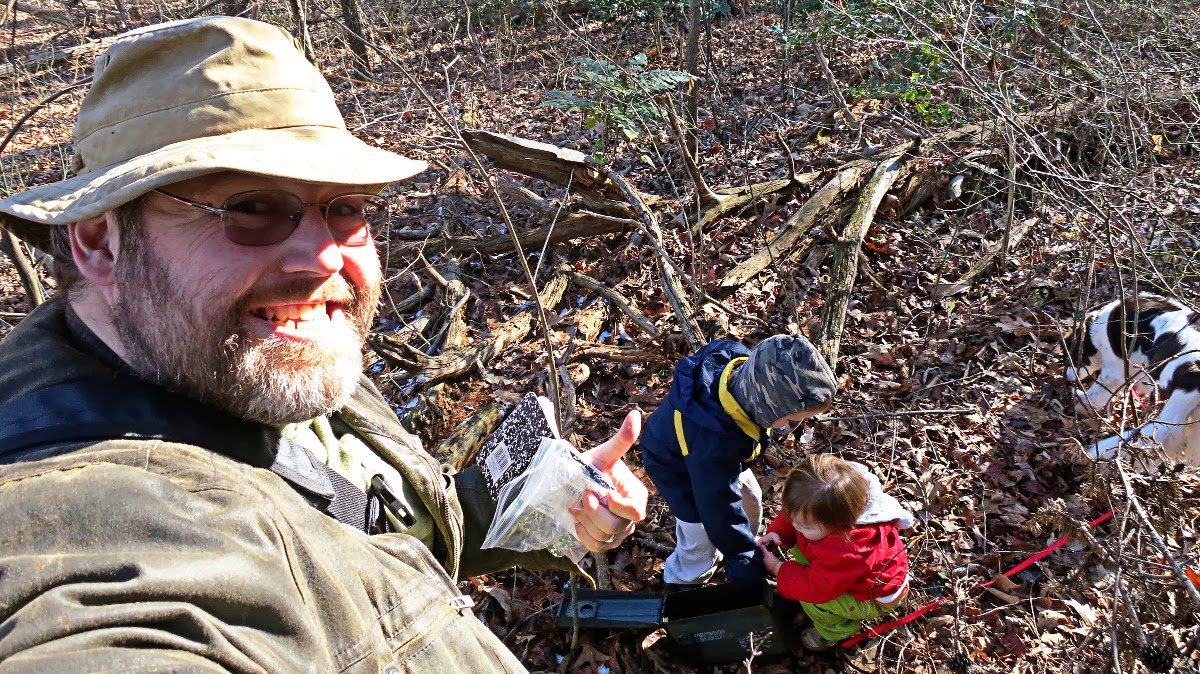 Then we closed everything back up and replaced it better than found.  A bushwhack back to the trail and an hour or so playing on the swings was our reward.

It was a simple day of play and adventure, but it is going down in the history books as the day Abigail found her first cache.