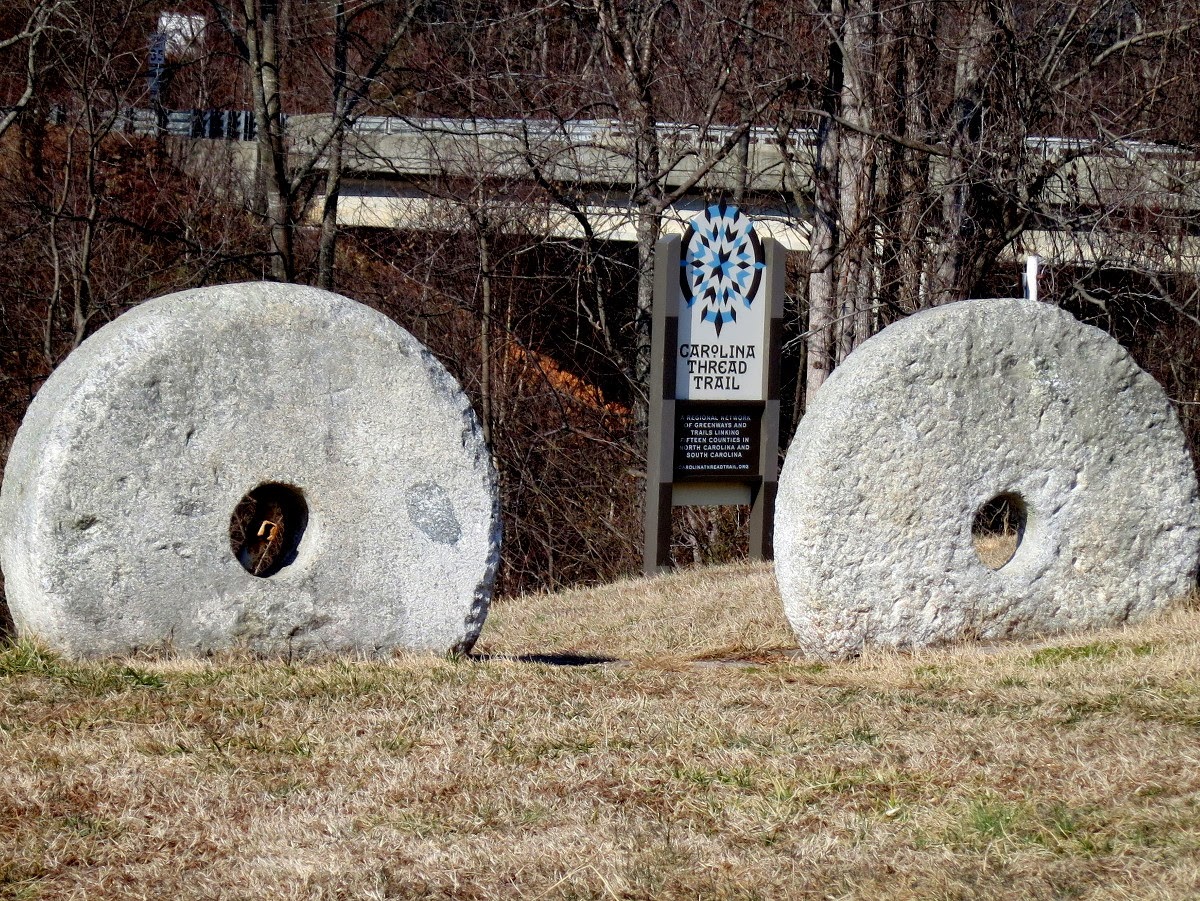 I have been under the weather for the past week. I am not at 100% yet but today I was anxious to get out of the house and go on an adventure.  The place I selected was on the Carolina Thread Trail at Murrays Mill in North Carolina.

The Carolina Thread Trails are a series of trails that run across 15 counties in North and South Carolina.  Typically these trails are interesting, and relatively easy, so it seemed like a great place to get in a hike, and do some geocaching.

The day broke down into two parts.  First was a leisurely stroll along Balls Creek along the Thread Trail.  The trail also skirts along some privately owned corn fields.  The stroll was very pleasant, which was good because I completely failed on finding the cache.  After a 30 minute search I called it quits on the cache.  The trail itself was worth the walk tho. 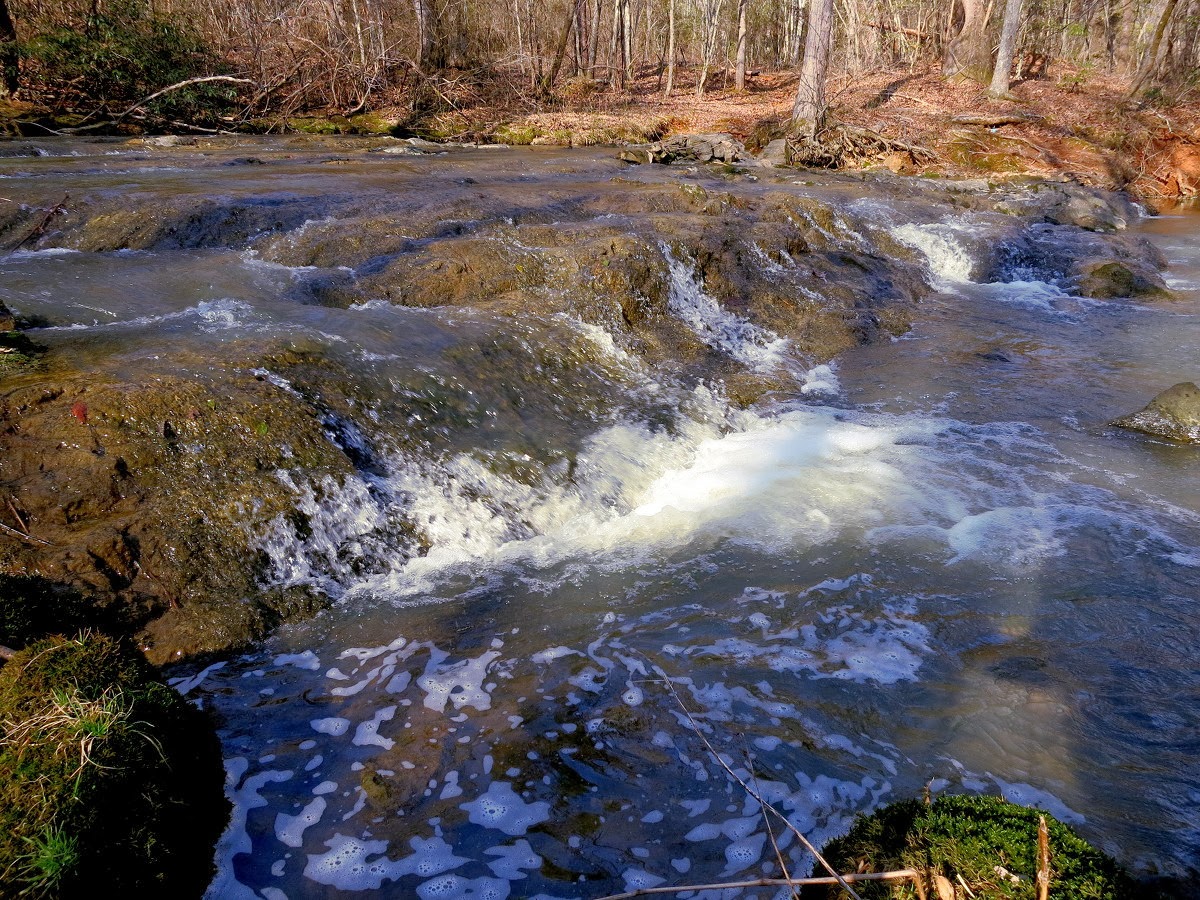 The second cache was across the road from the mill.  The trails connect, but the trail is not a part of the Thread Trail system.  This was evident as the trail quickly faded into the underbrush, and I spent the last 500ft guessing at where the trail was.

The cache was near a small falls along Balls Creek.  My GPSr was bouncing everywhere, and previous logs indicated that the coords were off by up to 65ft.  So I resorted to depending on clues in the logs and the hint, and using my geosense.

It was a tough grind, but I stuck in using nothing but raw determination to not go home empty handed.  It took me 65 minutes, but I eventually found the cache.  Relieved I signed my name to the log, and headed back to the van.

So it was a good day. Along the way I saw some interesting sights, starting with Murrays Mill itself. 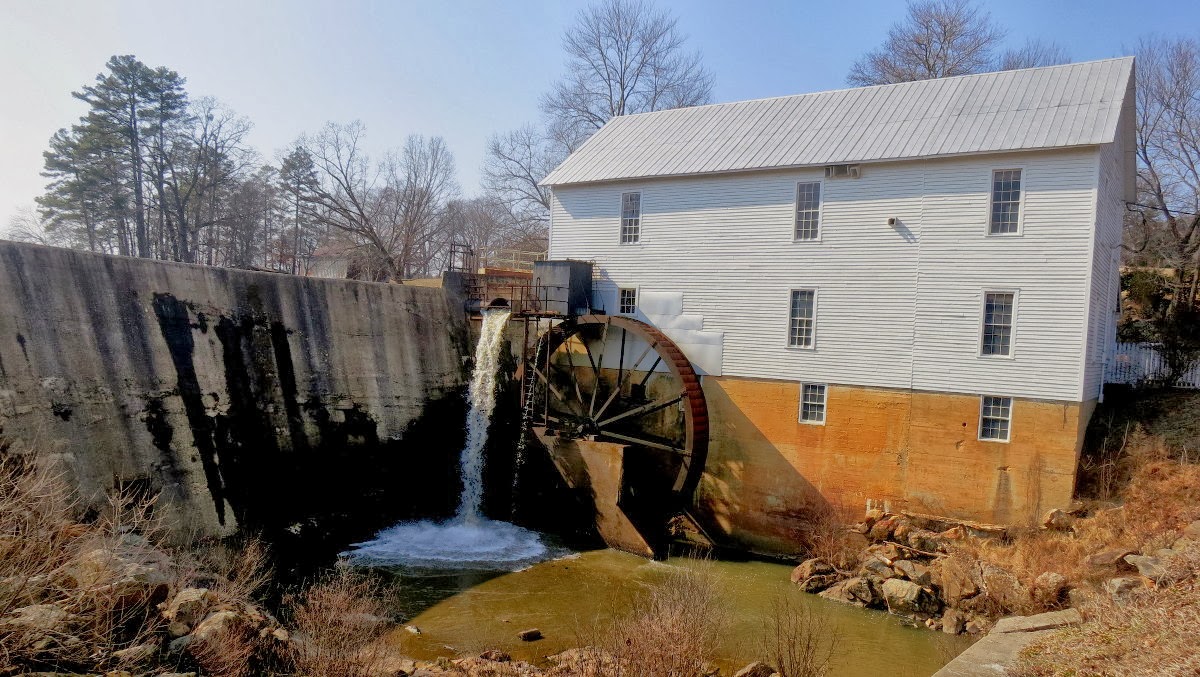 At the mill were also some old homesteads. Some looked like fairly new but abandoned houses, others, like this one, looked much older. 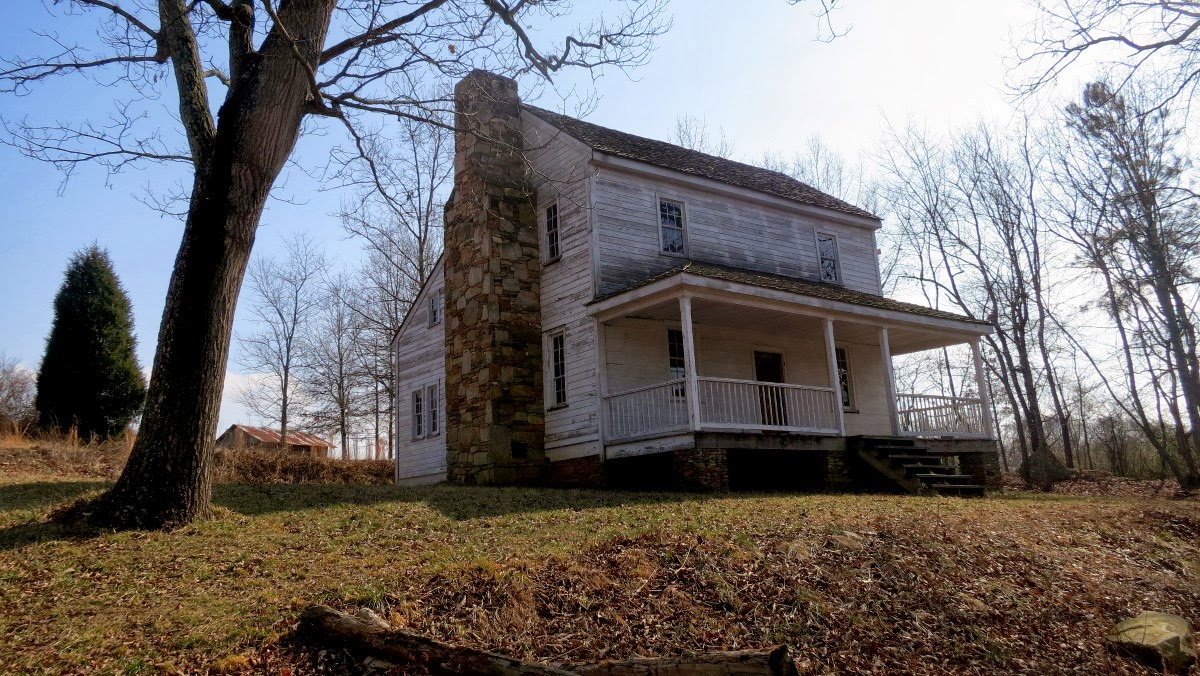 One interesting piece of history was that the cornfield I was walking along was the same cornfield that Junior Johnson, famous NASCAR driver from the 50s, used to get his corn that he used to make moonshine. 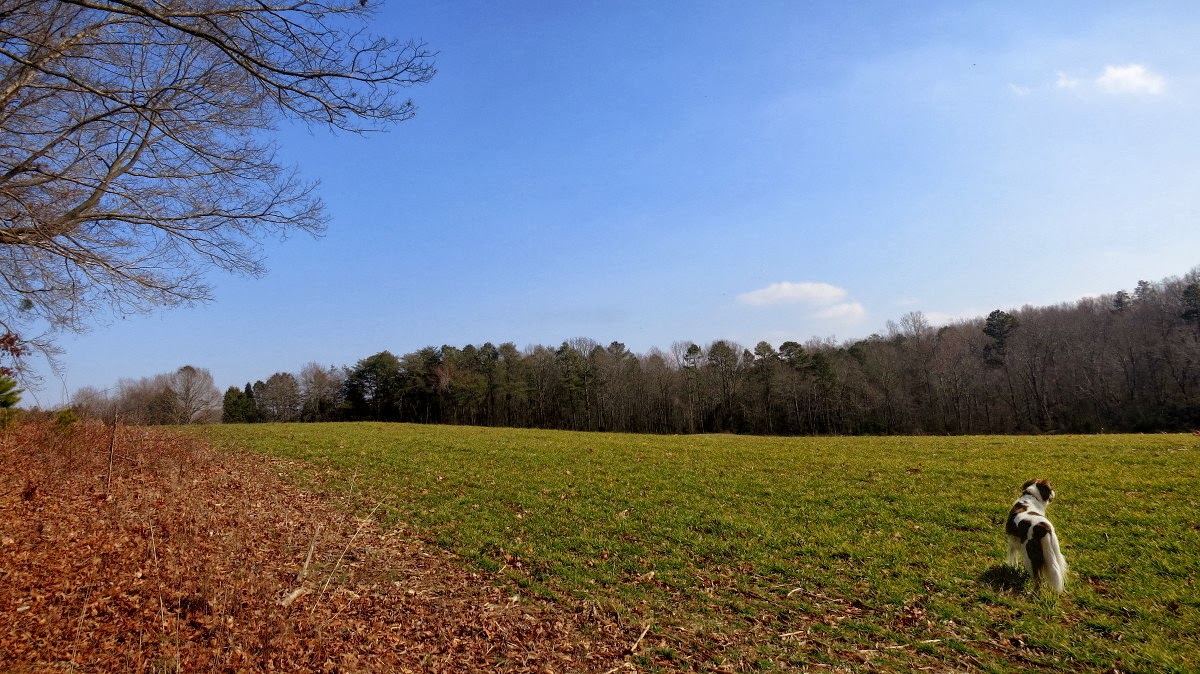 Now I am not a NASCAR fan in the slightest, but Junior Johnson was also a bootlegger, which means part of his story was the inspiration for the Dukes Of Hazzard, something every boy child of the 70s and 80s cares about. 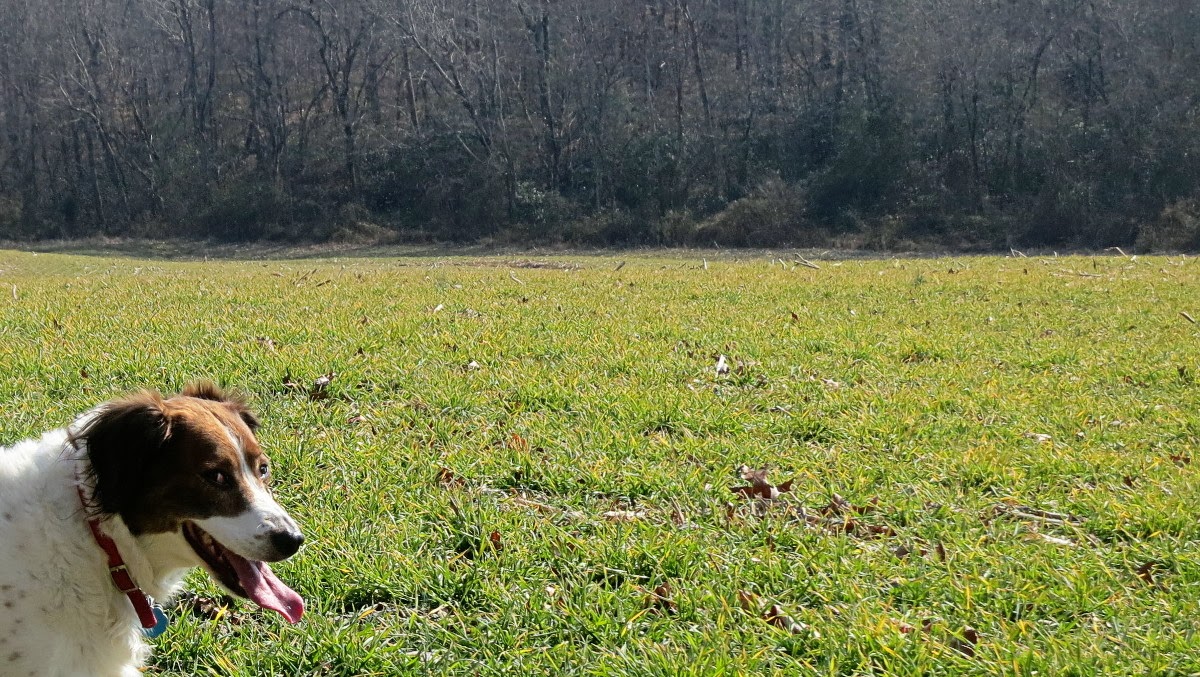 Near the falls at Balls Creek I saw something I had never seen before. So, you know how when some trees fall their roots bring up a lot of dirt with them? (sure you do!).  I have seen this hundreds of times - 5 times today in fact.  What I have never seen is two trees that fell in opposite directions from the same spot, in exactly opposite directions.  Thats what this picture shows. 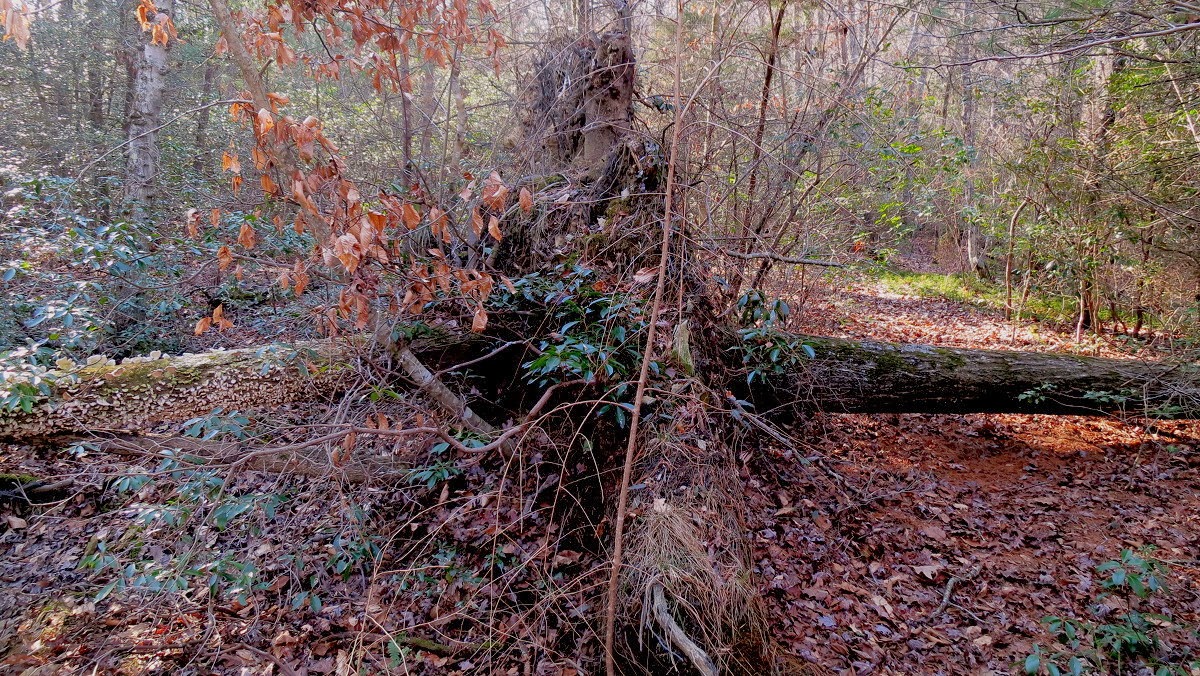 I can't even imagine the mechanics of how this formation came to be. It is truly a wonder of nature.

Another wonder of nature is this carpet of greenery over the leaf littered forrest floor.  It was a lot of green for still being early February. 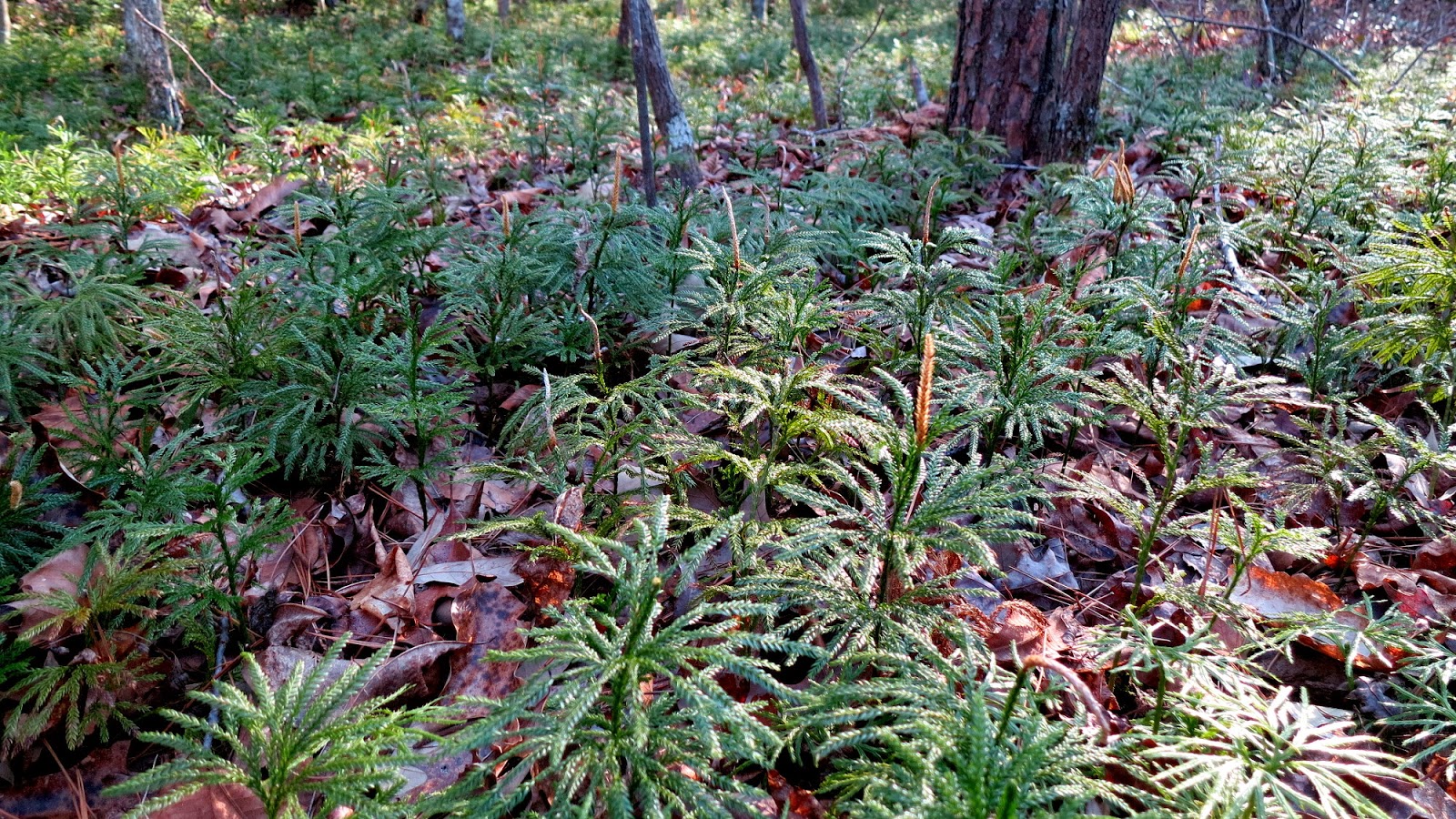 So that ends my little adventure.  Really, not a bad way to spend a Sunday afternoon.
Posted by Dave DeBaeremaeker at 10:51 PM