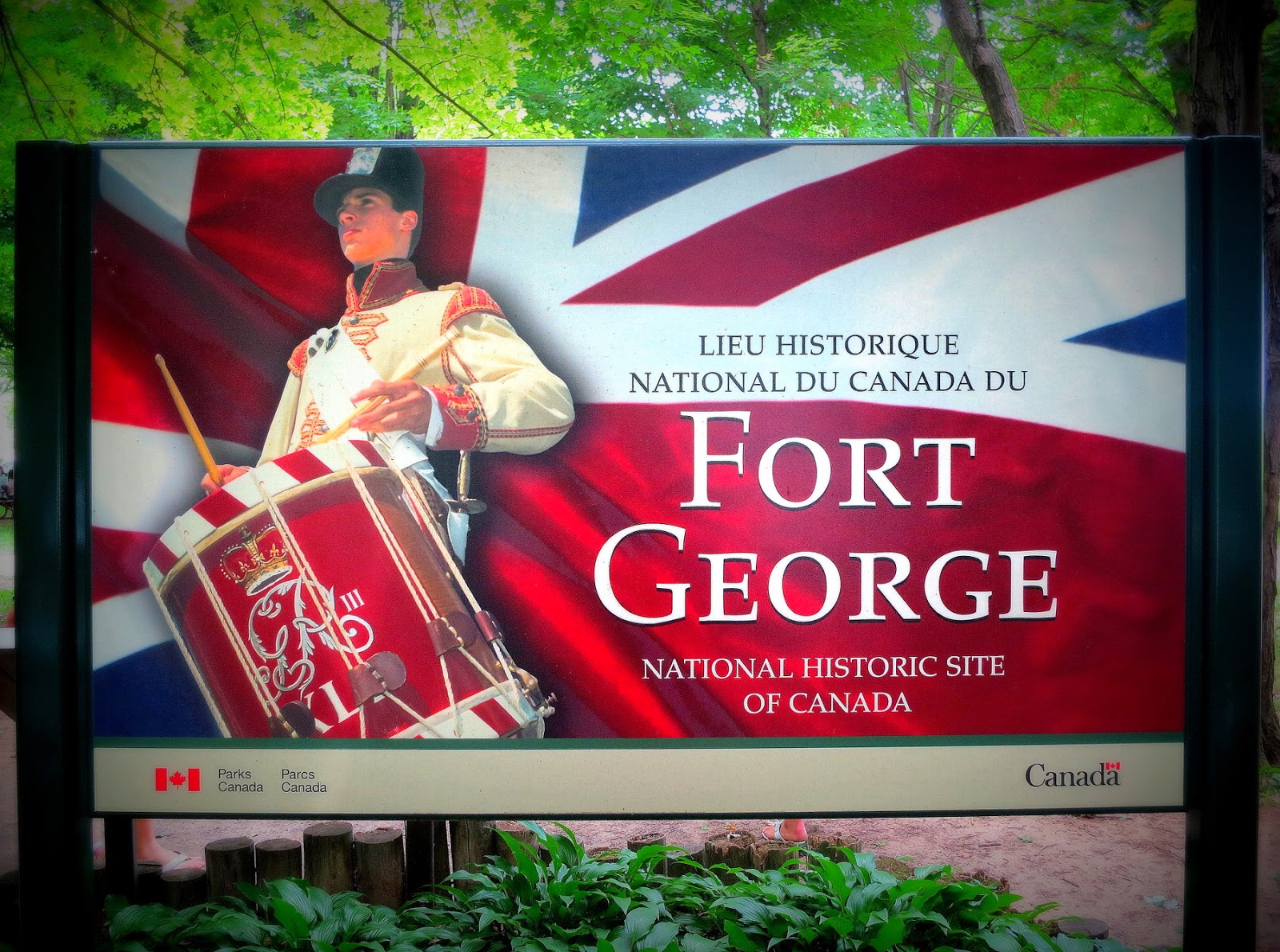 This year we found ourselves in Canada on Canada Day, so we celebrated with some friends by visiting the historical site known as Fort George.

For my non-Canadian readers, July 1st is Canada Day, which is a national holiday that commemorates the singing of the British North America Act in 1867 which united the three colonies and created Canada as a country.  Think of it as July 4th, but without the war.

Not that Canada's history is battle free. There were many battles and skirmishes during Canada's history before 1867. Many were between the colonies, but the most notable was with the United States during the war of 1812.

Fort George was one of the British forts used during the War of 1812.  It was captured by the US in 1813, and recaptured a few months later.

The fort is mainly made of earth works shored up with logs.

The fort looks over the Niagara River, and is intended to make crossing the river as hard as possible.  This is a forward outpost used for monitoring the US side of the river.  There is a stone lined tunnel running from this post to the main fort. 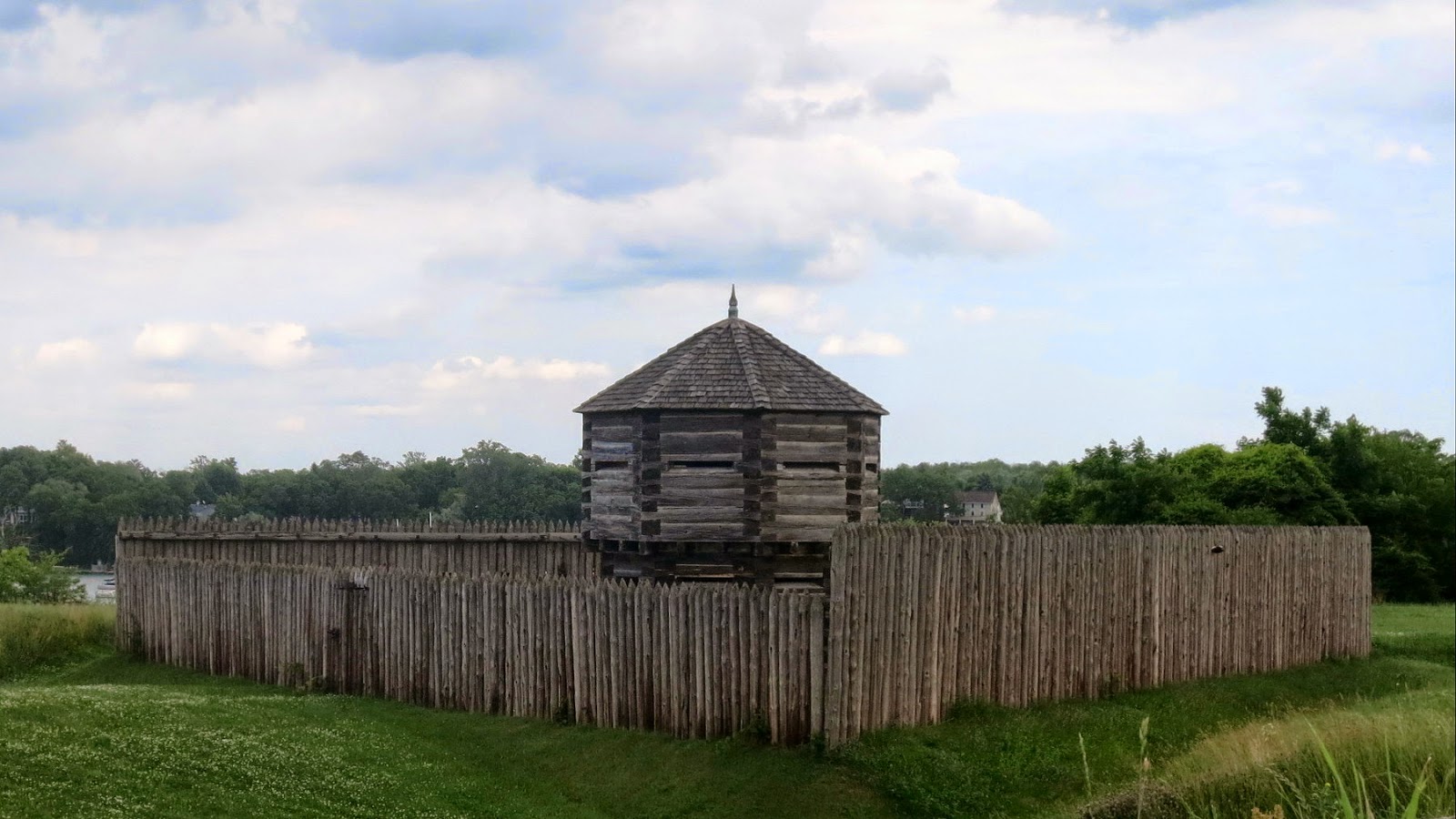 Most of the volunteers manning the fort today were in period dress. There were several demonstrations about life in the fort, from how they made food, to how they conducted warfare. 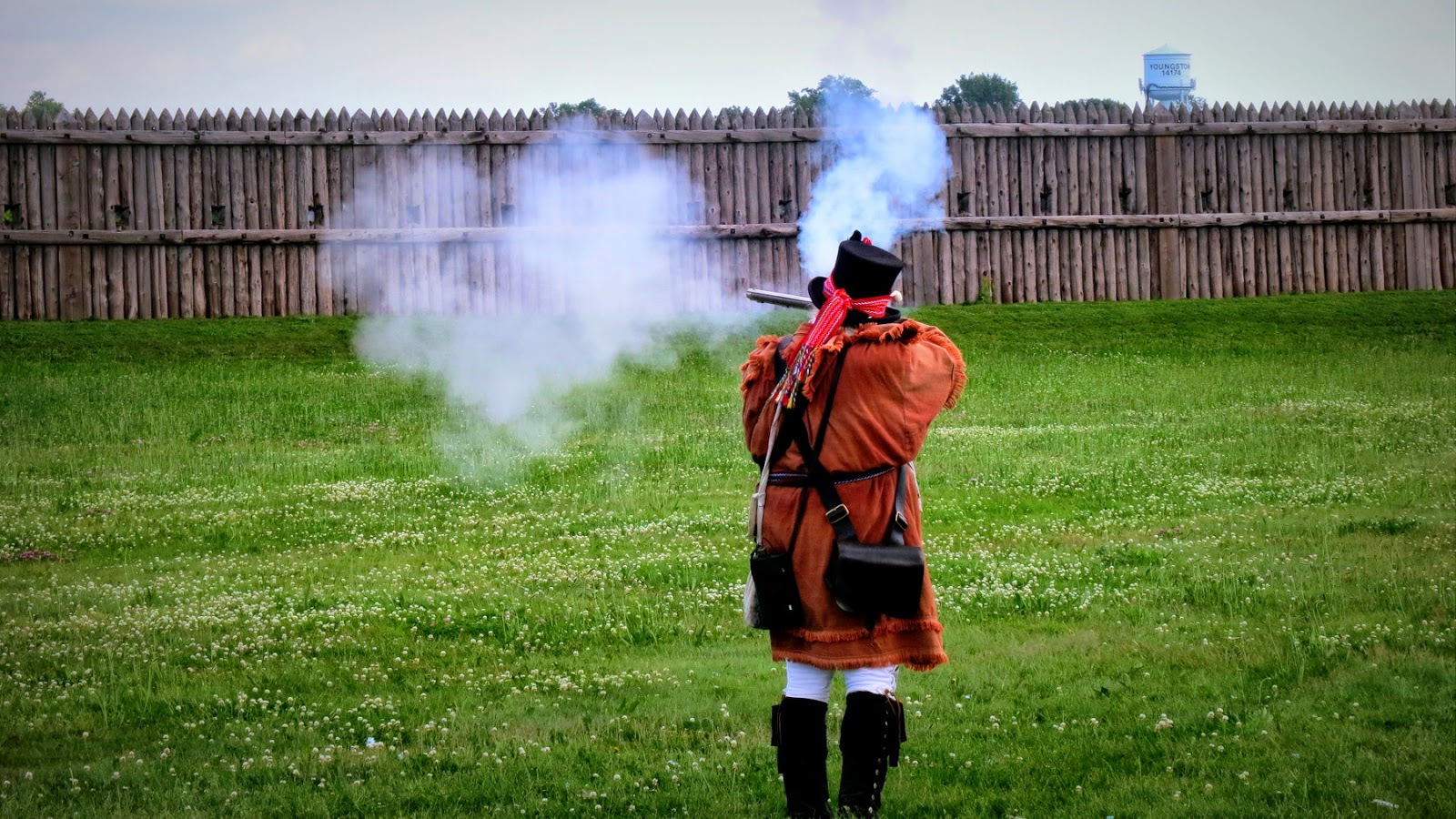 The musket demonstrations were the most dramatic.  A fellow dressed up as a British soldier and a fellow dressed up as a Militiaman gave demonstrations on how the soldiers handled their weapons. One thing I learned is that the purpose of the brightly coloured uniforms were to keep track of each other.  Black powder muskets produce a surprisingly large amount of smoke, so when a battalion of soldiers fire their guns all at once they quickly get lost in a fog of smoke.  In the style of warfare of the time keeping track of your own forces was a lot more valuable than hiding from the opposing forces. 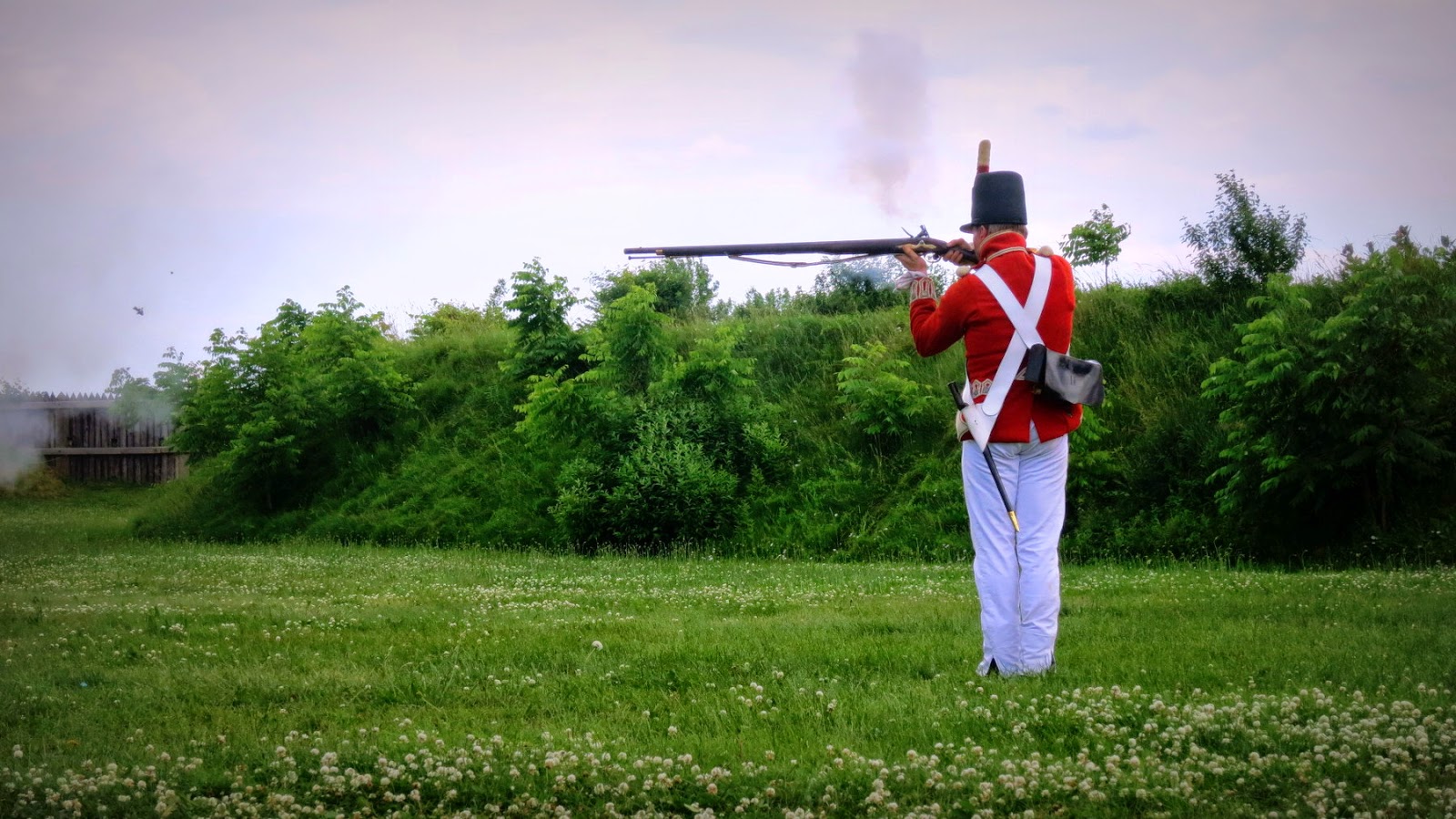 Another thing I learned is that the British muskets were not rifled, whereas the Militia used mainly rifled muskets.  The Militiamen had a much more accurate shot, but the British depended on a wall of lead.  The defense of Canada was lead by the British, but they were vastly outnumbered, and would have completely failed if not for a large militia force, as well as a lot of assistance from the local native indians. 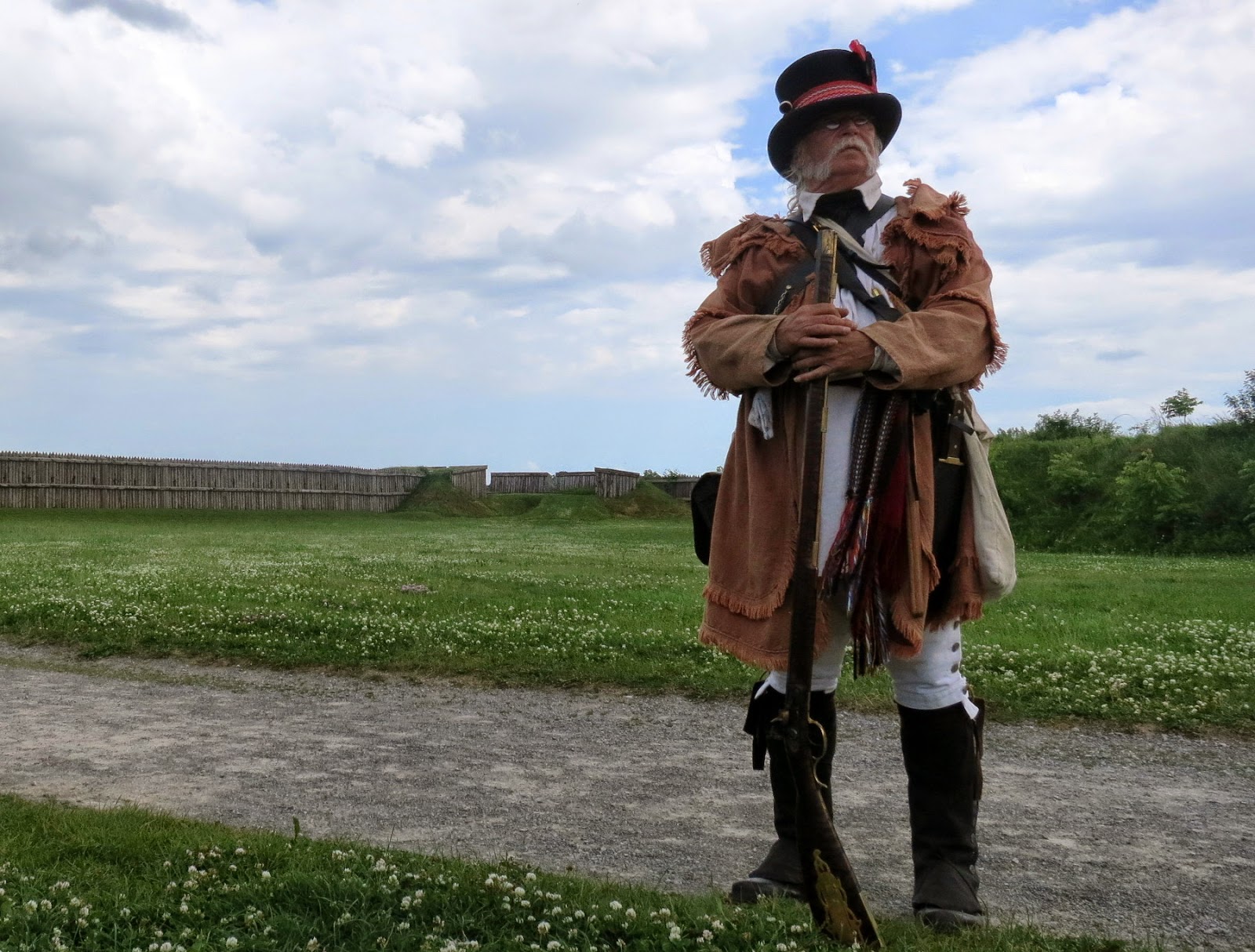 As it stood, I don't believe too many battles occurred when the Canadian defenders were not dramatically outnumbered (tho it didn't stop us from ultimately repelling the invaders, and setting fire to the White House - which is why its white - you are welcome.)

A visit to an historic military base would not be complete without a formation of soldiers. Fortunately they had one of those too! 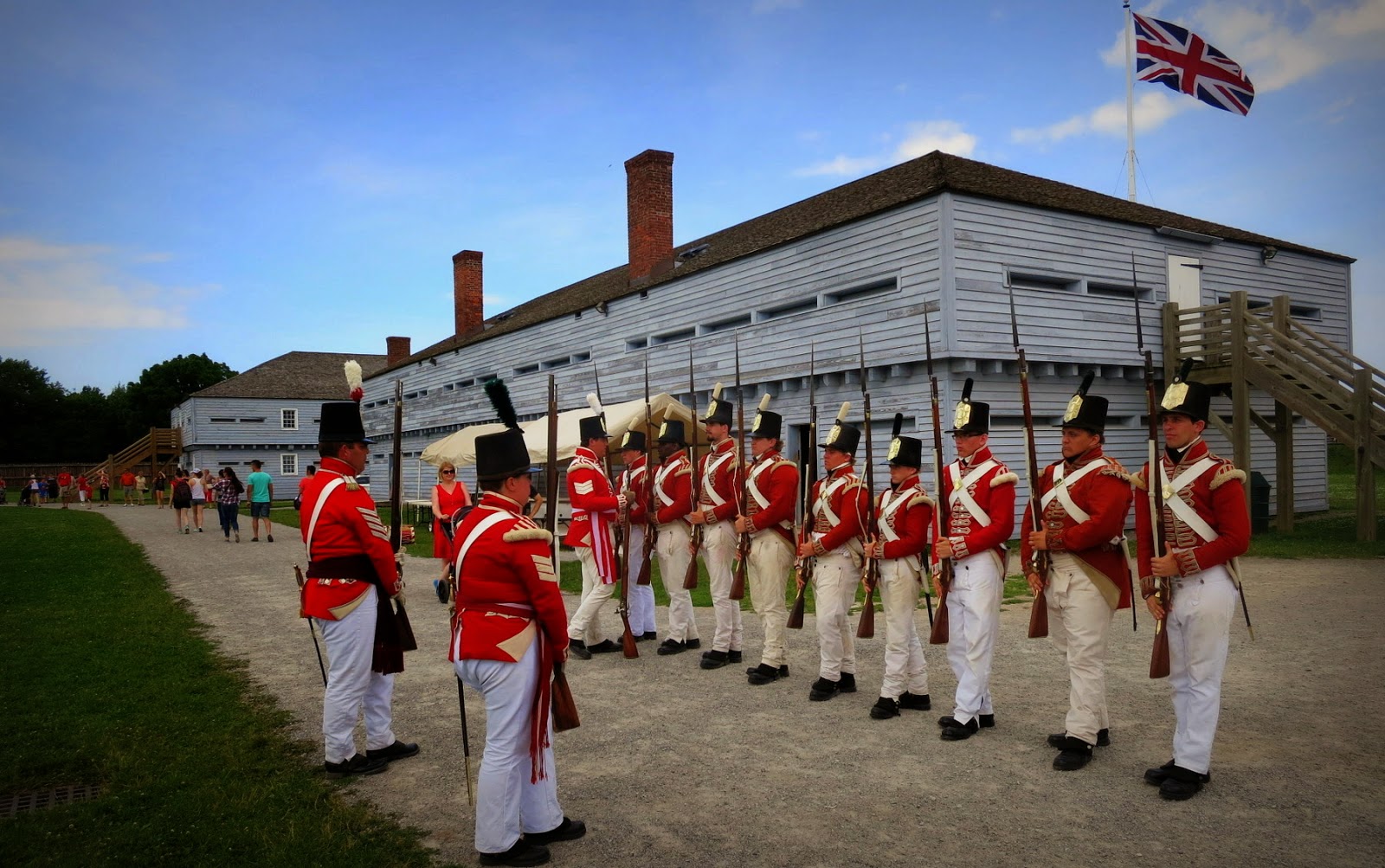 One of the activities was for us civilians to get a chance firing a black powder musket.  The musket was loaded by one of the volunteers, which was handed to me to shoot.  I did an historically accurate (in my opinion) commemorative dance, then took my shot.

Note that I was dressed in a Sergeants uniform.  I like to think I deserved the promotion, but in reality it was due to that being the only uniform that fit the larger sized gentleman.

I got to take two shots, which I took while picturing a line of damn dirty Yankees standing in front of me. (Don't worry, my American friends, I shook my fist at the damned British empirical menace 3 days later on July 4th to make up for it - fair is fair).  I am pretty sure I got the guy third from the left.

So that was my experience at Fort George.  I have always found the history around 1812 to be fascinating - one of my child hood heroes was Sir. Isaac Brock, the British general who defended Canada at the beginning of 1812, before being killed at the battle of Queenston Heights.

It is always a good idea to reach out and touch history. It reminds us of where we've come from, and how good we have it today.  Fort George was a great way to touch a part of my heritage.  Thus today was a good day.
Posted by Dave DeBaeremaeker at 9:07 PM