The group photo from the COG Cache Theory mega event has been released:

We're in the back right.  If you can't spot us, this blow up will help (thanks to the COG folks releasing a hi-res version of the photo - its annoying how many events only release a low-res version, which doesn't allow for zooming - so one more feather in the COGs already full hat of awesome): 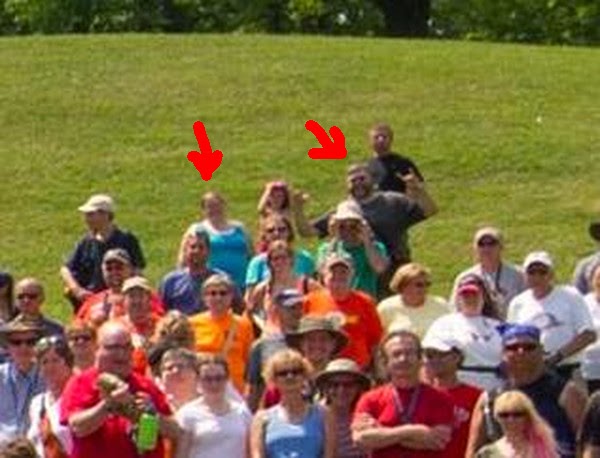 And finally, this amusing Google AutoAwesome'd panorama shot I took of the folks gathering for the photo.  More proof that our upcoming robot overlords need some fine tuning before they conquer humanity.

Posted by Dave DeBaeremaeker at 9:53 PM