**SPOILER WARNING** Normally when I do posts like this I take care not to reveal the name or location of the caches in question.  However since this is all about the COG 10 Mega Event lab caches, it is hard to obfuscate those details.  If you haven't found them yet and plan on caching near Tottenham Ontario, you may wish to skip this post. 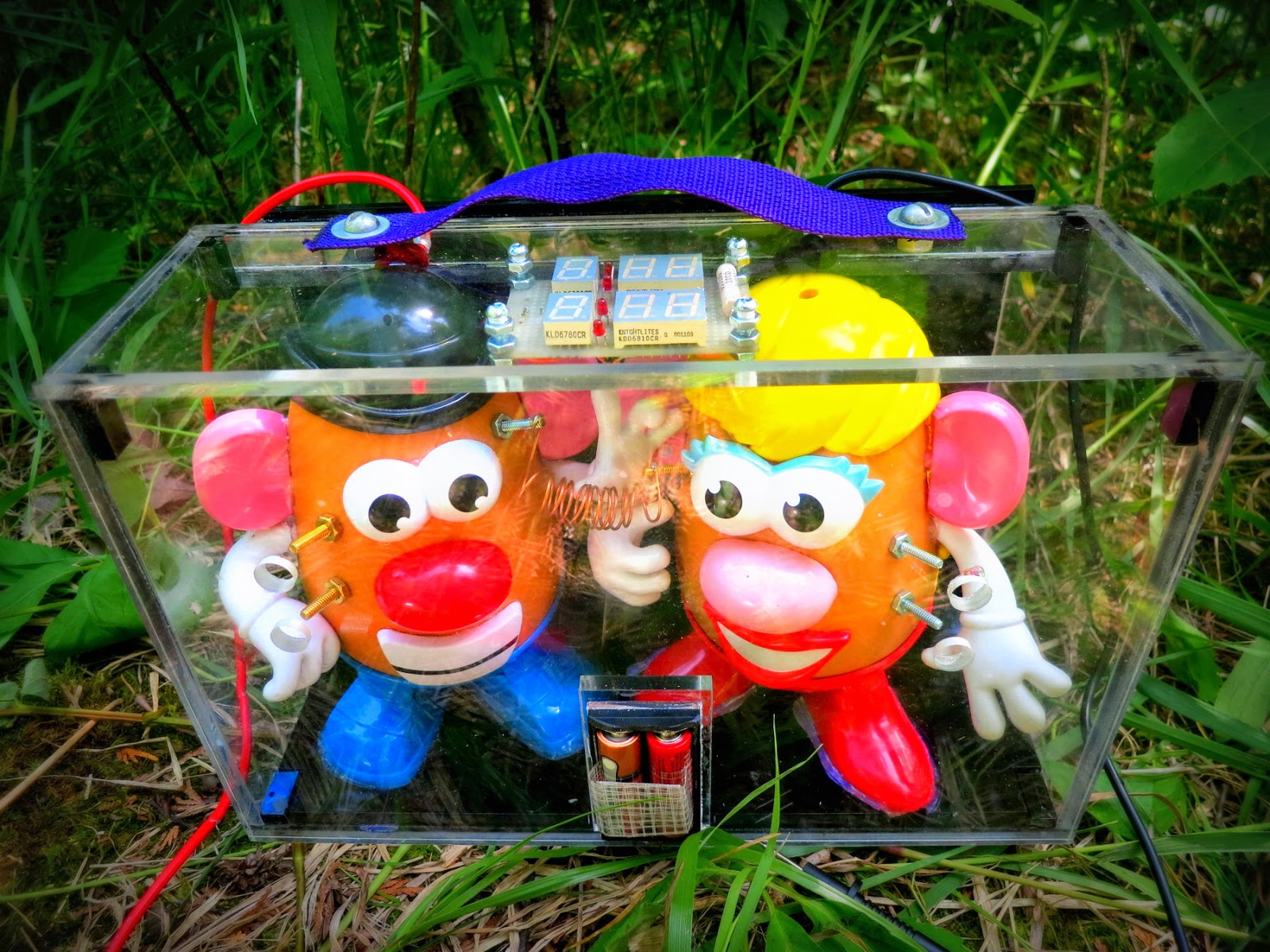 This year was called The COG Cache Theory, and was based off of the sitcom called Big Bang Theory (if you are not familiar is about the hijinx of a group of 30-something ultra geek scientists, engineers, and one recovering wanna-be actress).

This proved to be a great theme as it led to a lot of creativity.  The organizers release 40+ caches for the event, plus 8 lab caches, all of which were themed around the show - physics and comedy - what could be better?  (not to mention the awesome thematic thread of lab caches themed around a show partially located in laboratories)  The following are the highlights of a few of the lab caches that were placed.

The first is a ball pit (yes, Benignsource, its a "pit" :)).  One had to find the right ball in the bit to grab the code to claim the lab cache (lab caches are claimed by entering a code word, not by signing a log).

This next one was themed after historic computer failures. The final (reachable only after fording a deep stream, and hiking up a hill and thru the woods), is a complete computer.  Adding the circuit boards to the container was a nice touch.  Update:  This cache was not a lab cache, tho it was placed for the Mega.  It is, in fact, a Whereigo. 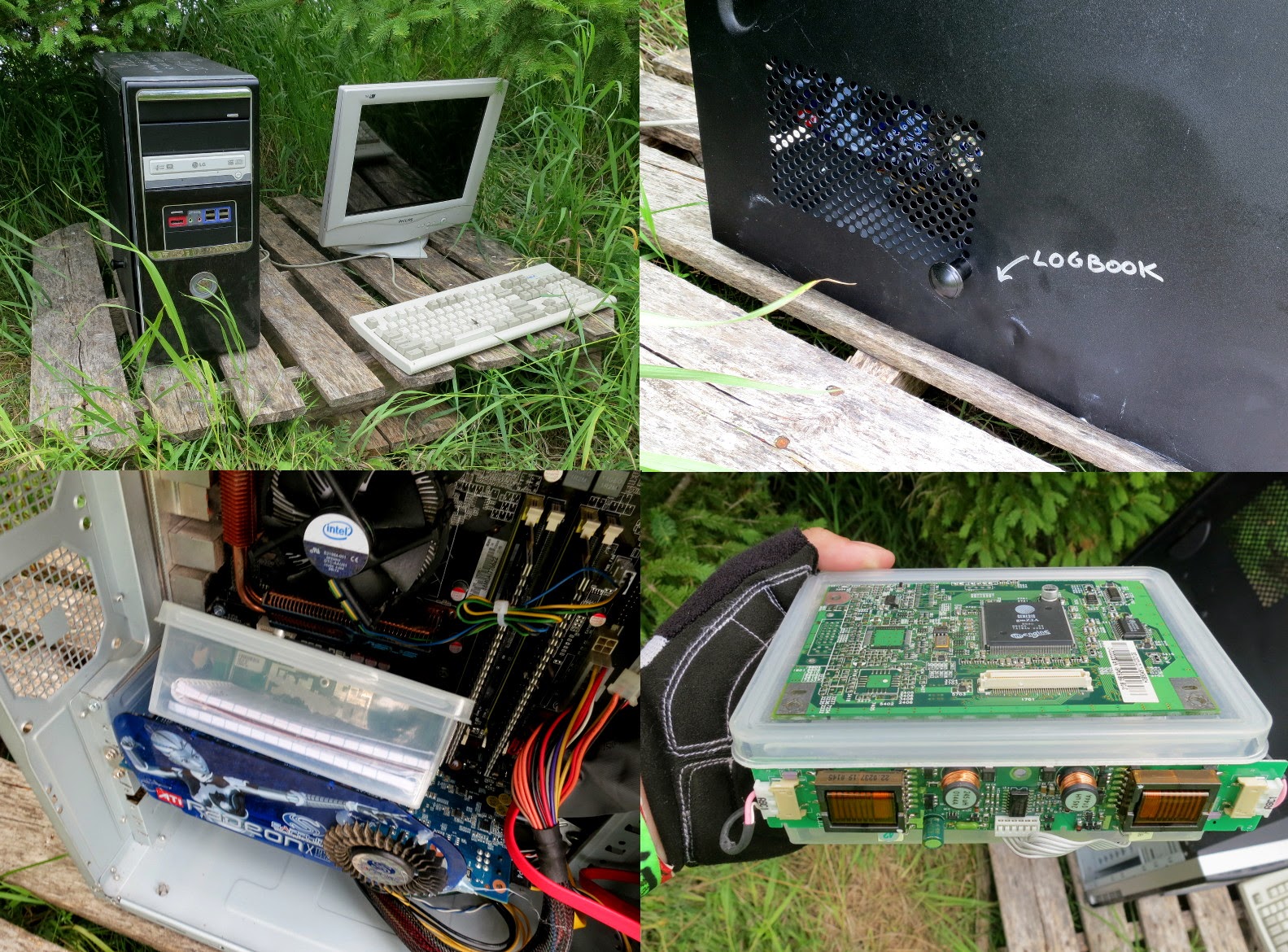 This next one involved properly refracting light to get the log compartment open. 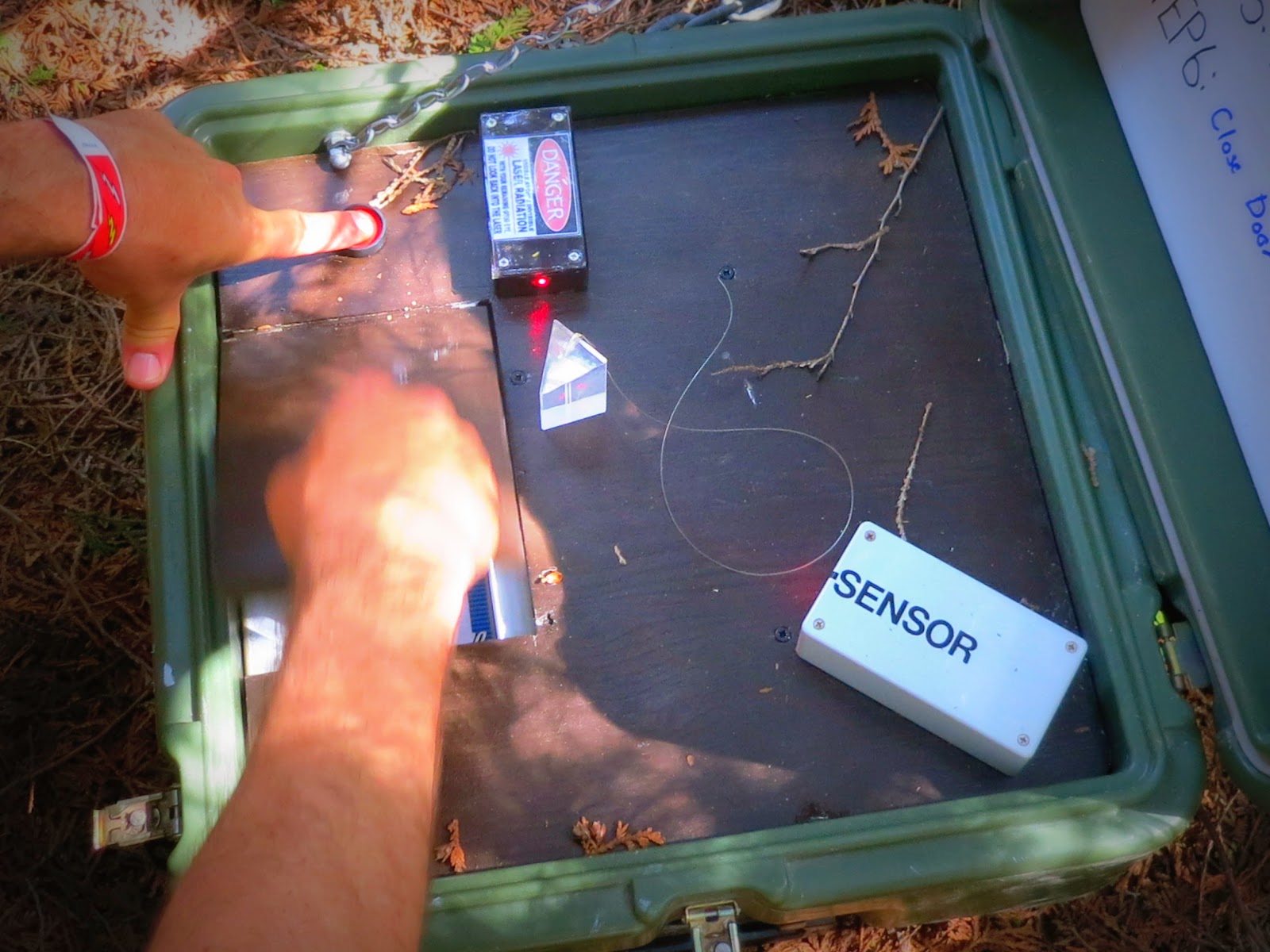 This one was a play on the infamous "powering a lightbulb with a potato" experiment.  Clever application of the probes (no, don't go there), revealed the clues to the final code word.

This last one is a play on the Rock, Paper Scissors, Lizard, Spock game. Winning the game gets you a smiley. 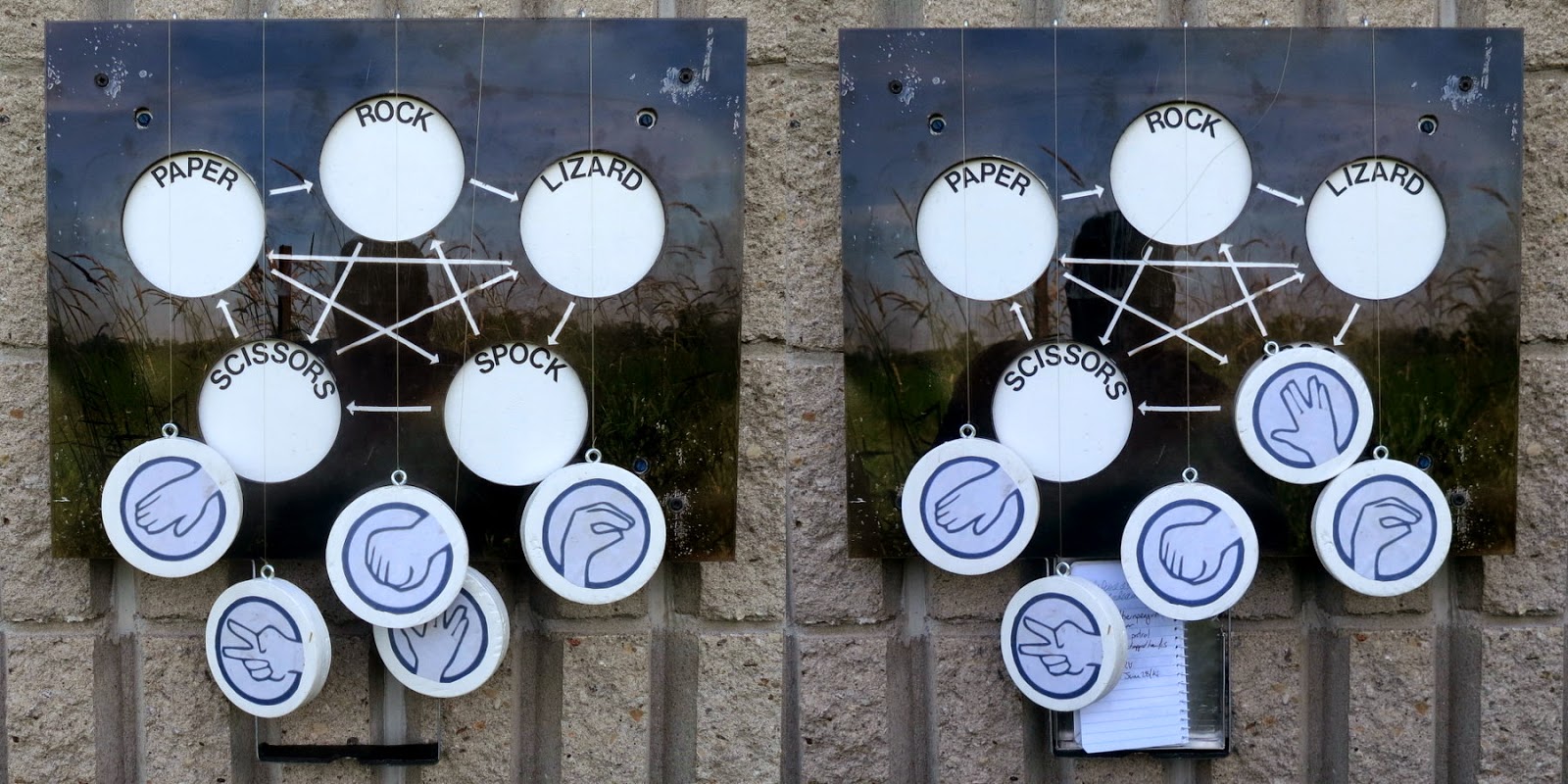 These are just a few of many I did at the event. Thanks to the COG folk for placing these awesome caches - they really made a good time great, and made the weekend all the more memorable.  Job well done!
Posted by Dave DeBaeremaeker at 4:38 PM