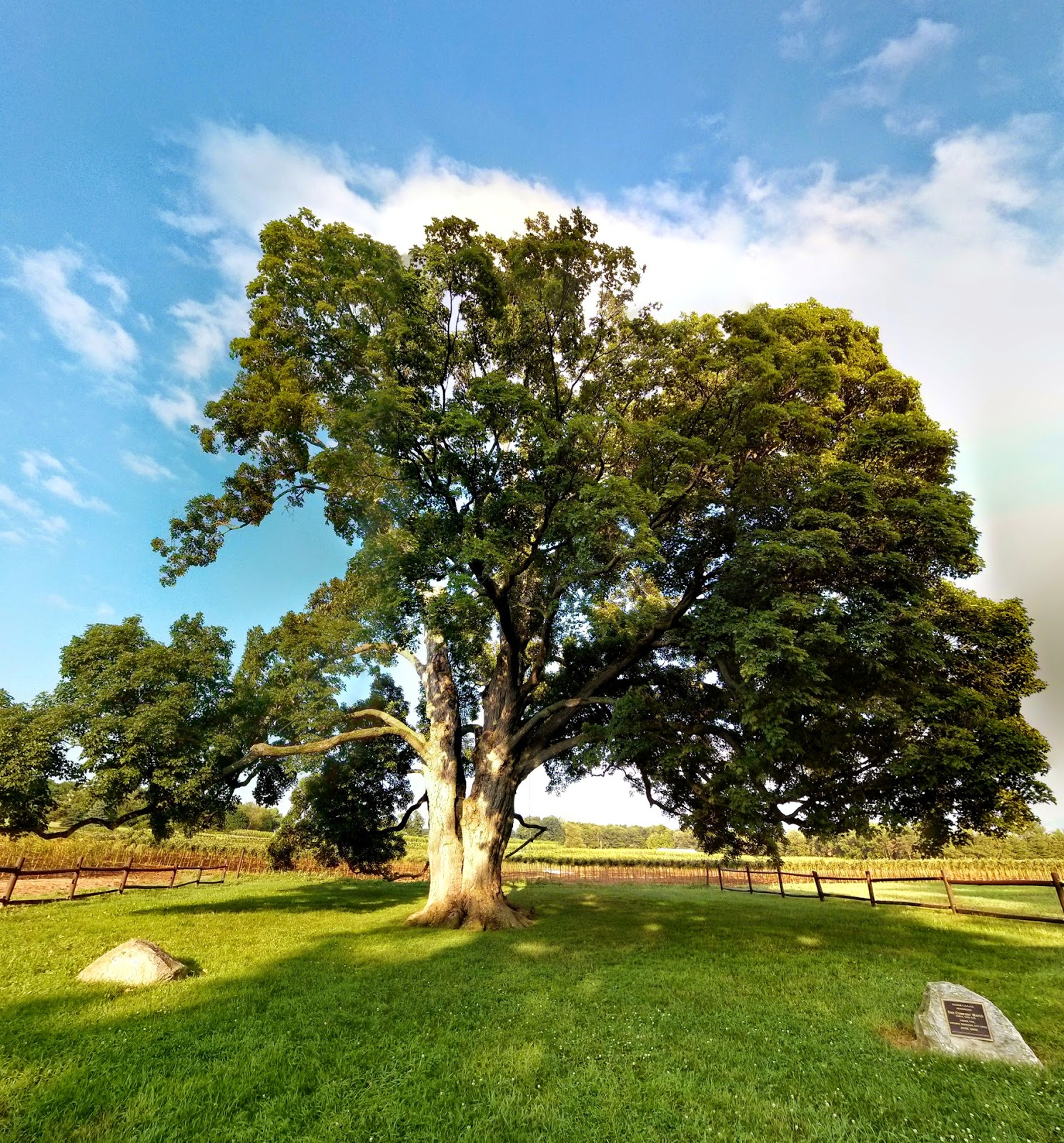 This tree is one of the oldest living things in Canada. At an approximate 500 years of age, this single sugar maple tree is 3 times older than the nation it now resides in, and was almost 100 years old when the pilgrims landed on Plymouth Rock.

The Comfort Maple, named after family who purchased the land in 1816, now resides on a one acre public accessible plot of land surrounded by a farm in Pelham Ontario.

It is also home to a geocache, that has been missing the last few times I've been to Canada - I finally put my name on the log in July.
Posted by Dave DeBaeremaeker at 8:02 PM