The Tale Of The Wayward Travel Bug 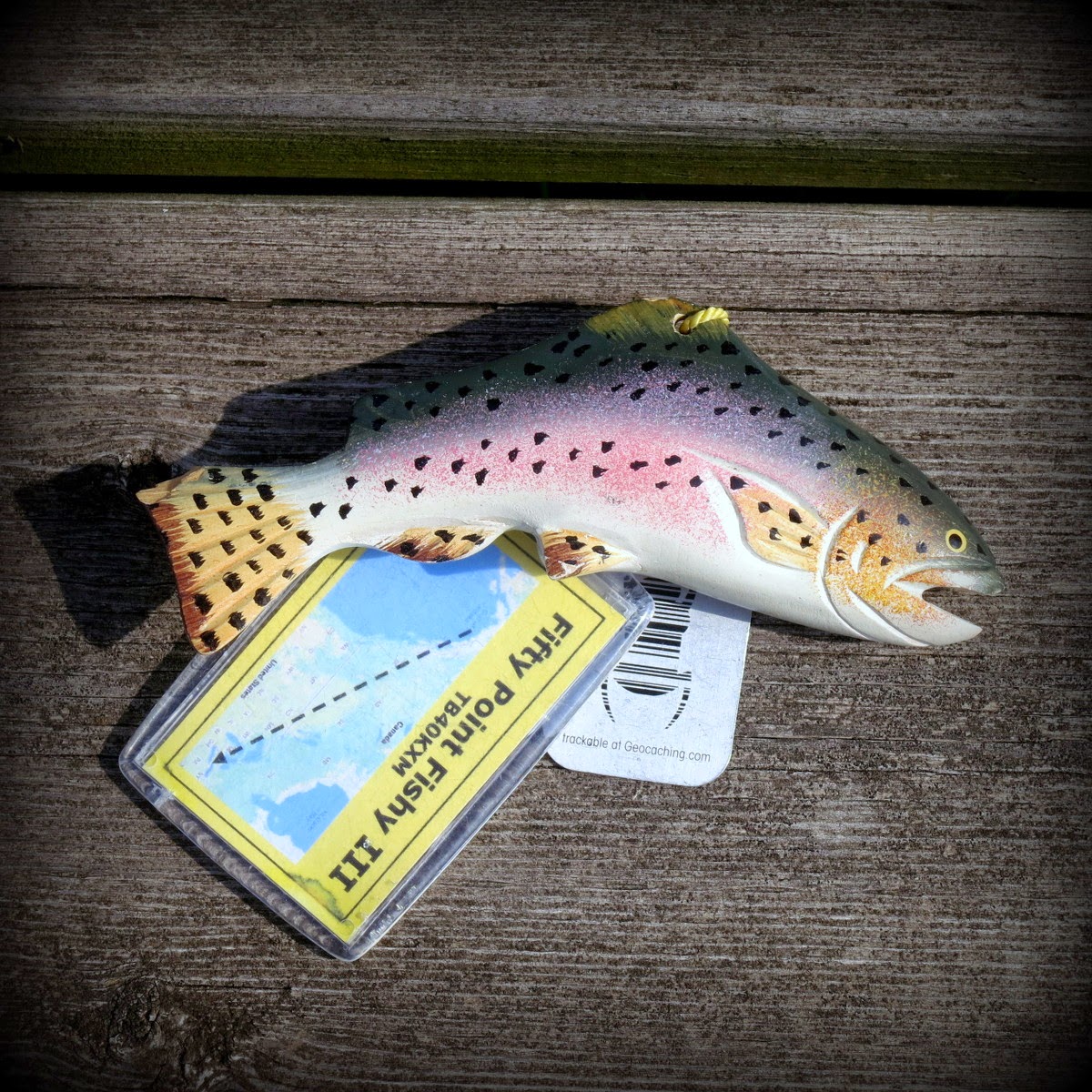 Sometimes you seek out a story, and sometimes they fall into your lap. This is the re-telling of the second type of story.  It begins with a seemingly unrelated road trip.

On May 15th of this year. My family and I had just started on a week long road trip I called the Long Way Round.  We were not in the car for more than 45 minutes before we stopped at a rest area heading south on I40 so I could grab a geocache that was published only a few days before.

One never knows what one will find when they open up a geocache.  So I was not overly surprised to find a fished themed travel bug in the cache we found.  Then I took a closer look at the travel bugs tag.

It was at this point that sharp eared travelers would have heard "You gotta be kidding me!" coming from the woods lining the edge of the rest area.

You see, the tag said the bugs mission was to go to Fifty Point Conservation Area in southern Ontario.

This may not mean a lot to you, or to most people, but I happened to already have plans to Canada a couple months later, and our plans would bring us right past Fifty Point on several days during our trip.

Naturally I grabbed the bug, feeling excited and fortuitous that I could help this bug get back home.  When I got back to the Geovan of Destiny my wife was also tickled at the coincidence of it all.

It was when I got back to the hotel that evening and looked up the details of the TB that things started to get a little surreal.  The TB was released in the Yukon in July 2013.   There was exactly one discover log two days later stating that it was headed to Arizona. After that the logs went silent until I picked it out of a cache in North Carolina 10 months and many thousand miles later.

I have no idea how the TB got there, or what chain of events was required for this TB to land in my hands at the exact moment when I would be driving by (in the wrong direction, no less), in a cache that was less than a week old.  The odds seem remarkably small that this bug would find its way into the hands of, likely, the only person for 100 miles, who was in a position to bring the TB directly home.

Which I was, naturally, more than happy to do. 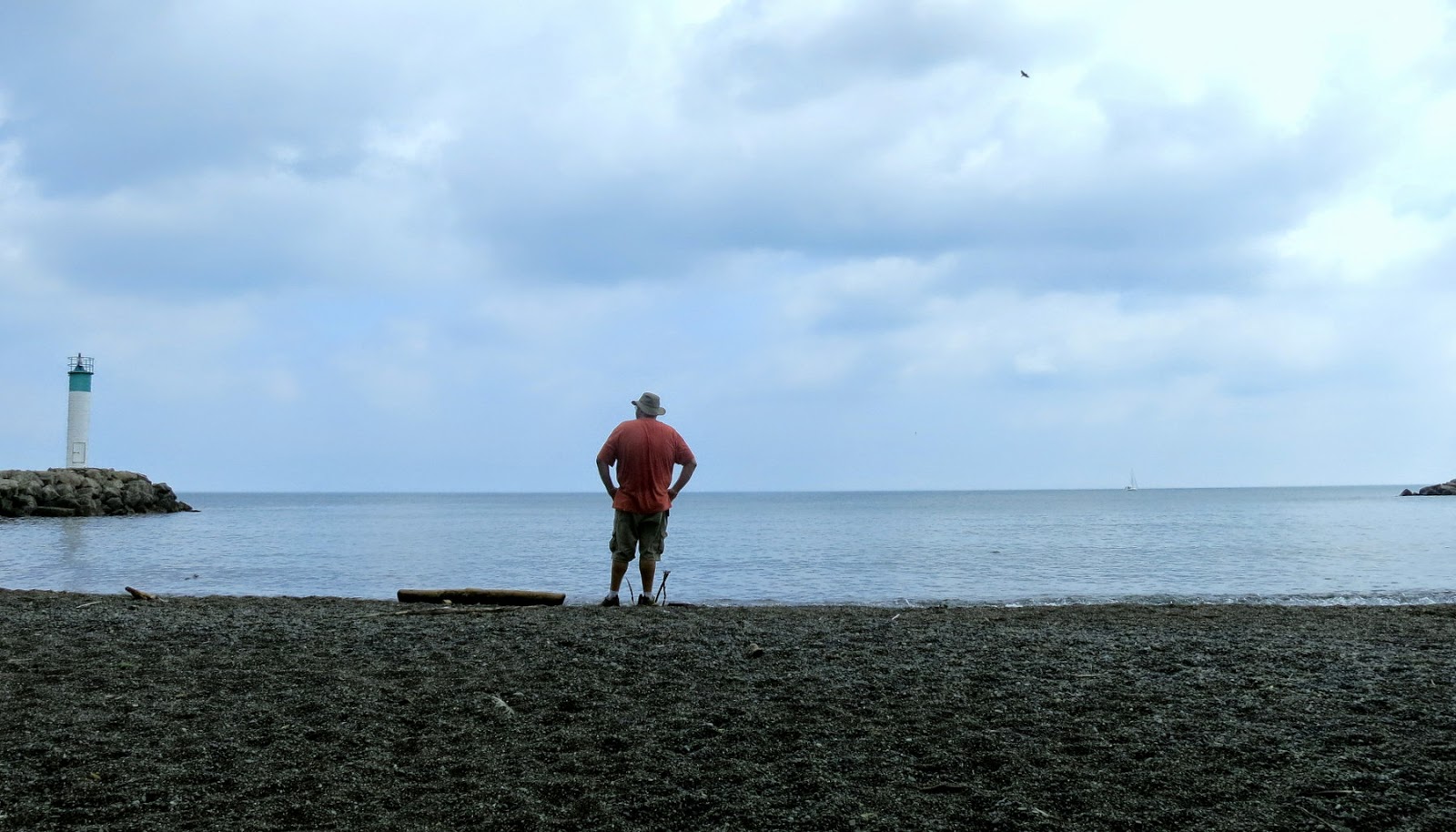 On June 30th I stopped by Fifty Point and dropped the bug off in one of the many caches in the park.  It is a beautiful park on the western shore of Lake Ontario, so I took a few hours to explore the area, and grab some more caches, and to check out the views:

So that is my story of a wayward travel bug that made it back home, despite the odds being against it.  Call it a story of fate, or coincidence, but I am glad I was in the right place at the right time for me to play a part in getting this TB back home.  In the grand scheme of life this is such a trivial event, but its fun when life tosses you into the middle of a story.

Have you had a similar experience?  Drop me a note in the comments below.
Posted by Dave DeBaeremaeker at 7:29 AM