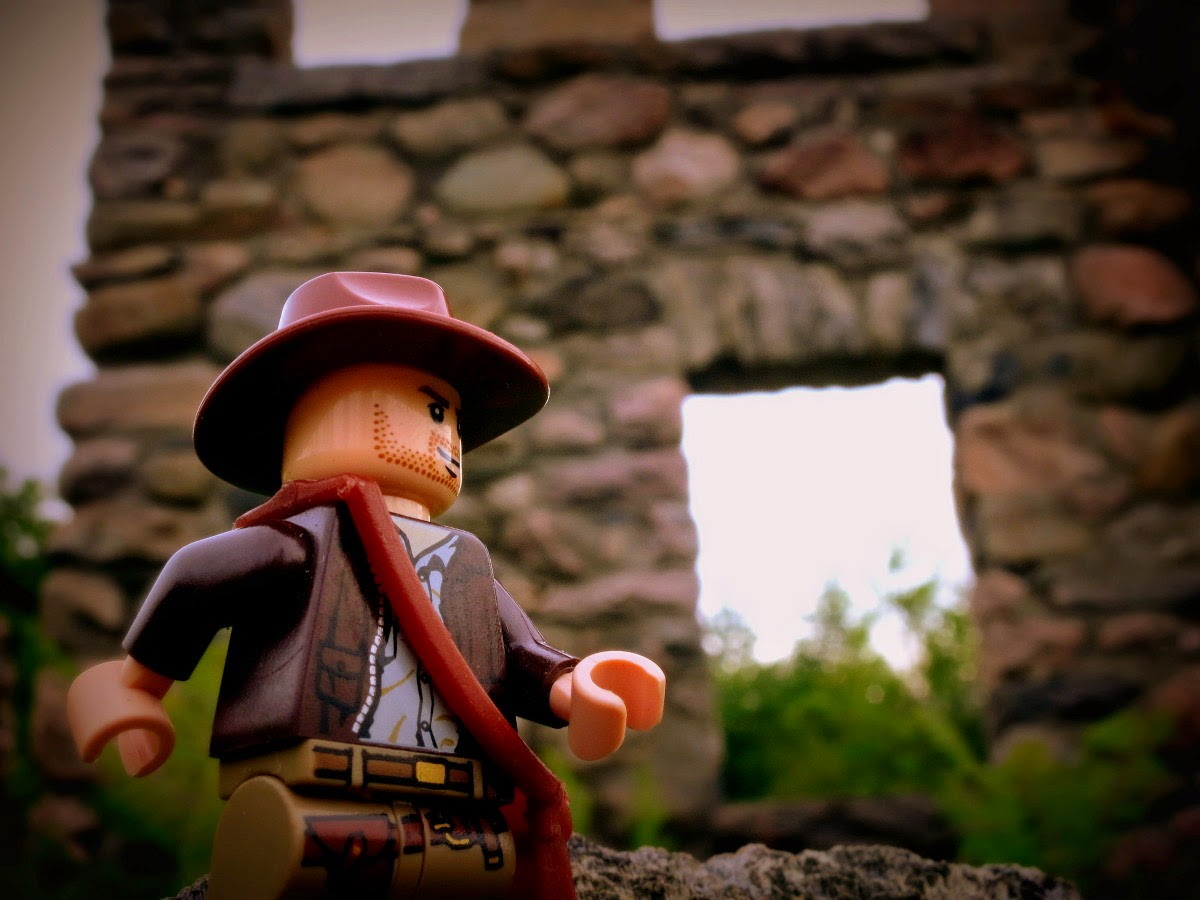 One of the best things about geocaching is discovering things that I would never discover on my own. On my recent road trip thru central Ontario I struck geocaching gold. For deep in the woods by a pretty lake, way off the beaten track, lies the ruins of a castle.

The castle lies in the Blue Mountain region, right beside Collingwood, near Georgian Bay. Two interesting things of note:  I live near the Blue Ridge Mountains in North Carolina, so it was with some amusement that I ended up hiking in Blue mountains 800 miles away, and the range is part of the Niagara Escarpment - that sucker runs a *long* way.

To access the castle one needs to drive down a long dirt road and park at a trail head of the Bruce Trail, and hike 8/10ths of a mile through a nice set of woods.  The path is nice and wide, and the terrain pleasantly smooth.

Somewhere along the line you emerge from the woods into a small clearing.  It is at this point that you get your first look at the ruins of what was once an awesome looking castle. 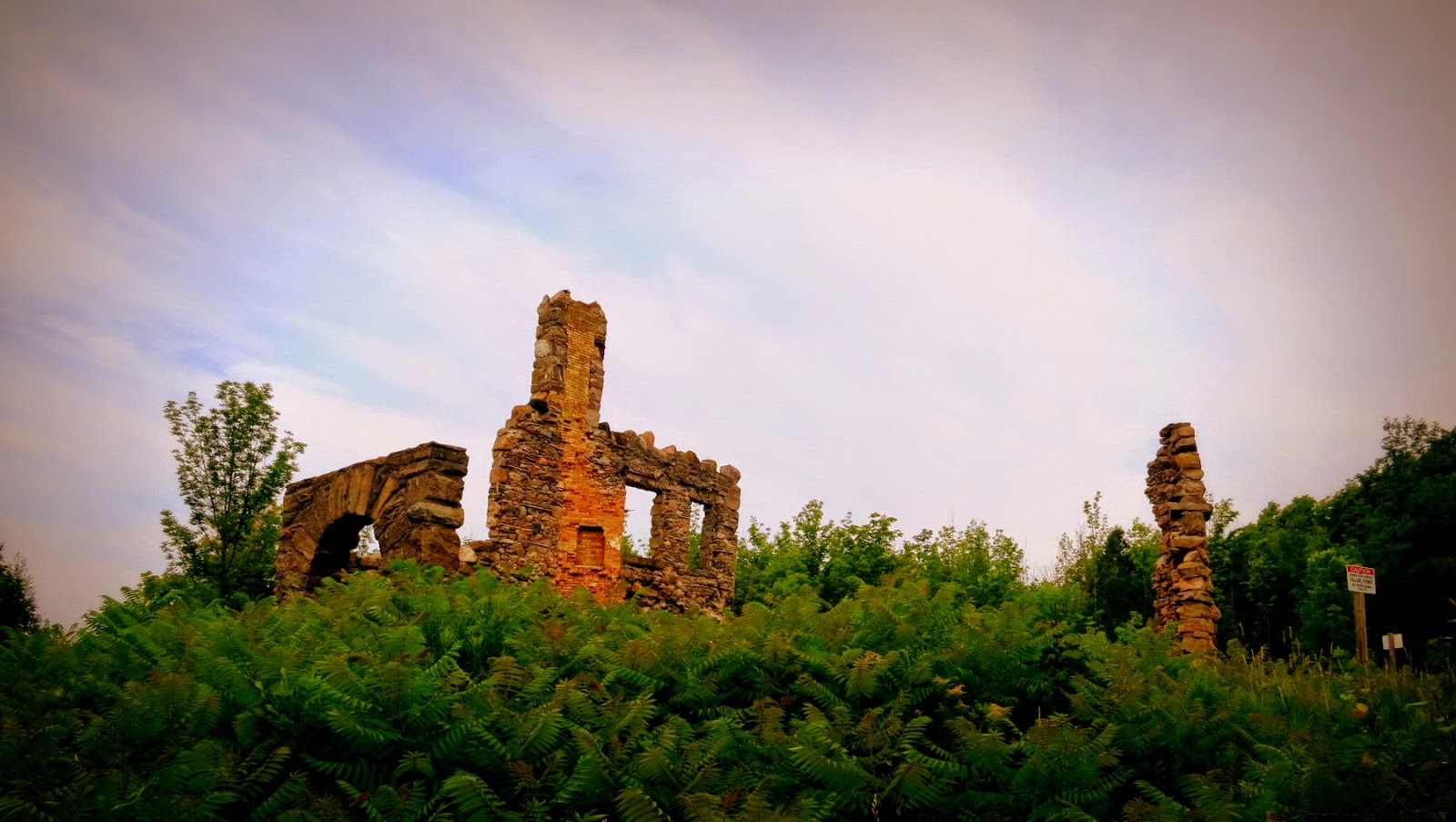 Osler Castle was built in 1893 by a prominent lawyer from Toronto named Britton Bath Osler.  He built it for his sick wife Caroline, as it was believed the clean mountain air would be good for her illness.  Despite the cleaner air, she died 3 years later in 1896.  Osler himself died in 1901, at which time the castle was left empty and abandoned, set adrift to face the ravages of time.

Over the intervening years, nature, vandals, and party goers took their toll on the castle, and it now sits in tattered ruins. 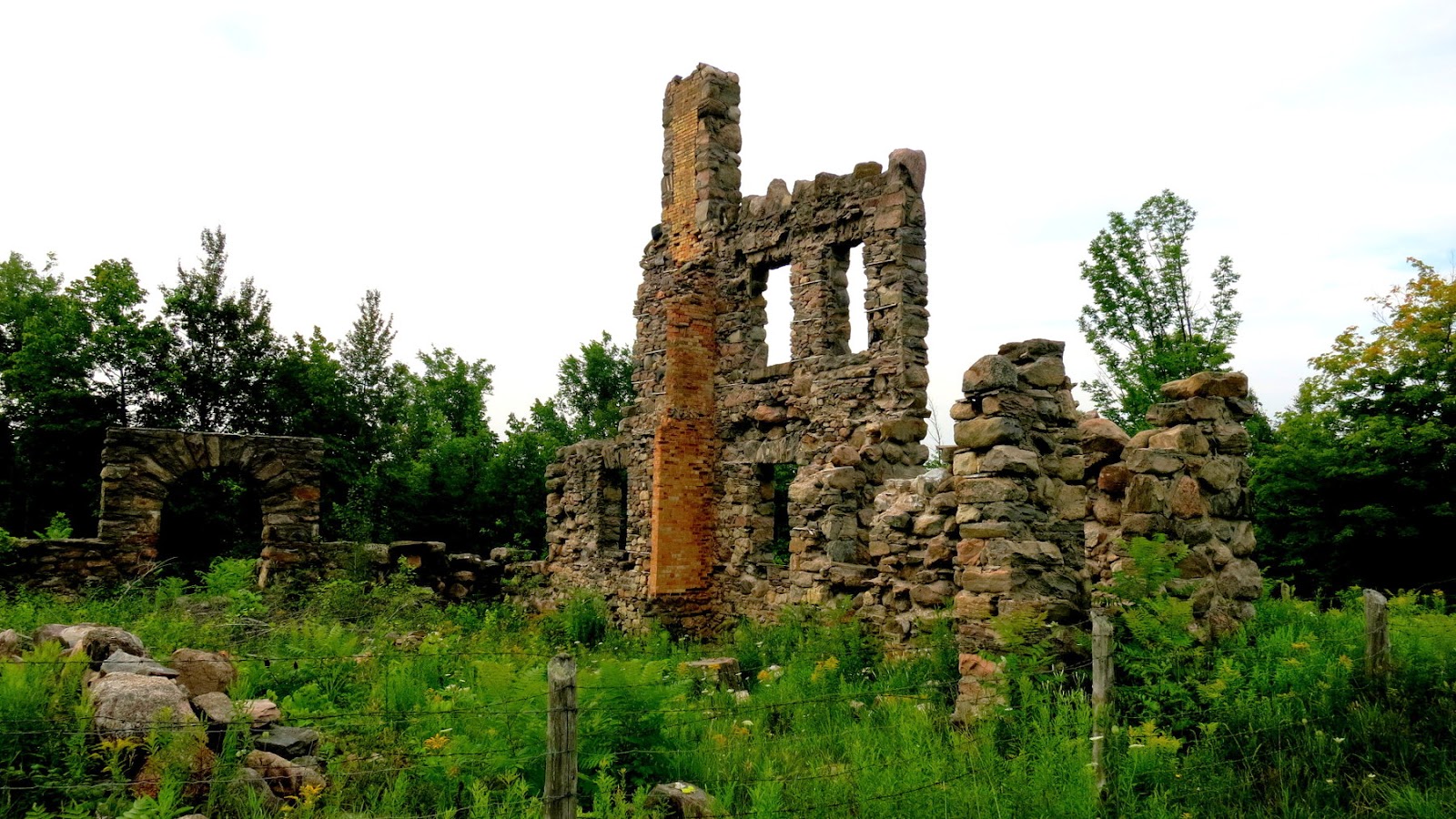 Just a few hundred feet farther down the path from the castle sits a rather picturesque lake.  I imagine the lake would have been visible from the windows in the castle back in the day.  Today its hidden from view by a very mature forest. 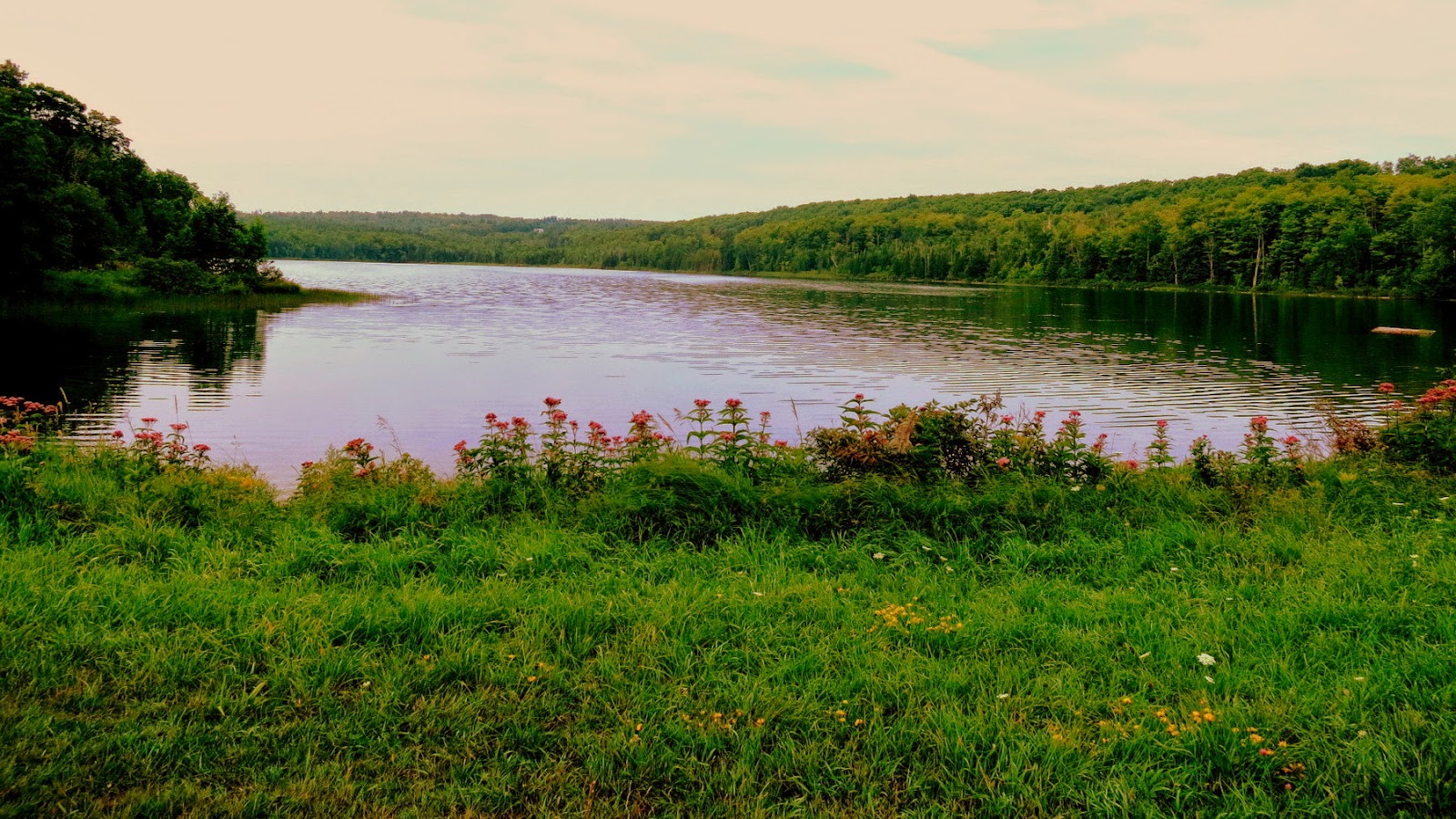 Today the property the castle sits on is owned by a development corporation who has designs to turn the area into a housing development.  However it is hoped the ruins can be preserved due to their historical significance.

I really hope this happens because Canada has enough condos and suburban development, and not nearly enough cool spots like this. 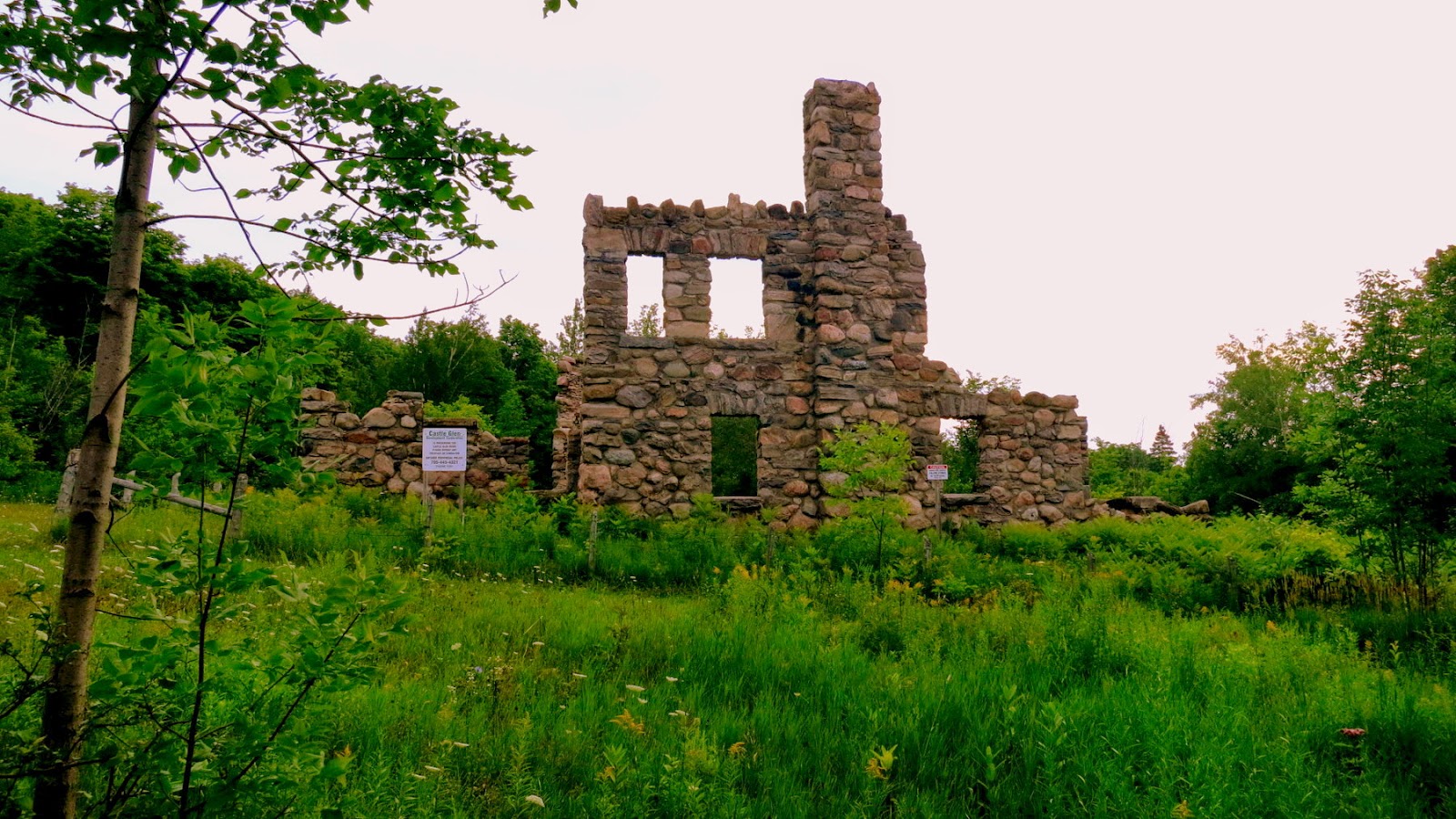 I like ruins.  Ruins are cool.
Posted by Dave DeBaeremaeker at 7:38 PM