Virtual Reality On A Budget 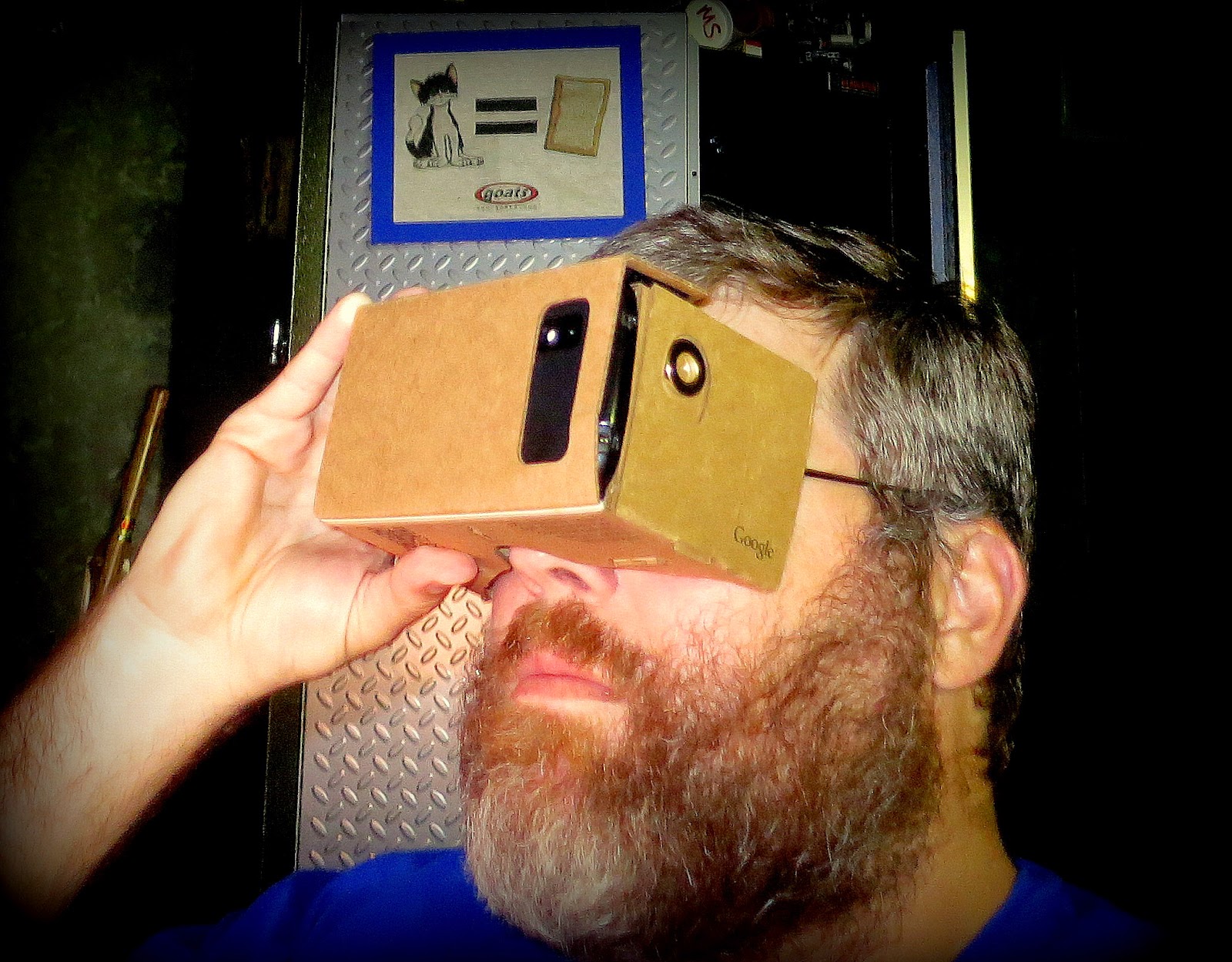 In what is possibly the coolest merging of low tech and high tech, one can now get a very passable virtual reality headset for your Android phone, for approximately $10.

Best part: it is made out of cardboard, with two simple lenses, and a magnet.

It sounds like something an 8 year old would build, but it was actually designed by Google engineers, and it actually works as advertised. Almost like magic.

It is called Google Cardboard, and is basically a cardboard box that holds your phone in front of your eyes in just the right way to allow for a 3D effect.  It then uses your phone display and sensors to show you 3D images that respond to your movements.

To use it you need to download the Cardboard app (free from the Play Store), which has several demos included, such as (among others):  YouTube, Street View, PhotoSphere viewer, and a Google Earth Viewer.

The amazing thing is that it works fantastically well (especially considering it is made from the stuff most other things are shipped in).  I tried out the Google Earth viewer, and you can navigate the world in 3D simply by moving your head around.  This is pretty much what you would expect from any VR headset - but the effect is astoundingly effective.  The resolution is a tad lower than a normal Android display because you are splitting the equivalent of an HD display, however, half an HD display is still a lot of pixels to play with.

Icing on the cake is that it works while wearing glasses, so there are no focus issues for us weak-sighted folk.

It works by splitting the phones display into two halves with the correct parallax distortion between the two to simulate 3D.  You can see how it looks in the screenshot below (looking at the Chicago skyline in the Google Earth demo). 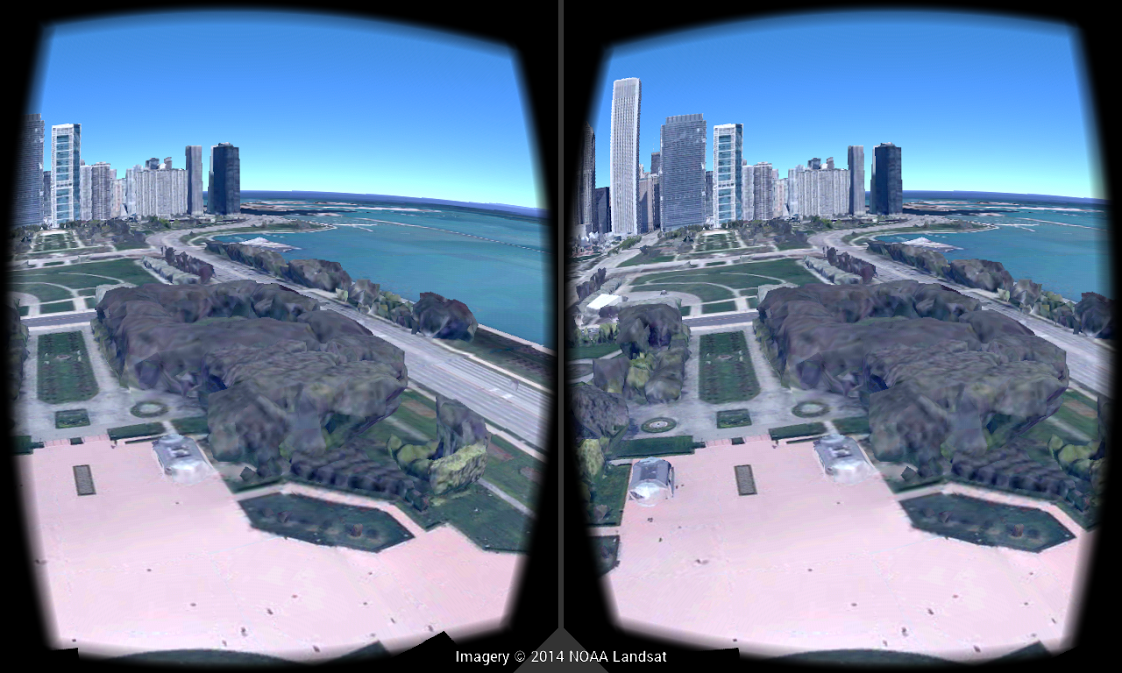 So far the only downside I can see is that it eats your cell phone battery like a fat man at a Chinese buffet, so you'll want to keep your charger handy.

It is impossible to show you what the experience looks like, so you'll have to simply go check it out for yourself.  For $10 it is quite possibly the cheapest entertainment going so you have little to lose. You won't regret it (just make sure you have a compatible Android phone - only a few models are proven to work so far).

You can check out the details for yourself here: https://developers.google.com/cardboard/, and either build your own viewer, or buy one off Amazon.

Tech is finally mind blowing again, and it is awesome.
Disclaimer: As a Google employee I try to stay away from mentioning Google products on this blog - partly to avoid any conflict of interest issues, and partly because this isn't really a tech blog. All opinions are my own, and may not represent Google Inc's stance etc. Aside from sharing a CEO, I have no contact or connection with the folks that built this technology. I didn't really knew it existed until a Cardboard set was handed to me this morning. I am, however, a freshly minted fanboy of the whole idea of VR on the cheap.
Posted by Dave DeBaeremaeker at 9:26 PM