To anyone who has read or watched The Hobbit or Lord Of The Rings, it is obvious that J R R Tolkiens works Are full of song and verse.  Most people picture them as folk tunes, or old time ballads.  However, given the harsh realities of metal and flame that the orcs and Sauron represent, that also feature heavily in Tolkiens works, what if we got it wrong and they are more Mordor than Shire?

Imagine if you will, just for fun, that those songs were actually metal songs, and they were performed by Lego minifigs.

I present to you  my vision of heavy metal album art from a band of characters from Middle Earth: Lego Edition.

UPDATE: I didn't like the old title, so I updated it so something more acceptable (Lego art is such a fickle business). 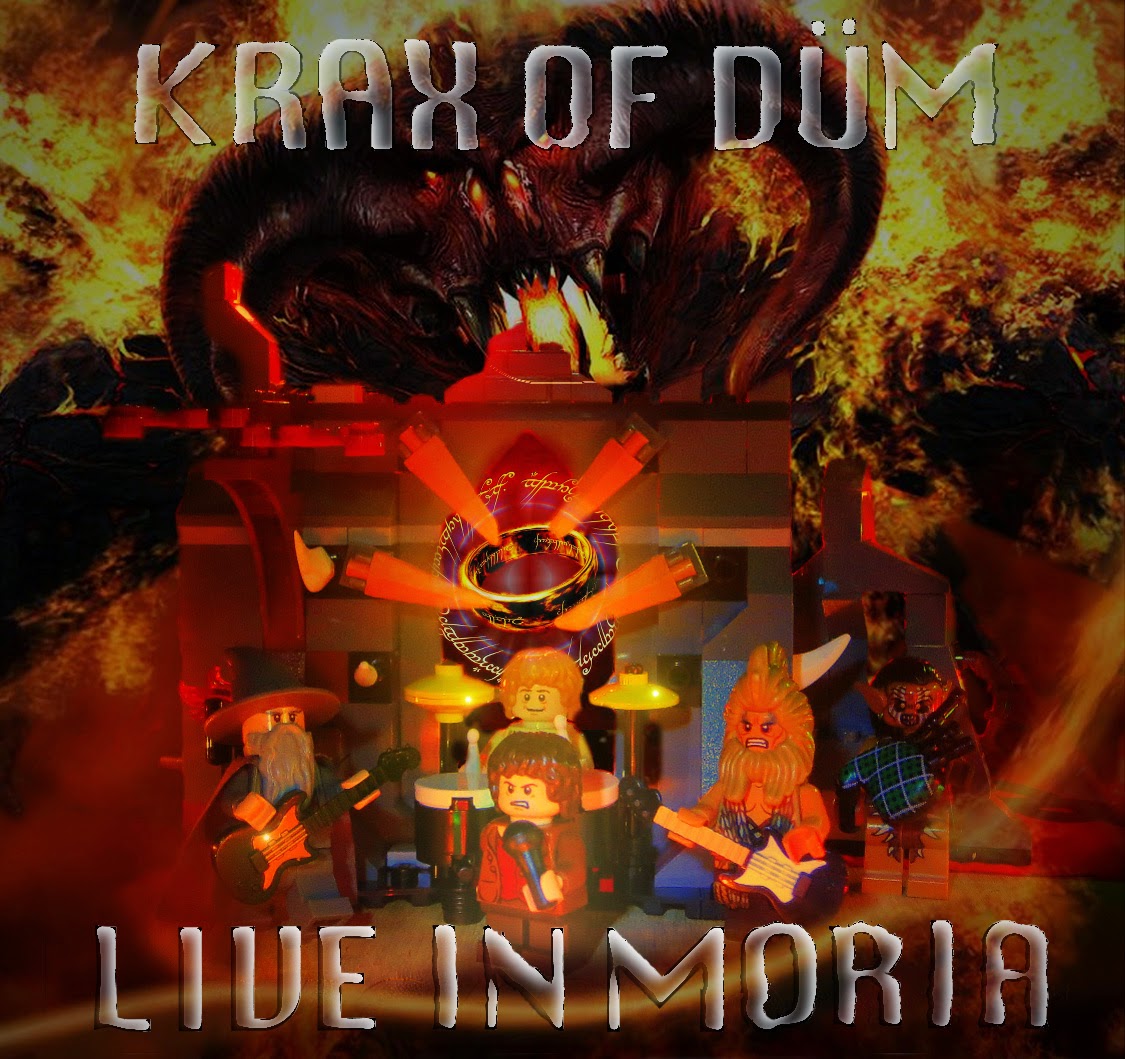 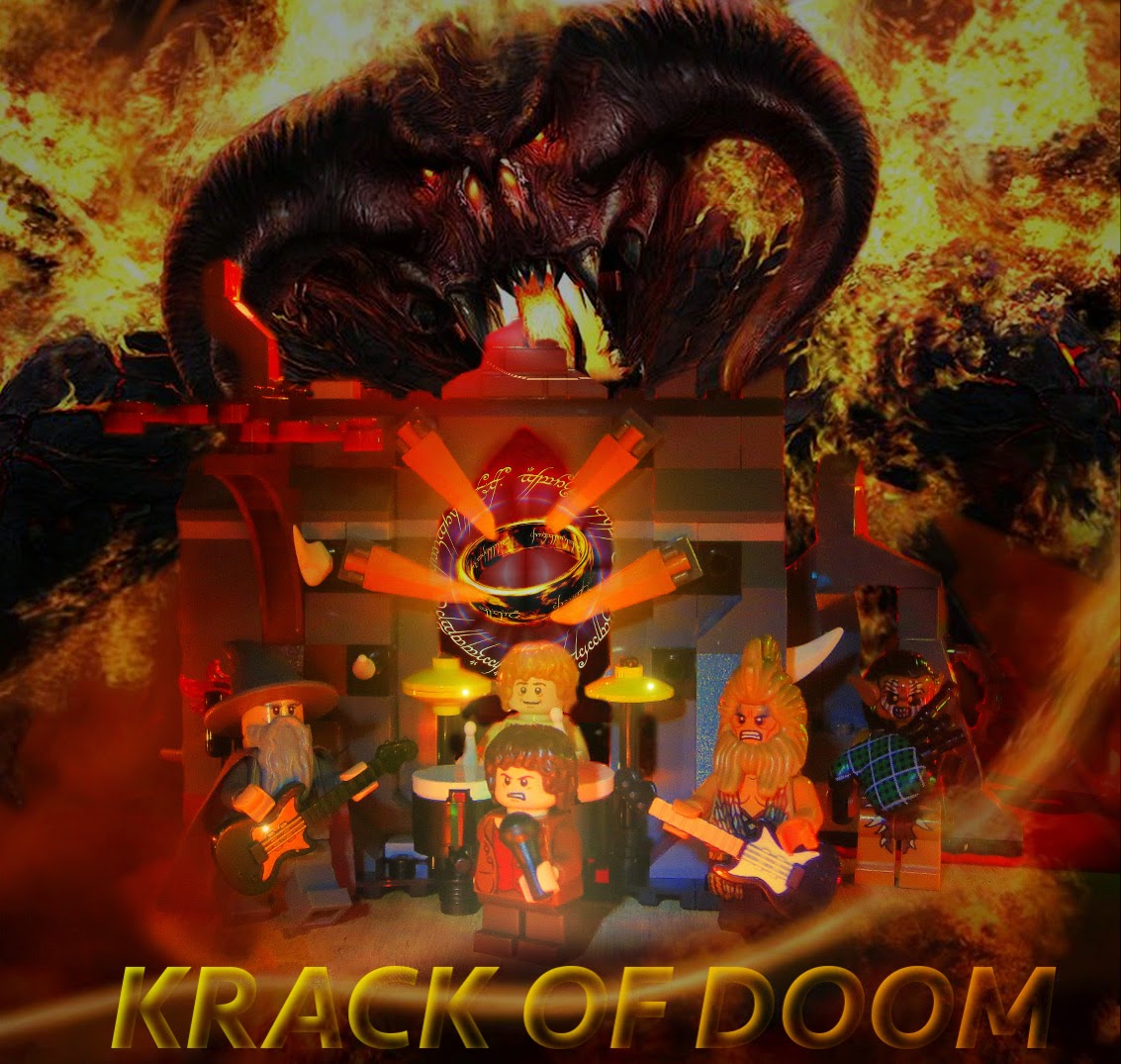