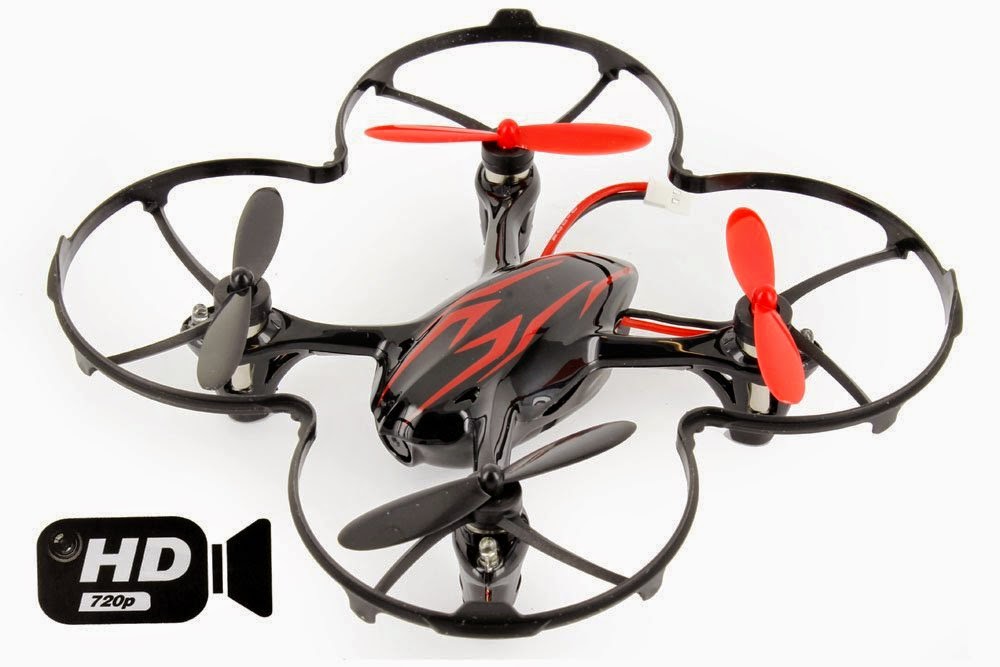 I have been wanting to play with quadcopters for a long time (before they were cool - almost like I was chanelling my inner hipster).   A month or so ago it was reccomended that I start small, so I bought a $75 Hubsan X4 H107C.

The quadcopter is small, about the size of my hand, and fairly rugged, so it makes a good starter kit.  It also comes with a 2MP HD video camera, which takes decent movies.

I have about an hours worth of flight time in at this point, and I've managed to fly it for several minutes before crashing it to the ground like some sort of disaster film.

One issue I am having is that when the quadcopter turns, it seems to also gain altitude, so I have to adjust the throttle, which sometimes causes it to plummet to the ground, so bouncing it off the lawn has become sort of a past time with me.

I have a video of some of my first attempts at flight, followed by some action shots.  Very exciting.

Note at the end I was able to land the drone in my hand.  Not bad for an hours practice, eh?

I have found launching from my hand works best, as well. 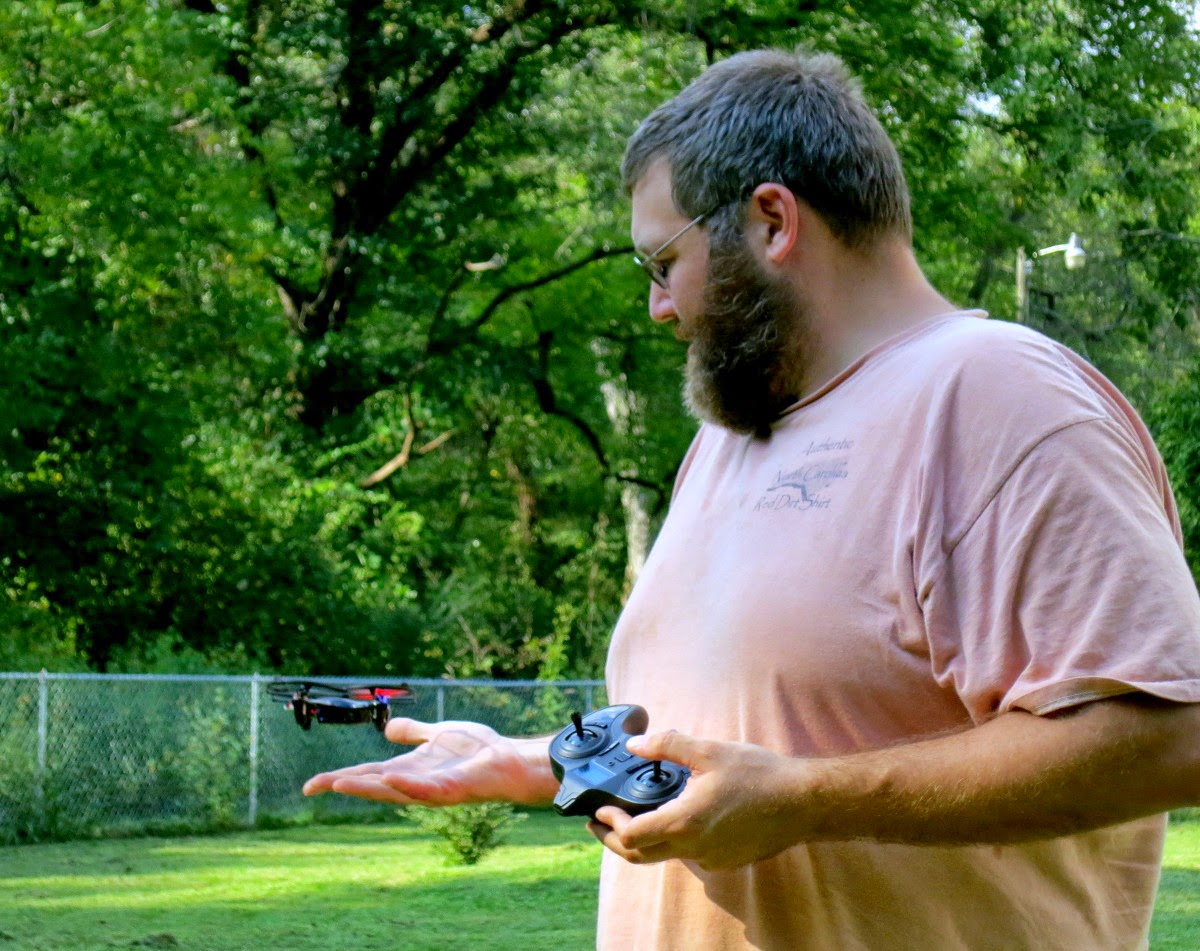 Don't let the small size fool you - this thing can move.  It doesn't take long for it to whisk its way across my back yard, and get lost in the grass. At times the kids have functioned as a search and rescue crew (handy, that). 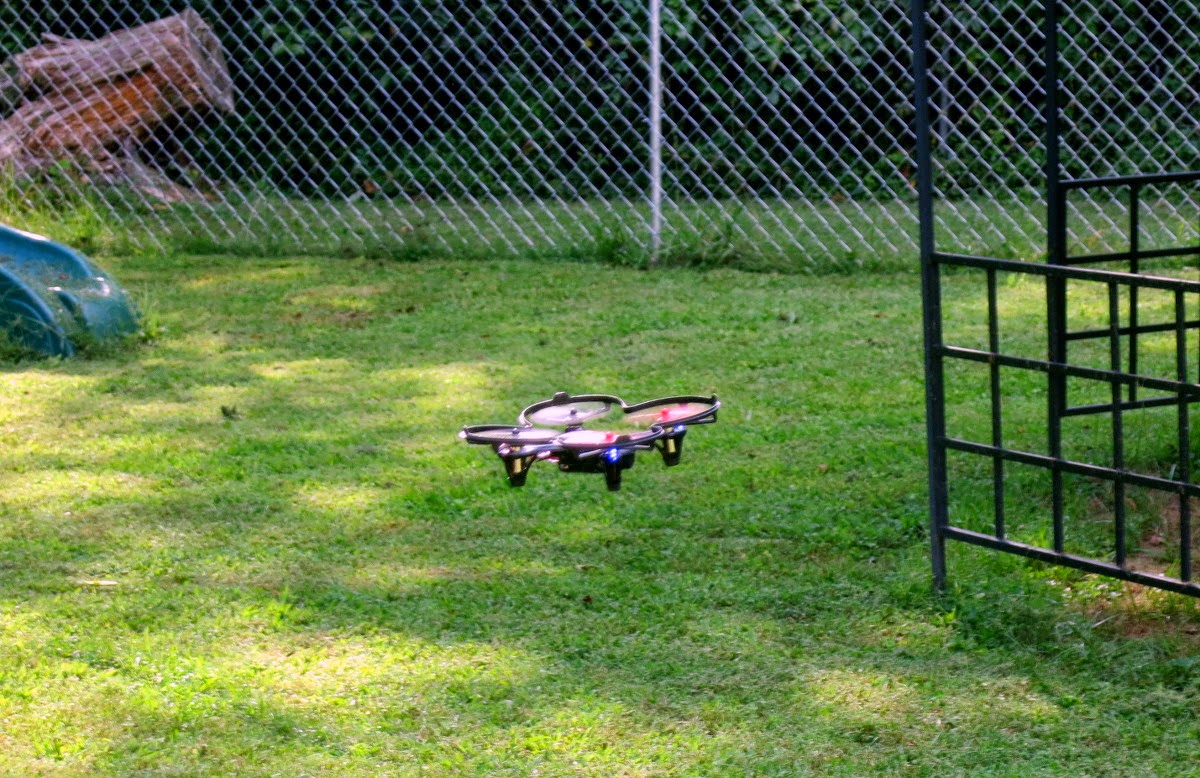 It also takes a disturbingly short period of time to get really high up.  Being so small, I have lost it a couple times in the sun.  I've also bounced it off the roof. Fortunately it landed on the driveway at the front of the house. (Disturbingly I was in the backyard at the time). 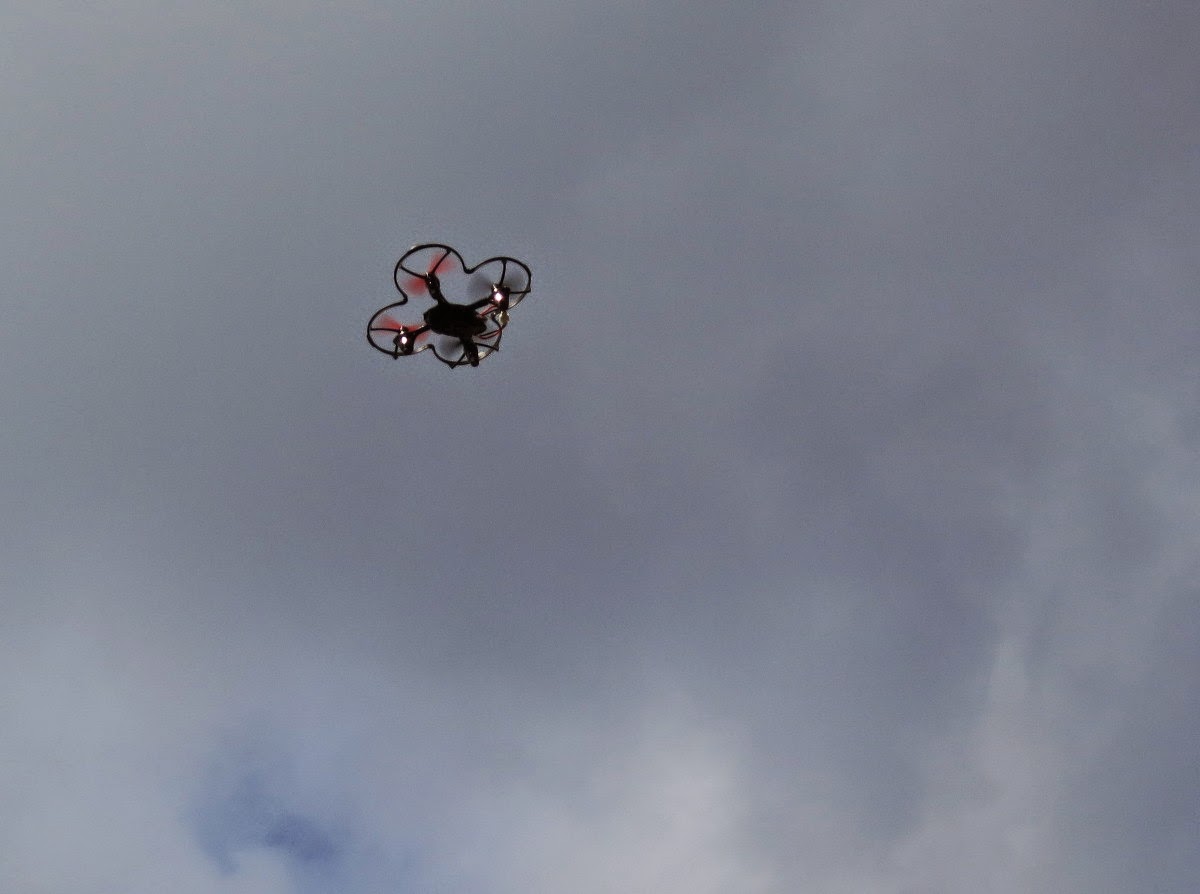 This is promising to become a lot of fun.

It doesn't have a name yet tho.  I am thinking of calling it 'Mosquito', cause its small, and makes a whiny drone when the blades are spinning.  What do you think?  Suggestions welcome.
Posted by Dave DeBaeremaeker at 9:18 PM