I have almost come to the end of my research into unearthed historical photos of the Millennium Falcon, original designation YT-1300 492727ZED from the Corellian Ship Yard archives.  This series includes all my results.

Visual records show that one of the last things to be installed onto the Falcon is the cockpit canopy. 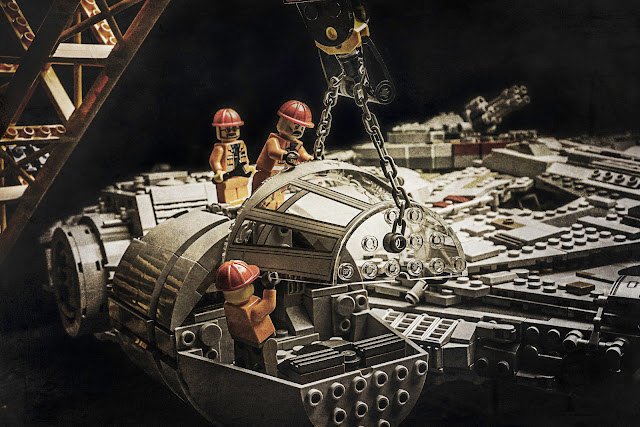 After the canopy was installed all that was left to do was some fine tuning of the computer system, a final update to the Dejarik table, and fueling up the engines.

As is traditional with ships, the final step before launch was the christening of the ship by breaking a bottle of the finest Corellian Ale over the bow by a dignitary of some renown.

In a weird quirk of fate it is unknown who the renown dignitary was, but it assumed she was a dilettante, and likely a mistress of the foreman as is the (just made up by me) Corellian tradition. 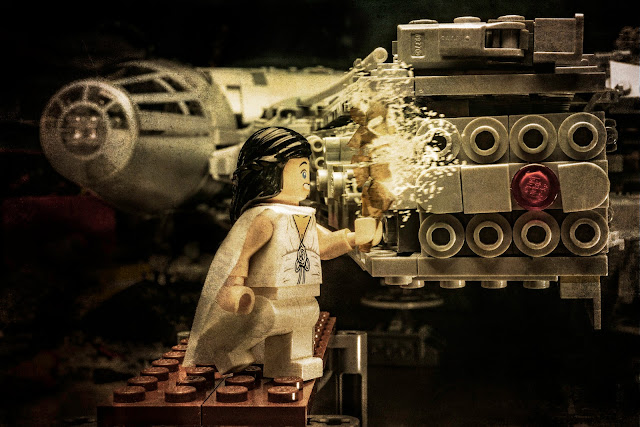 This is the last of the information I have been able to unearth about the Falcon's construction.  I have managed to piece together the majority of the story, but there are some loose threads.

For example, there is this weird note found at the bottom of the box of records that just had two faded words "Filming permit", and "Scene 7a - '/..kie.".    Weird, right?  If I figure out what that means I'll let you know.
Posted by Dave DeBaeremaeker at 9:15 PM