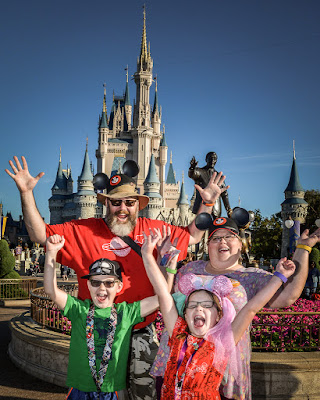 Our fourth and last day in the Disney Parks brought us to the granddaddy of all of the Orlando parks:  Magic Kingdom.

Not surprising Magic Kingdom feels the most like classic Disney of all the parks, so to celebrate I don'd my Mickey Mouse ears and went about the business of choking back my dislike for the classic Disney tropes and getting into the spirit of things.

This, of course, involved tying Mickey Mouse ears to my Tilley hat... but you likely already figured that out..

We started by getting a family photo taken in front of the Disney Castle.

All throughout the parks are various photographers that are set up to take photos of folks - ya know, for memories and stuff.  We signed up for a package that lets us have all of those images for free.  I am not sure if we had enough taken to pay for that package, but in the moment it was nice to not have to get the hard sell for tourist photos.

Plus, sometimes, the pictures would have something extra added to them, like Tinkerbell. 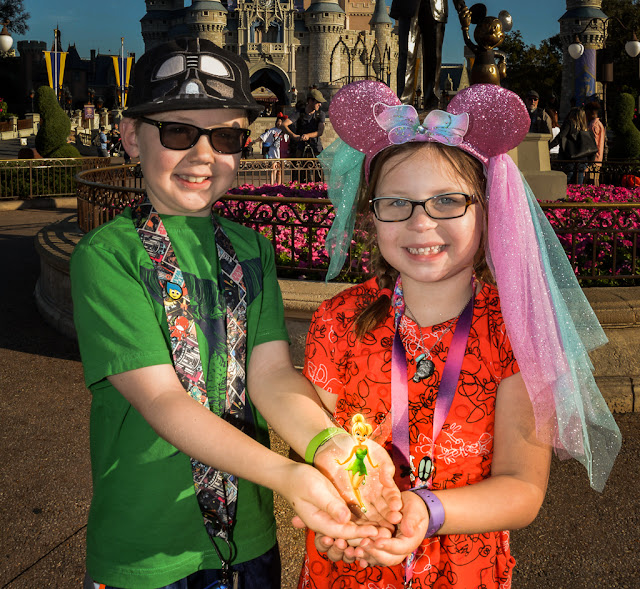 We did a bunch of rides.   I must say Disney is pretty good about making rides that fit larger people, and people with bags, cameras and other stuff.  Something other theme parks I've been to do way more poorly.

I was surprised to find the kids loved Big Thunder Mountain Railroad, and Zeke found Splash Mountain "the best ride EVER!" (neither seem to be thrill seekers.) 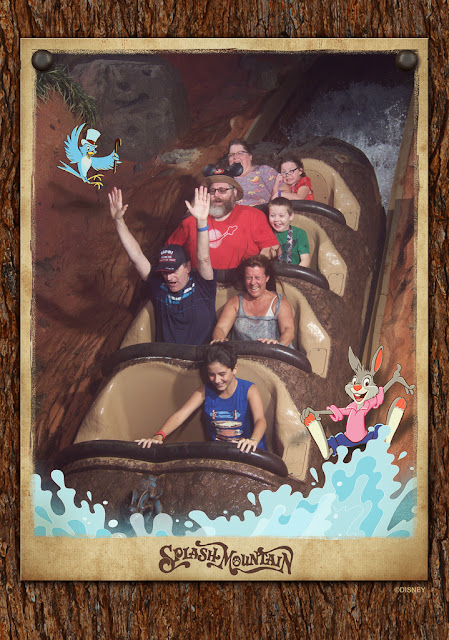 Neither kid liked the classic Pirates of the Caribbean ride, and I don't blame them.  It is rather dull.  Plus they've never seen the movie.  I have, but the ride seemed pointless. 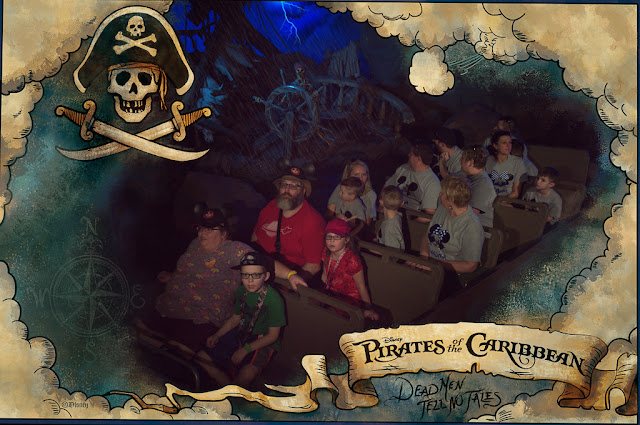 We hung out for the day, with the plans to get a good place in the crowd to see the fireworks show that evening.

We hung out on Tom Sawyers island, caught some extra rides, ate food, and generally did park things like park folk tend to do.

Somewhere along the way a dance party drove by. 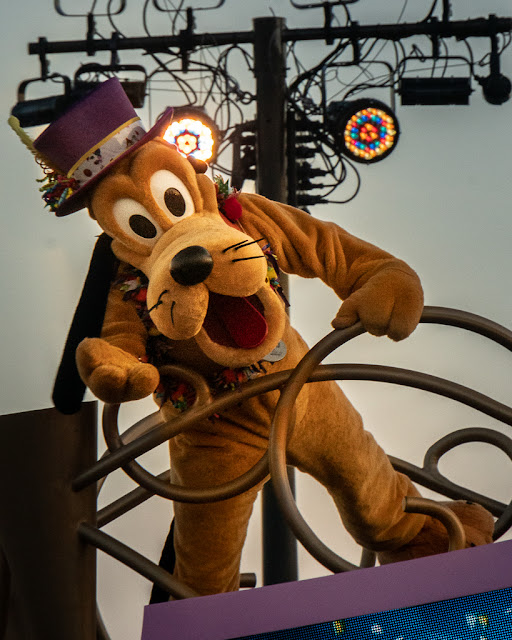 So I danced with the Mickster.  It was... ok.  Mickey really needs to learn the phrase "Classic rock" 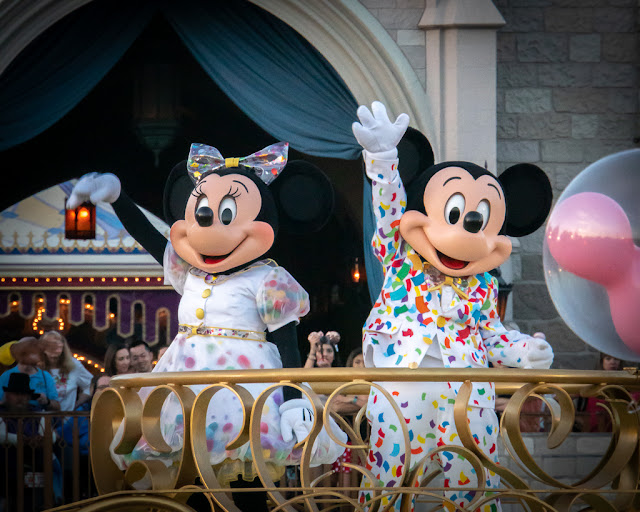 After several hours of holding down the fort at a good viewing angle for the fireworks, it was time to watch the show. 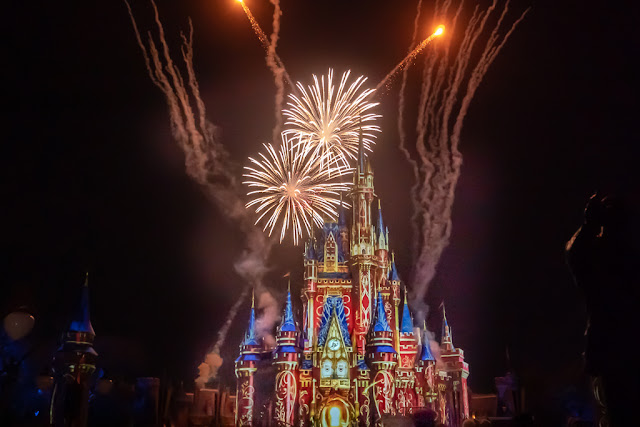 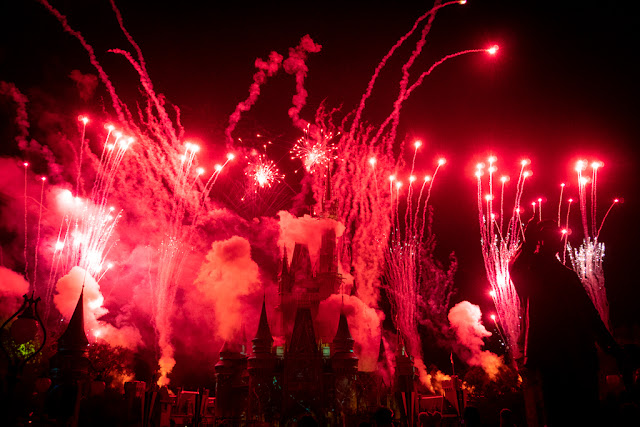 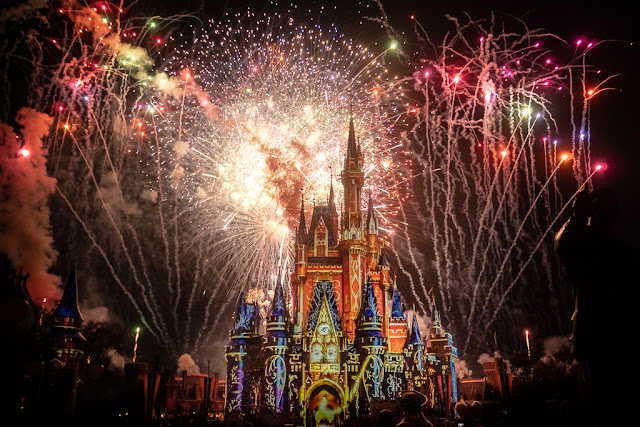 It was a heck of a show, and well worth the wait.  A perfect way to end our Disney vacation.

The next day we flew home. If you want to know what that was like, re-read the first post in this series backwards.

Disney was actually decent.  I could actually be persuaded to return, tho if I do I am going to ensure our magic Disney Fairy, Missy, is on call.  That is the true Disney Magic.
Posted by Dave DeBaeremaeker at 5:58 PM