Round 25 Deep Dive: Leaf and Moon

After giving this a lot of thought I decided that my concept for leaf would be a marble statue with a strategically placed leaf.

I have a generic male figure that I figured could be used as a base, then I could add a marble texture over it in Photoshop.   So I grabbed the figure and started playing with it, trying to come up with a pose.

As I was playing with the figure I got a different concept in mind. The idea was a line of these generic figures, like at a model competition or something, holding leaves in strategic places.  And to add some humour I had one with an extra large leaf (size does matter), and his neighbour sneaking a peak.

I only had one figure, so I reposed the same figure in 3 different ways, and put them together into the same shot. 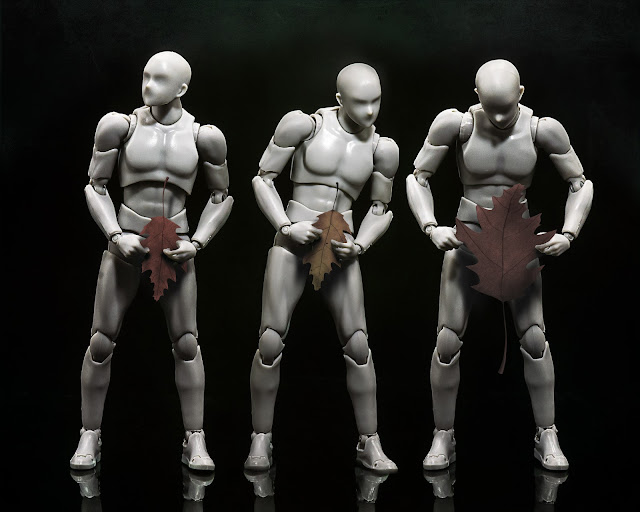 Whenever I see an image or a scene in real life that piques my interest on an inspiration level, I squirrel it away into a folder on my computer called 'ideas'.  When I need some inspiration I scroll through the ideas folder and see if any ideas are sparked.

When I got the list of words for Round 25, one of the first things I did was scroll through my ideas folder, and found a movie poster for The Martian.  That sparked the idea of recreating that poster, but with the moon instead of mars.

I used LEGO since I had a moon lander and an astronaut.  I set up a moonscape in my lightbox made out of baking powder, placed my figures, then shot my image.  I then flipped it upside down, and added some space footage from NASA (Note:  NASA footage is in the public domain, so as a US taxpayer, those images are my tax dollars at work). 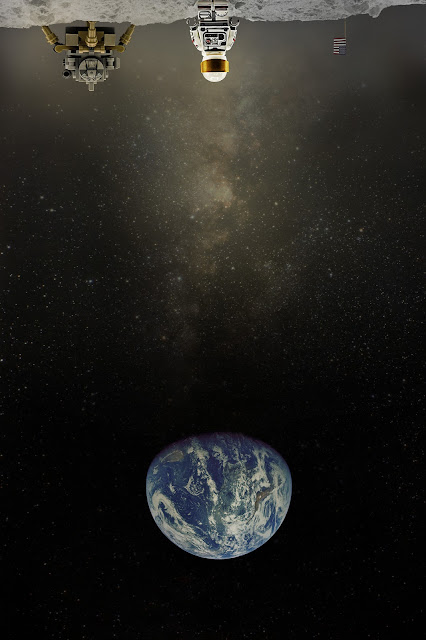